Marcus (played by Darcy Grey) has been doing everything in his power to get Charles (Kevin Mathurin) on his side, not wanting to make it awkward for Ethan (Emile John). It seems the electrician and the vicar have formed a bromance in recent weeks on Emmerdale and it has now got to the point where the lawyer is being brushed to the side. However, following Thursday’s episode of the ITV soap, it could be Marcus is all ready to move on from his boyfriend as he has eyed up another villager to make a pass at.

The drama began in the latest episode of the weeknight serial drama as Marcus and Ethan were making plans to go to a Pride event.

As they arrived at the village shop to get some drinks, Charles wasn’t too far behind them as he was still feeling lonely with his partner, Manpreet Sharma (Rebecca Sarker), being in Ibiza.

He told the two men he was going to cook them some steaks, despite the boyfriends already having plans, but they both felt sorry for him.

With the drinks flowing and Charles in good spirits, he decided to spill some of his son’s embarrassing secrets to his partner.

Ethan was far from impressed but Marcus on the other hand seemed to be lapping up the vicar’s attempts to feel more at home. 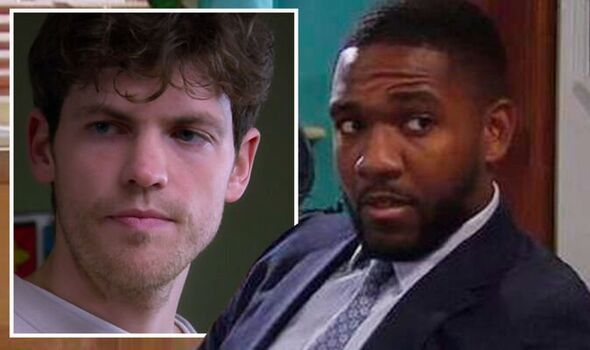 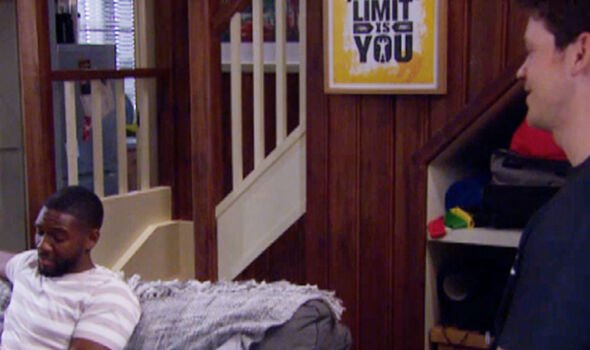 As Charles headed into the kitchen to check on the steaks, Ethan said: “I’m going to kill him,” with Marcus jumping to his defence as he remarked: “I think he’s great.”

“Your lucky he’s not your dad,” the lawyer added, forgetting how his boyfriend’s father was villain Pierce Harris (Jonathan Wrather).

Trying to move past the comment, Marcus explained to his partner: “He actually wants to spend time with you. I think that’s really cool.”

Catching on to the bond between his boyfriend and his father, Ethan replied: “I don’t know, I think he would rather spend time with you.”

“Story of my life, everyone else’s dads always love me, but mine, well, you know the story,” the electrician added. 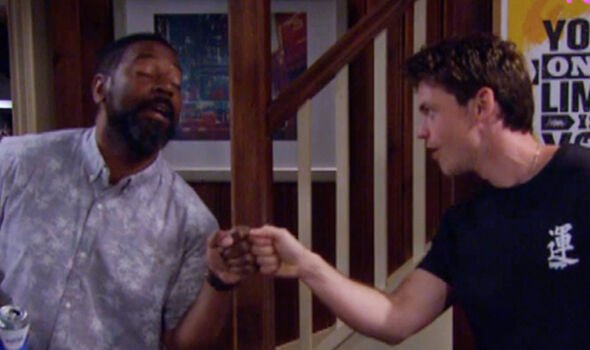 No point trying to fight it

Charles came back into the room as he asked Marcus if he wanted to cook the steaks with him and learn how to cook them to perfection.

Although time was pressing ahead and they needed to get to the Pride event, Ethan said it was fine for them to spend some time together.

He was secretly annoyed, however, and later in the episode, he couldn’t keep on top of his suppressed feelings any longer.

When his boyfriend came back into the room, Ethan told him his father seemed to “love” him and Marcus joked: “I’m like the nice son he never had.”

“I see what’s going on here, I’m being dad-jacked am I?” he jibed, with his boyfriend telling him when Manpreet got back to the village, they wouldn’t see him “for dust.” 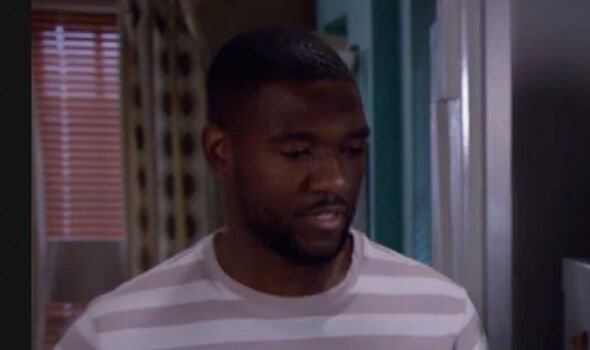 “But until then, there is no point trying to hide it,” Marcus continued, telling Ethan: “He’s here, he cooks a mean steak and let’s be honest, his choice in music is kind of wicked.”

“Please don’t let him hear you say that, you won’t hear the end of it,” the lawyer replied before Charles came into the room and got Marcus dancing with him.

Annoyed at the fact he wasn’t getting any alone time with his partner, Ethan said he would go and clean the rest of the dishes.

He left his boyfriend and the vicar dancing away but this could be the start of Marcus falling for Charles in a shock twist.

Although he seems to have adopted Charles as a father figure, he could actually develop feelings for the churchgoer.

Having had enough of Ethan, he could decide he was going to make his move on Charles and kiss him, betraying his boyfriend.

At first, the vicar could be horrified as he didn’t realise his possible future son-in-law thought of him in that way.

He would want to tell Ethan but there could also be a part of him which wished he could be closer to Marcus on a romantic level.

Never having expressed an interest in being romantic with a man, this could be new territory for Charles to try and comprehend.

As he comes face to face with Marcus to talk through what happened, will Charles end up reciprocating the electrician’s feelings for him?

The actor who plays Ethan, Emile, has previously spoken out about how the future might not be too bright for his character and Marcus.

Emile told Express.co.uk and other media: “They’ve got a nice thing going on. I think Charles [Anderson] is obviously quite unpredictable but it’s all coming from a good place.

“Ethan, up until now, has had the worst luck when it comes to guys. So it’s lovely to see Ethan really starting to sort of build a true connection with someone.

“If it were up to me, they would have a long future together. But it is a soap so we’ll see what happens,” he added.

So is this a precursor to what’s coming up for the couple as they are torn apart forever?

Emmerdale airs weekdays at 7:30pm on ITV, with an hour-long episode airing on Thursdays.