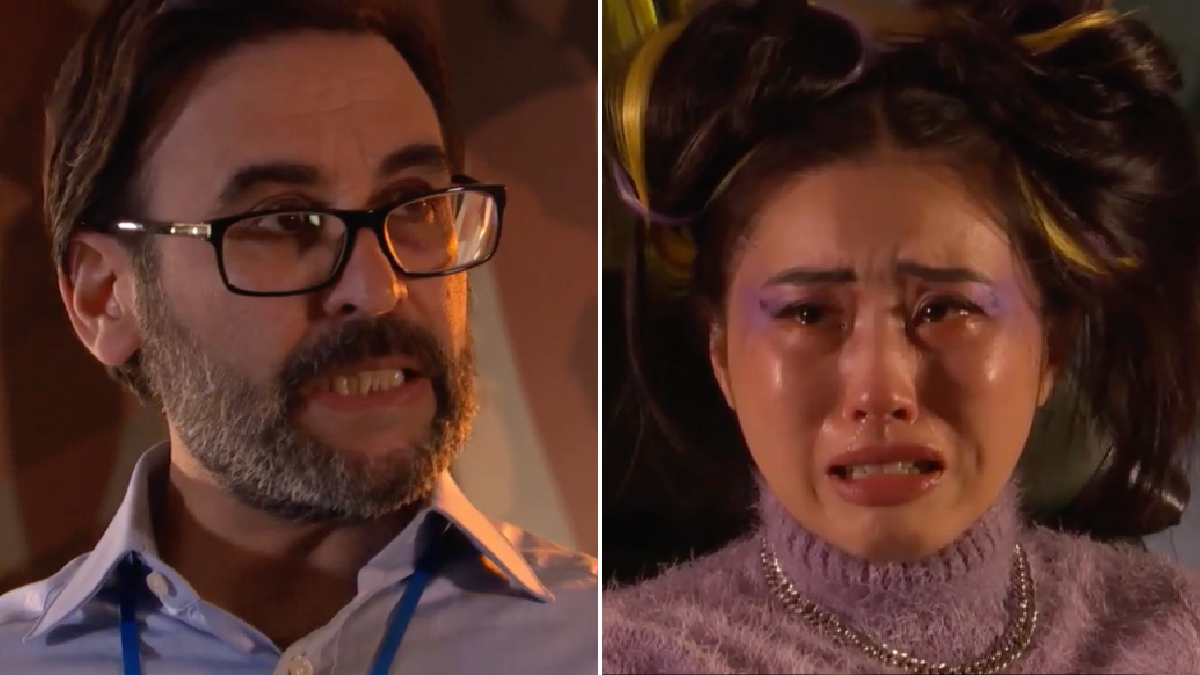 Serena Chen-Williams’ (Emma Lau) future hopes and dreams are hanging in the balance in Hollyoaks, after she suffered a serious fall.

The athlete enjoyed a night out with sister’s Lizzie (Lily Best) and Maxine Minniver (Nikki Sanderson), celebrating the fact that she’d qualified for the Commonwealth games.

Tragedy, however, struck, as a tipsy Serena climbed structure in the park, hoping to outdo Maxine, who had scaled the climbing frame moments earlier.

Maxine declared Serena the winner of the challenge, and chucked the medal towards her. Serena attempted to grab the gold, but she ultimately fell to the floor.

Ali Shahzad (Raji James), meanwhile, started to realise that – despite being acquitted – the members of the hospital are firmly supporting Misbah Maalik (Harvey Virdi).

With patients storming out and refusing to be treated by him, the rapist was enraged, and thus when Serena was taken into the hospital with a broken leg, he saw an opportunity to take back control.

Ali claimed that he could ‘fix’ Serena’s broken leg, so that she could still take part in the Commonwealth games. Maxine, however, was quick to remind everyone that Ali was an oncologist.

‘And a surgeon’, replied the vile doctor, before taking Serena into surgery.

Will Serena lose everything at the hands of evil Ali?

Actress Harvey Virdi, who plays Misbah, told Metro.co.uk that Ali’s attempts to assert his control ultimately undermine him even further, so will Serena pay a huge price as a result?

‘He starts trying to “prove” that he’s the “big” doctor – the big I am,’ said Harvey. ‘Using his reputation and his career. But the more he does that, the more he starts to undermine himself. He starts making decisions that are going to lead to him getting his comeuppance.’

Hollyoaks continues Friday July 1 at 7pm on E4, or stream the next episode from midnight on All4.