Australia will become the first country in the world to offer self-testing swabs to all women due for their cervical cancer screening.

From July 1, women aged 25 to 74 will be able to collect their own sample to test for the human papillomavirus (HPV) rather than undergo a speculum examination, under a major update to the National Cervical Screening Program. 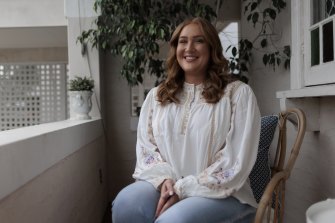 Caitlin Rose’s first cervical cancer test detected HPV that puts her at heightened risk of developing the cancer. She will be opting for self-collection for her six-monthly tests.Credit:Brook Mitchell

Cancer prevention experts say the prospect of the speculum exam performed by a doctor or nurse has been a major barrier to the life-saving test, particularly for women with a history of sexual trauma, or those with cultural or religious sensitivities.

Professor Marion Saville, executive director at the Australian Centre for the Prevention of Cervical Cancer, said offering self-testing kits would be crucial for survivors of sexual abuse, Aboriginal and Torres Strait Islander women, women from culturally and linguistically diverse backgrounds, post-menopausal women, women with disability and trans men with cervixes.

“Australia is a world leader in cervical cancer control, but we have got some pretty important challenges with equity, and the single biggest risk factor for developing this cancer is not being screened,” Saville said. 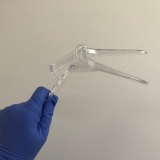 “There have been a proportion of people that we have never reached with the screening program, and we are never going to reach with a speculum,” Professor Saville said. “For cultural or religious reasons some communities are not comfortable with speculum insertion even when it is done by a woman,” she said.

“In the LGBTQI community … trans men, in particular, have a lot of physical and mental discomfort with a pelvic exam.”

Seven out of 10 people diagnosed with cervical cancer have never been screened or are overdue for their screening, national data shows.

Caitlin Rose was 21 years old and overdue for her screening when her then-partner pushed her to visit the doctor. Her HPV test detected subtypes of the virus that are responsible for 70 per cent of cervical cancers and precancerous lesions.

“Something that I had thought was not a big deal and I had been deferring for years suddenly became this really serious, potential cancerous thing,” Rose said, now 27, said.

What happens after your HPV test?

A biopsy detected no cancer cells, “but this is now something I really need to keep a very close eye on,” she said. Rose, now 27, has HPV tests every six months.

“I still have girlfriends who just keep putting it off because it’s uncomfortable … Now that we have the option to do it ourselves it takes out that element of discomfort both physically and mentally,” she said.

An estimated 900 women were diagnosed with cervical cancer, and 237 died of the disease in Australia 2021.

Women due for their HPV test can visit their GPs as usual where their doctor or nurse will explain both sample collection options and offer a private place to collect a sample using a PCR swab.

“It doesn’t need to get up to the cervix, Saville said. “It’s very easy and straight-forward.

A meta-analysis found a cervical screening test using a self-collected vaginal sample is as accurate as a clinician-collected sample taken from the cervix during a speculum examination.

“We’re hoping that by making this universally available it becomes a choice for everyone,” Saville said. “There’ll be lots of women who appreciate that, myself included,” she said. “The speculum can be uncomfortable and unpleasant and it becomes more uncomfortable through menopause.”

Deborah Bateson, Professor of Practice at the Daffodil Centre, Faculty of Medicine and Health at Sydney University, said Australia may be on track to become the first country to eliminate cervical cancer by 2035, “but we’re only going to get there if we can bring in these people who are under-screened”.

“Australia’s cervical cancer screening rate is about 56 per cent … and those rates would be significantly lower among some groups – people with disability, for instance,” Bateson said.

“Aboriginal and Torres Strait Islander women have almost a fourfold higher mortality rate from cervical cancer [than the general population], which is a terrible gap,” she said.

Allison Rossiter, managing director of Roche Diagnostics Australia, which supplies the self-testing kits, said the tests will be the most widely available in Australia.