The beautiful brunette sex therapist died last year at 51 – the same age at which The Sopranos star passed of a massive heart attack in 2013. 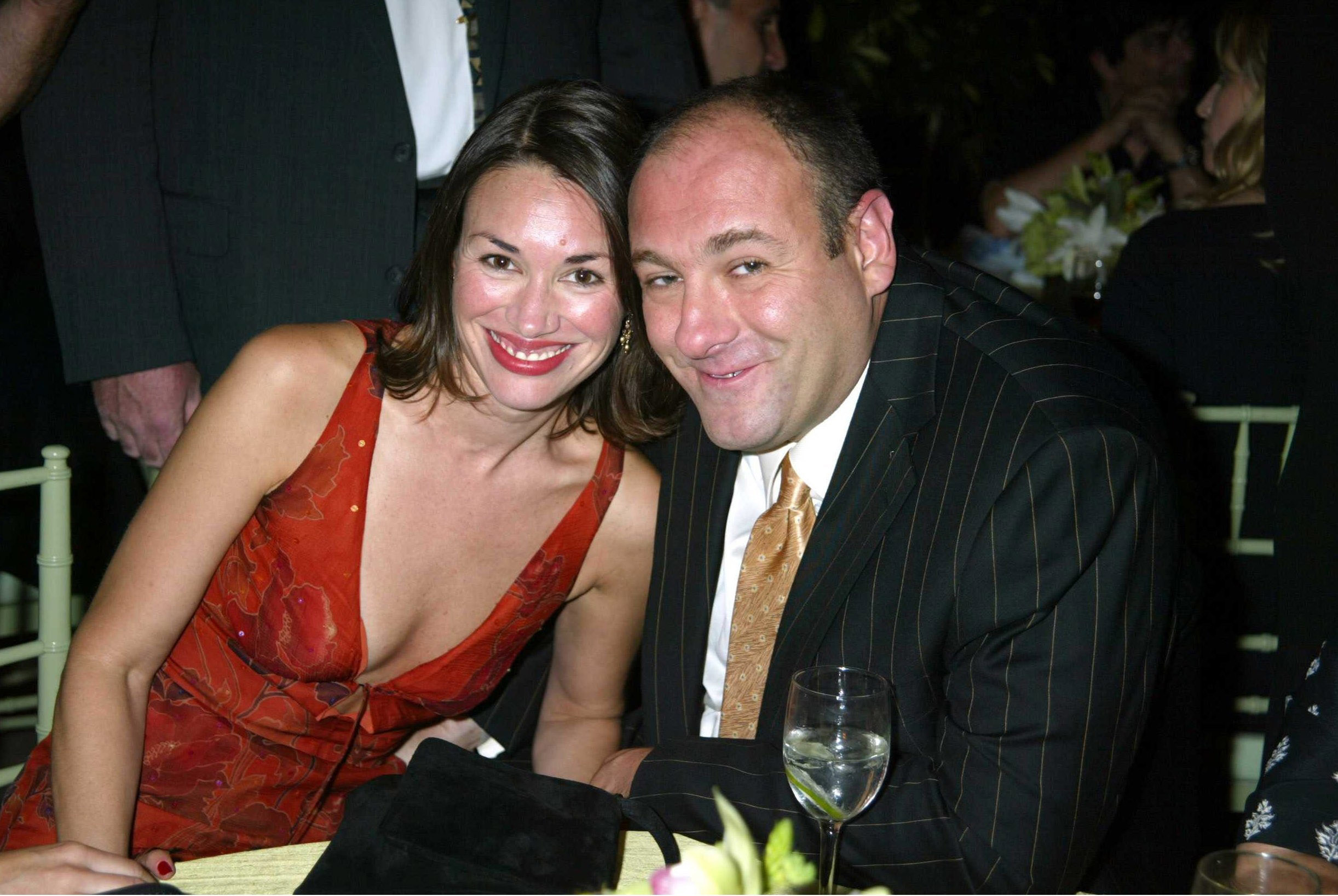 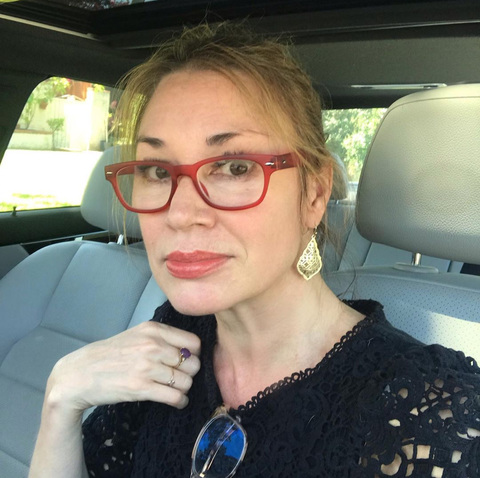 She slipped at her mother Candace’s Los Angeles home, hit her head and was found dead in the swimming pool, according to friends.

Lora first met James while she was a production assistant on The Mexican, which he starred in alongside Brad Pitt and Julia Roberts.

They were engaged in 2003 and sources say she never got over their break up just two years later.

News of the bereavement comes as a TV movie prequel of the cult crime classic – in which James famously depicted brash but likeable mob boss Tony Soprano for six seasons until 1999 – airs on HBO Max.

The Many Saints of Newark charts how James’ character became tangled up in crime during the 1960s and 1970s, with the young Tony played by the late actor’s son Michael.

Lora’s friend Zoe Moon told The Sun of the sad circumstances around James and Lora’s breakup and her death on July 5 last year.

Should read: Astrologist Zoe, who collaborated on podcasts and radio shows with Lora, said: “She was at her parents’ house and she slipped, hit her head and drowned in the pool.

“Her mother found her, it was horrible. A terrible accident.

“What happened to her relationship with James was such a sad thing because they were both so in love with each other.

“They were just madly, insanely in love when they were together. It was like a soulmate kind of thing.

“Even at the end of their relationship, even when they broke up, they were still in love with each other. They just couldn't get past a few things.

“What they wanted going forward as a team was not the same thing, that's really what broke them up.

“Lora was ready to have kids and James was not, so they made an intellectual decision to part ways.

“That was just mind-boggling and really, really difficult for Lora.

“They both had a very short life after they broke up so I wish they could have found a way to stay together.

“As wild as she seemed on the outside, I think Lora was very grounding for James.

“Lora had been working on a show idea when she passed away. She was very ambitious and very driven.

“She was incredibly smart and very witty, which is why she did well with her podcast shows.

“She was beautiful and had a great sense of humour, which is just a great combination.” 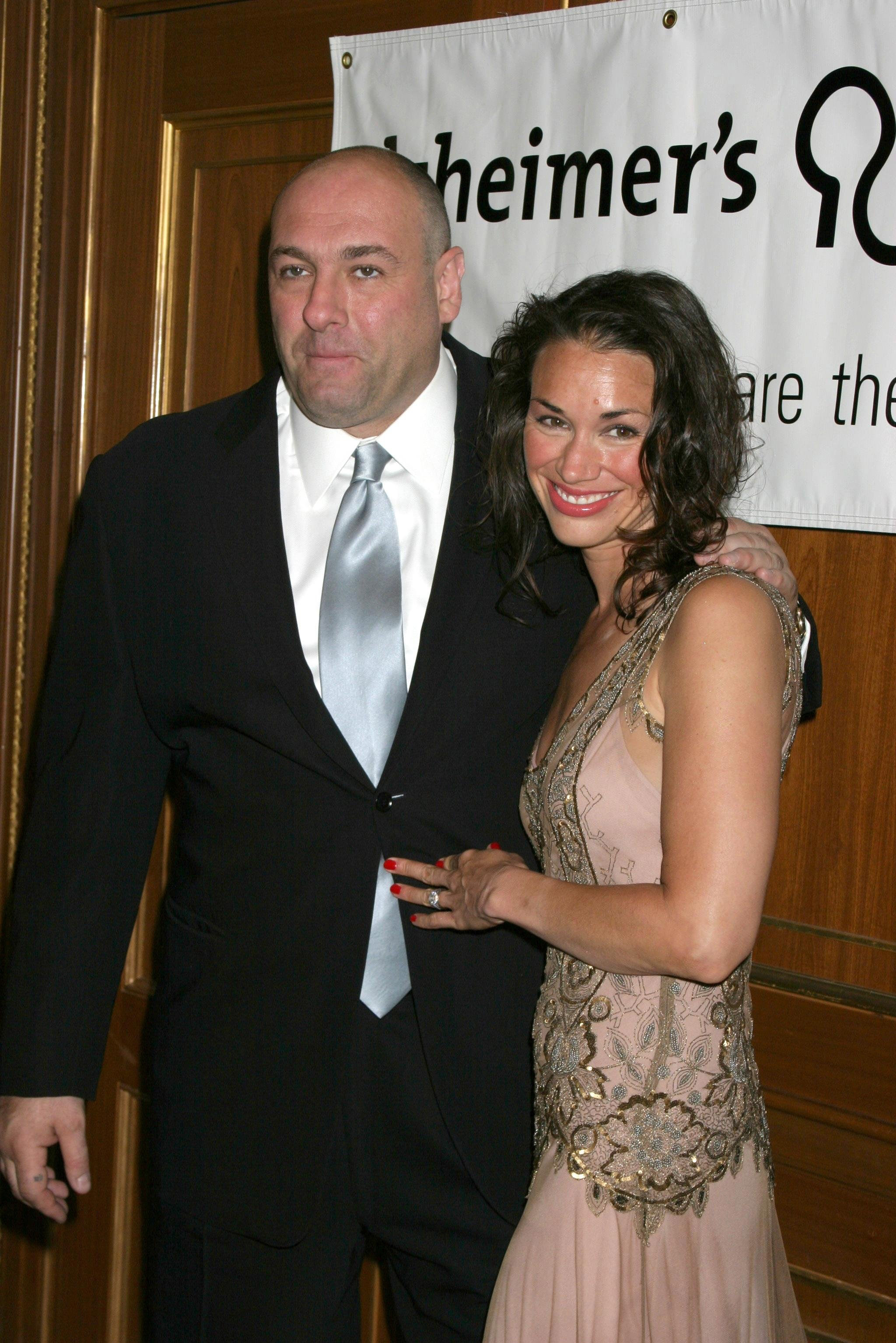 Following her split from James, Lora went on to become a sex therapist, columnist and podcast presenter on her own show, Between the Sheets with Lora Somoza.

Chillingly, one of her last posts on Instagram, on June 18, 2020, was about her former flame.

Writing ahead of the anniversary of his death on June 19, 2013, she captioned a picture of the two: “It’s been 7 years. You will always be loved and missed.”

A Hollywood source told The Sun that the breakup had also been a big blow for James.

The insider said: “She was his muse during their years together.

“She was an extremely sympathetic person who helped him through the craziest days of his career.

“He’d been through a divorce and was dealing with The Sopranos growing into a worldwide phenomenon.

“She helped him keep his cool and not make any rash decisions during a very complicated contract renegotiation in 2003, a situation that threatened to end the show prematurely.

‘It's absolutely tragic that she passed away so prematurely.”

A close family member declined to discuss Lora’s death when contacted by The Sun.

But her grieving father, Thomas M. Somoza, 73, wrote in a eulogy posted online: “From the moment I found out that Lora had died, I was so stunned that I was almost emotionless for the first several hours.

“Ever since, I have cried multiple times every single day and I know this is not going to stop any time soon.

“I loved my daughter with all my heart and she was the most precious thing in the world to me.

“The empty feeling that I have inside is crushing and relentless. This is absolutely the worst thing that could have happened to her mother and I but also to Lora.

“She had so much to give and at still a relatively young age, a lot of time to do it.”

Recalling how she met James on the set of The Mexican, Mr Somoza added: “He would play a huge role in Lora’s life… they were romantically involved for several years and were actually engaged to be married.

“For various reasons it didn’t work out and they went their separate ways.”

In a rare interview before her death, Lora said the actor was so tormented by fame and an “unrelenting celebrity circus” that he was "driven to drinking and drugs."

But she insisted she was happy that he went on to marry former model Deborah Lin, by whom he had a baby girl.

She said they spoke on the phone just two weeks before his death.

“I got to congratulate him on his new baby girl and he sounded really good,” she said.

But he revealed: “A little over a year ago, [Lora] decided that she wanted to become an addiction therapist and had been attending classes online and pursuing her Masters degree in that field.

“Regretfully, she was but a few months away from attaining that goal when she passed.

“We will never know what Lora might have achieved had she been able to attain her goal but I do know that it was something she was vitally interested in and we were hopeful that she would get to that point and utilize her numerous skills towards helping others.” 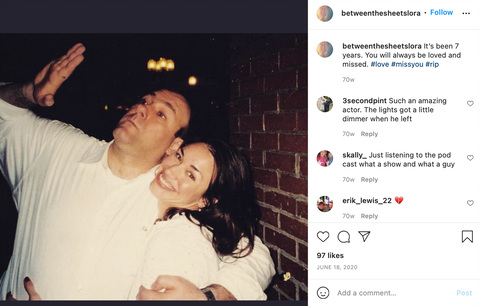