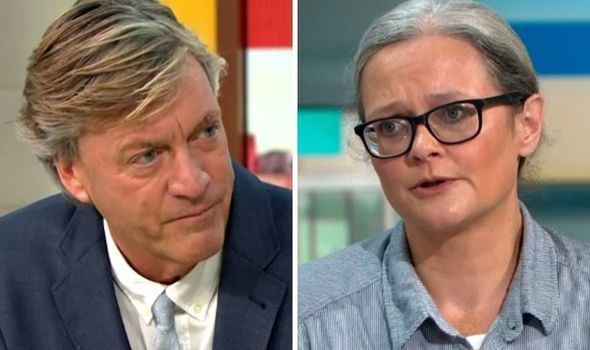 Richard Madeley was blasted by an Insulate Britain activist who was invited onto Wednesday’s instalment of Good Morning Britain to debate the continuation of climate change activists blocking roads. The interview soon turned heated when the guest slammed Richard for being either “heartless or too scared to face the truth”.

Richard Madeley and Ranvir Singh probed the activist over Insulate Britain declaring the M25 a “site of non-violent civil resistance” and calling for drivers to keep to 20mph on the motorway or avoid it altogether.

The guest explained: “I am finding it extremely challenging being in the studio and talking about it today, but what I am finding myself asking is, ‘Why after six weeks are journalists still focused on what we are doing or why we are doing it?’

“Is it because you’re heartless or too scared to face the truth Richard?”