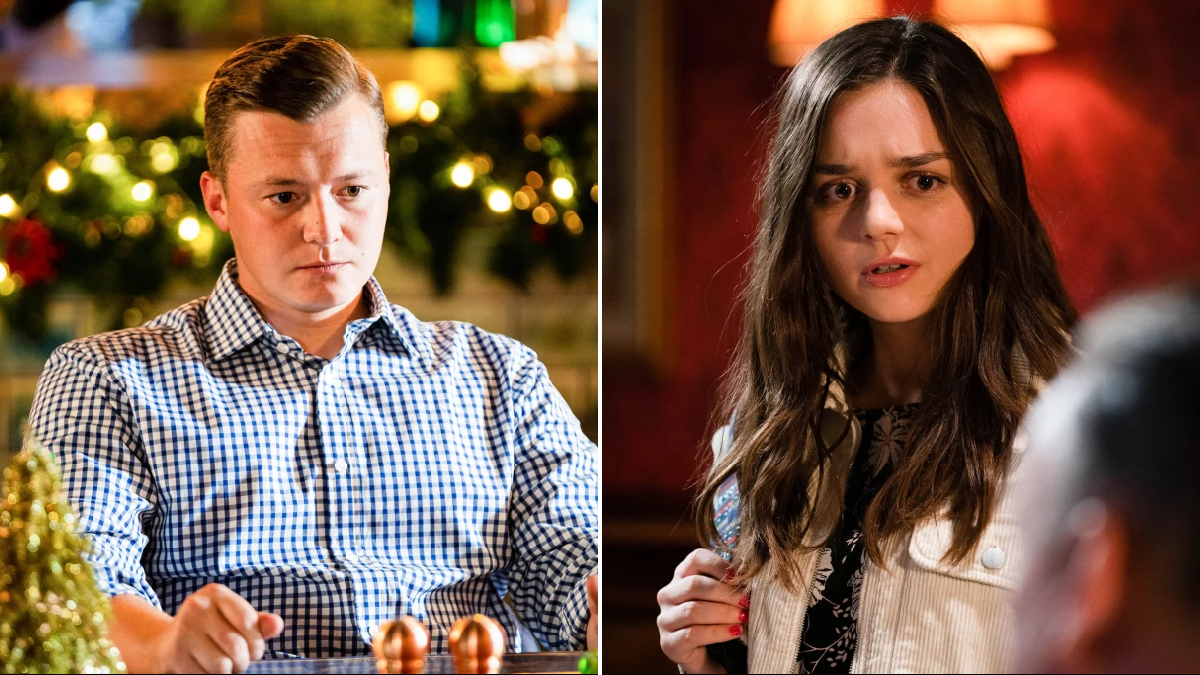 Aware Aaron is ignorant, Dana often gives her opinion over her brother’s dated and awful views.

Coming up, as the Walford residents prepare to celebrate New Year’s, Aaron and his gang are planning on planting a bomb to prevent the mosque from opening.

In the new year, concerned for his and Dana’s (Barbara Smith) safety, Bobby spots Aaron and Neil together which sends his mind racing.

At the Monroe’s, Dana mentions the police are appealing for information which leaves Harvey (Ross Boatman) feeling nervous.

The next day, Dana defends herself against Aaron’s ignorance and Bobby stands up to him too, surprising them both.

Later, while home alone, Bobby probes Dana with questions about where Aaron was over New Year’s.

But what will Dana say?

How much does she know about Aaron’s movements?

If she doesn’t know anything and discovers he was responsible for planting the bomb, will Dana report her brother to the police?