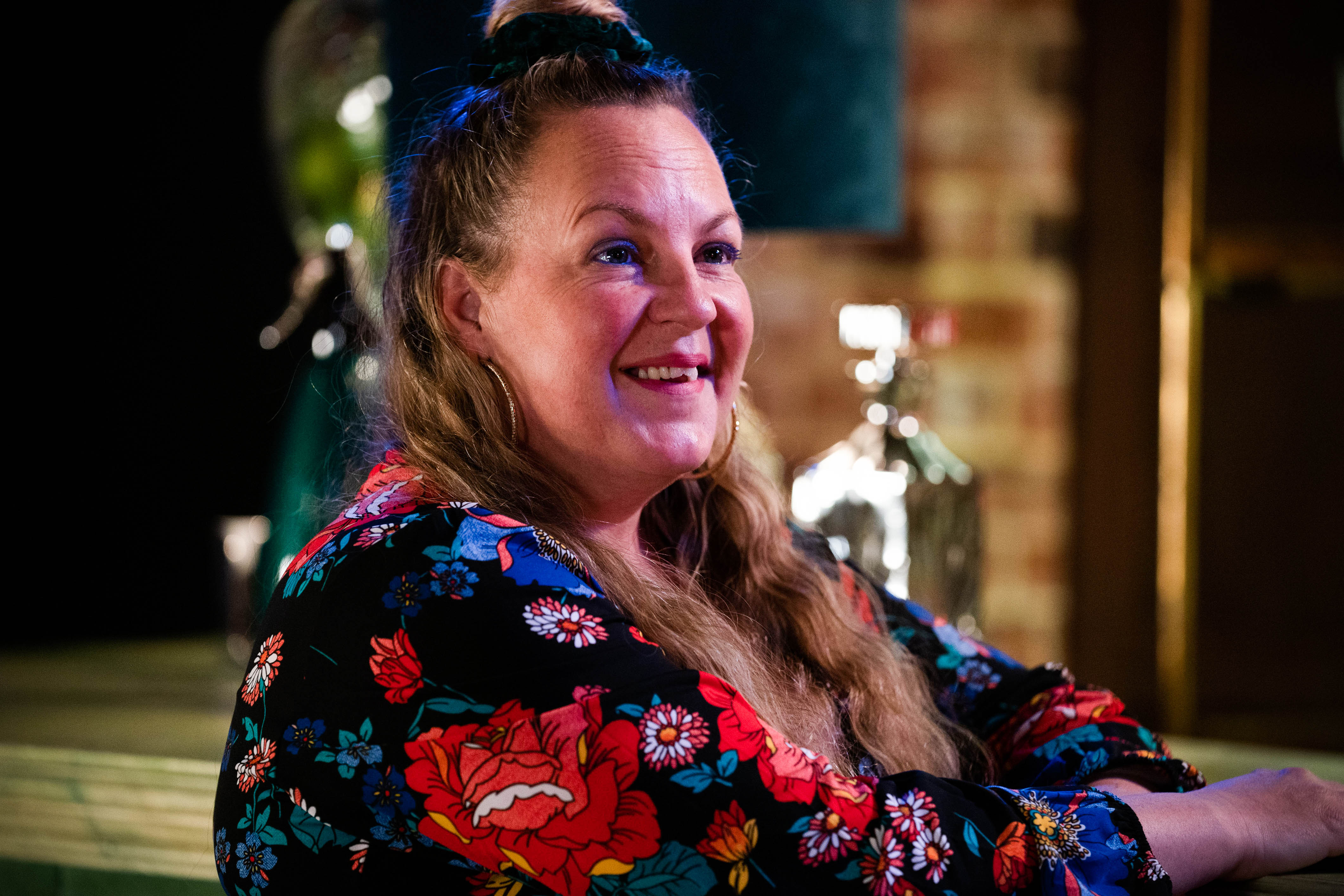 Life for Karen Taylor (Lorraine Stanley) in EastEnders has been difficult following the death of Chantelle Atkins (Jessica Plummer).

Karen has occupied herself with looking after Gray’s (Toby-Alexander Smith) children but now they’re back living with Gray, she soon turns her focus to the dating world, and in the coming episodes, her new love interest is revealed.

After Karen flirts suggestively with him at the Laundrette, Lucas (Don Gilet) asks for her name and she invites him for a drink tomorrow night. Lucas happy obliges and introduces himself as Jordan.

Bernie (Claire Norris) and Mitch (Roger Griffiths) question an excited Karen about her date with mysterious man ‘Jordan’ and they ask for a picture.

Meanwhile, Lucas’ probation worker tells him they’ve found him a job and a flat in Newcastle but Lucas declines, wanting to stay with his family.

At the date, Karen snaps a sneaky picture while Lucas’ back is turned and sends it to the family chat.

Poor Karen has no idea of the situation she’s got herself into, will anyone tell her who Lucas really is?

And could this potentially be hinting at danger for Karen if she gets on the wrong side of Lucas?