The felines were saved by sailors by the Thai navy after the crew of eight had been evacuated from the boat near the island of Koh Adang on Tuesday following an oil fire. 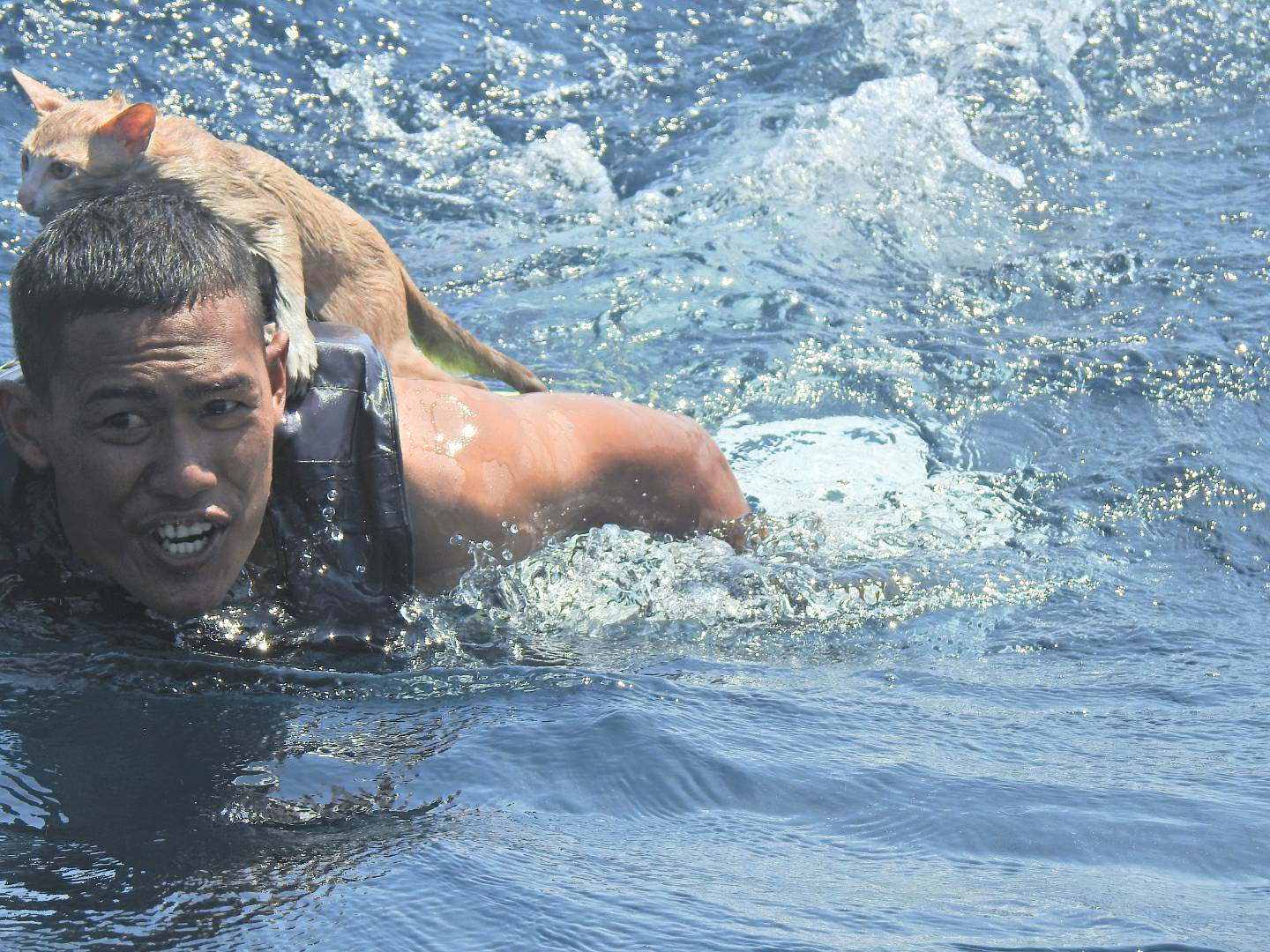 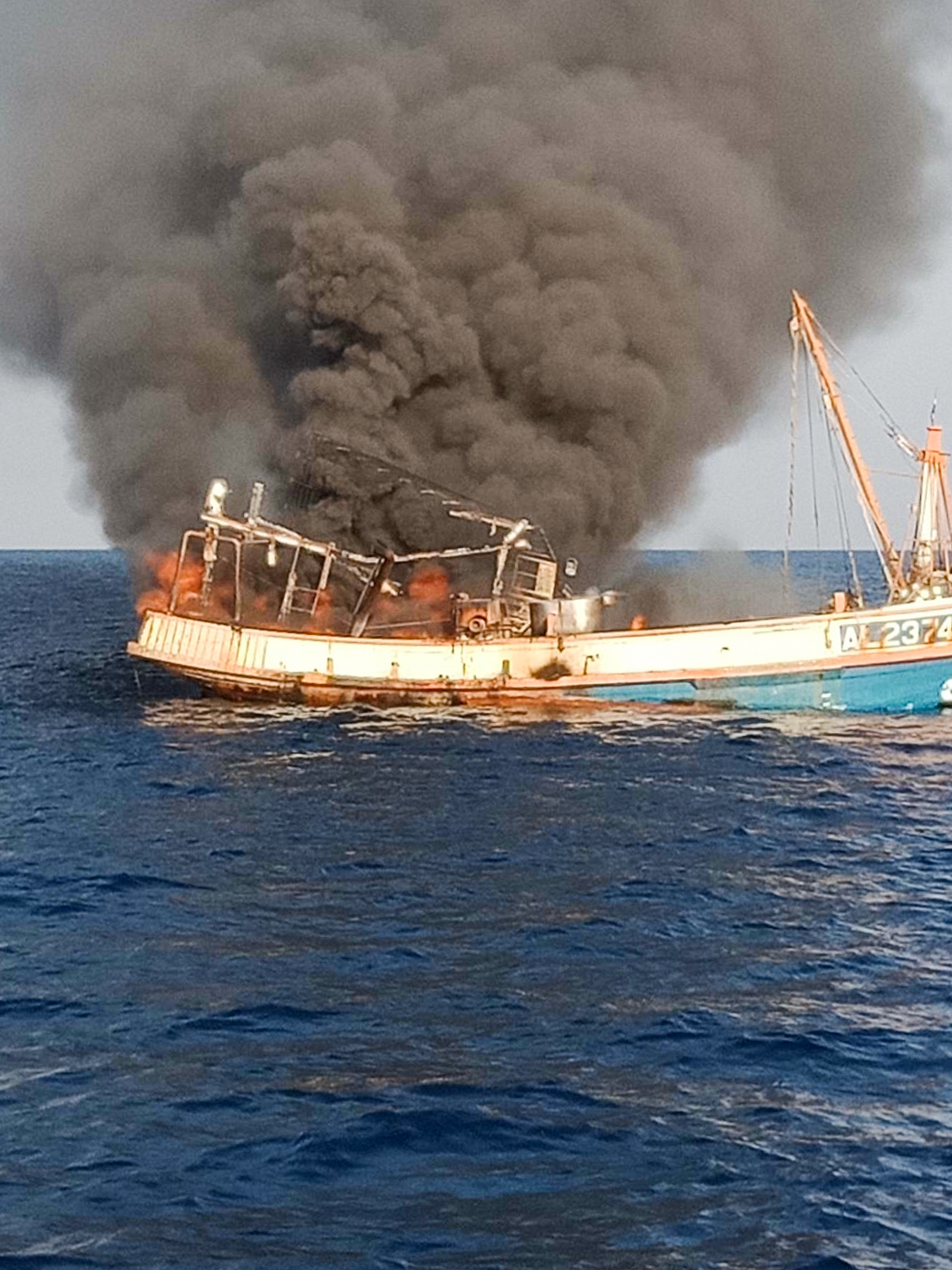 But it was only when the sailors returned to check the sinking hull that they realised the ship’s cats had been forgotten.

Seaman Thatsaphon Saii, 23, dived into the sea to rescue the cats, putting three of them into an old rice sack and carrying one on his shoulder before swimming 50ft to safety.

He said: “When we arrived it was to secure the wreckage and check for oil spills.

"But we noticed the cats onboard.

“I immediately took off my shirt and put on a life jacket so I could jump into the sea. 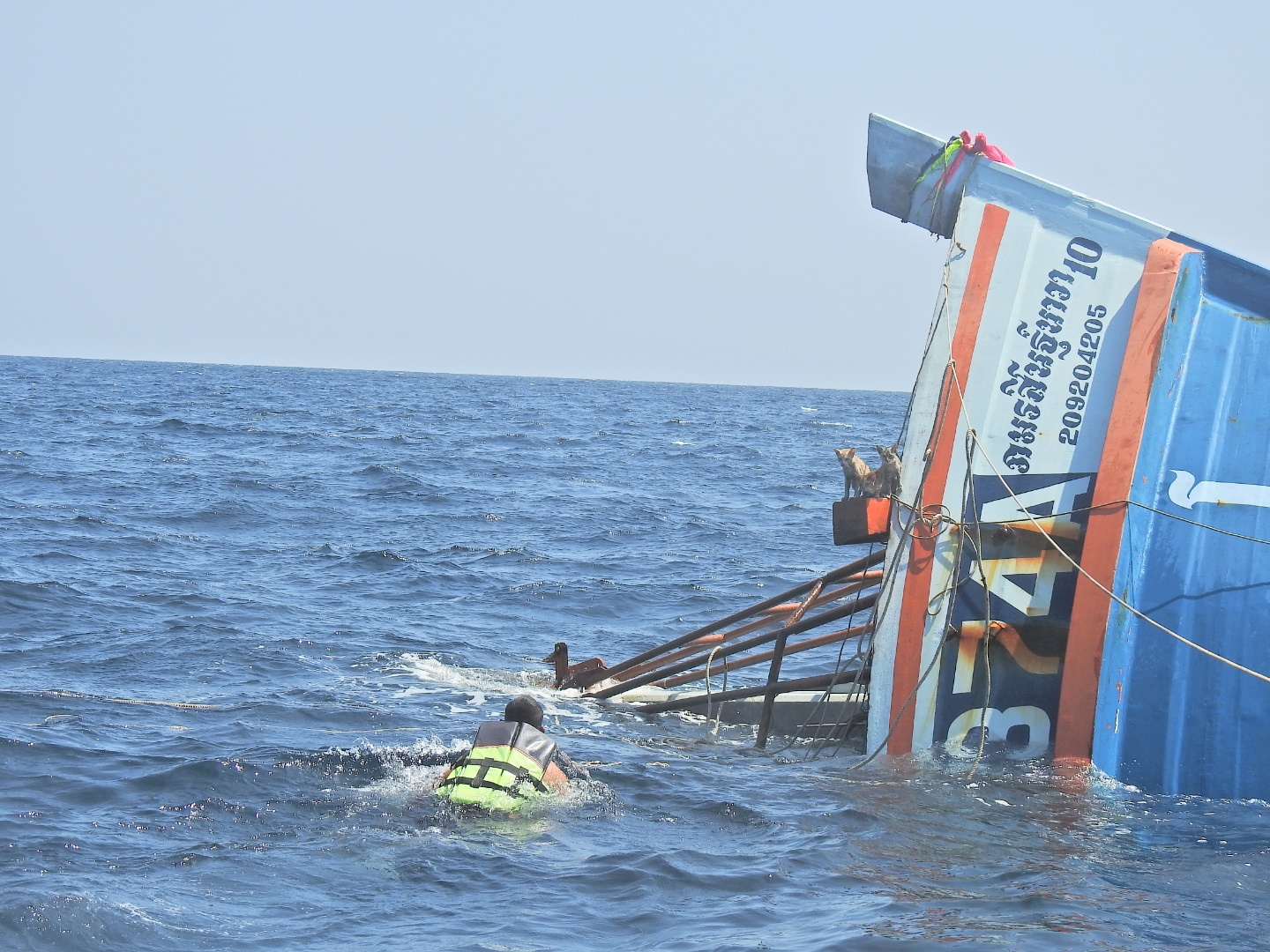 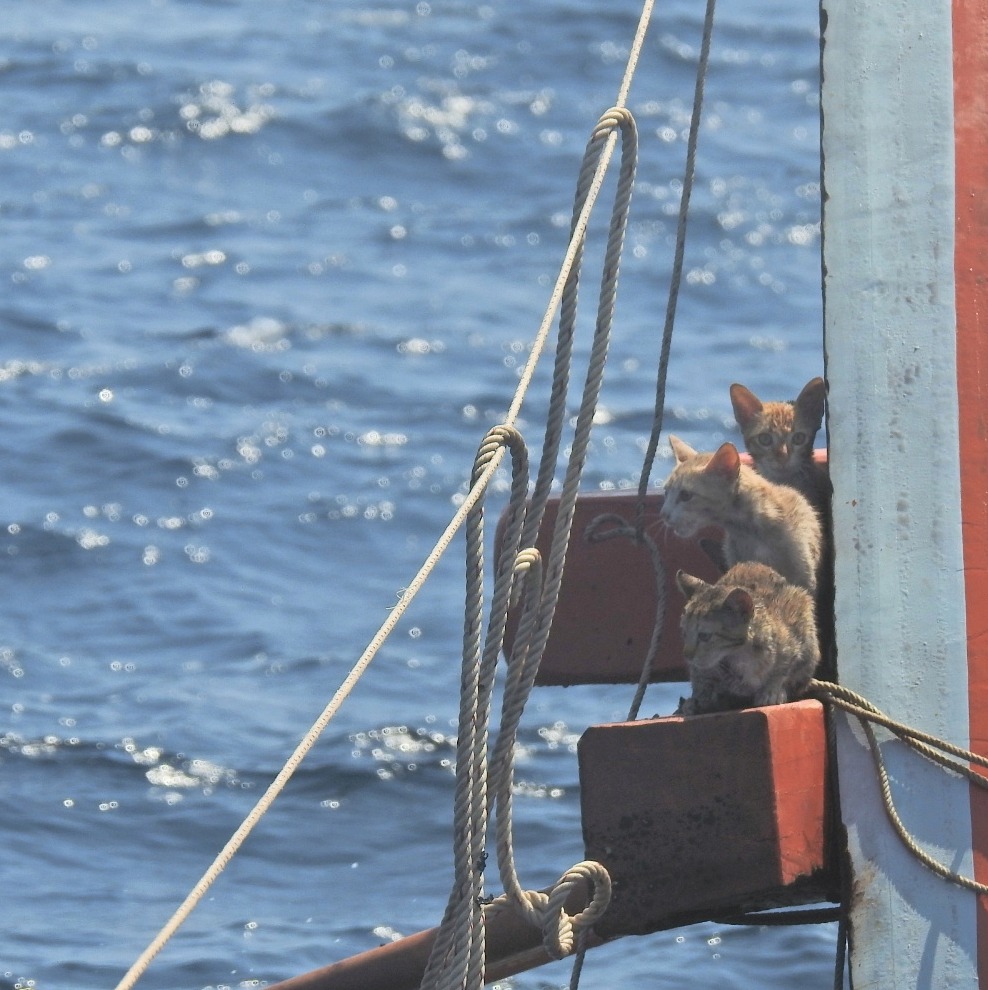 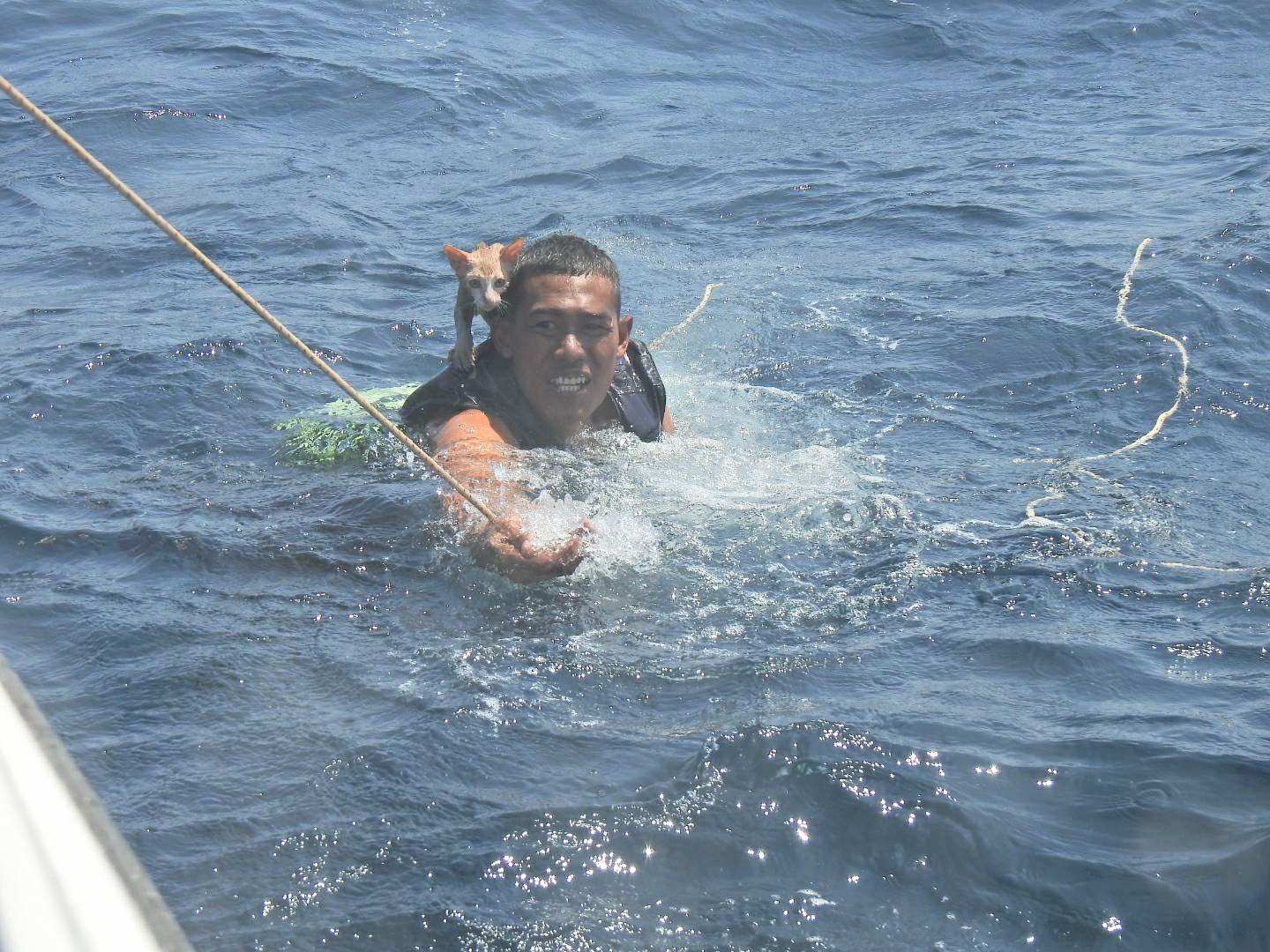 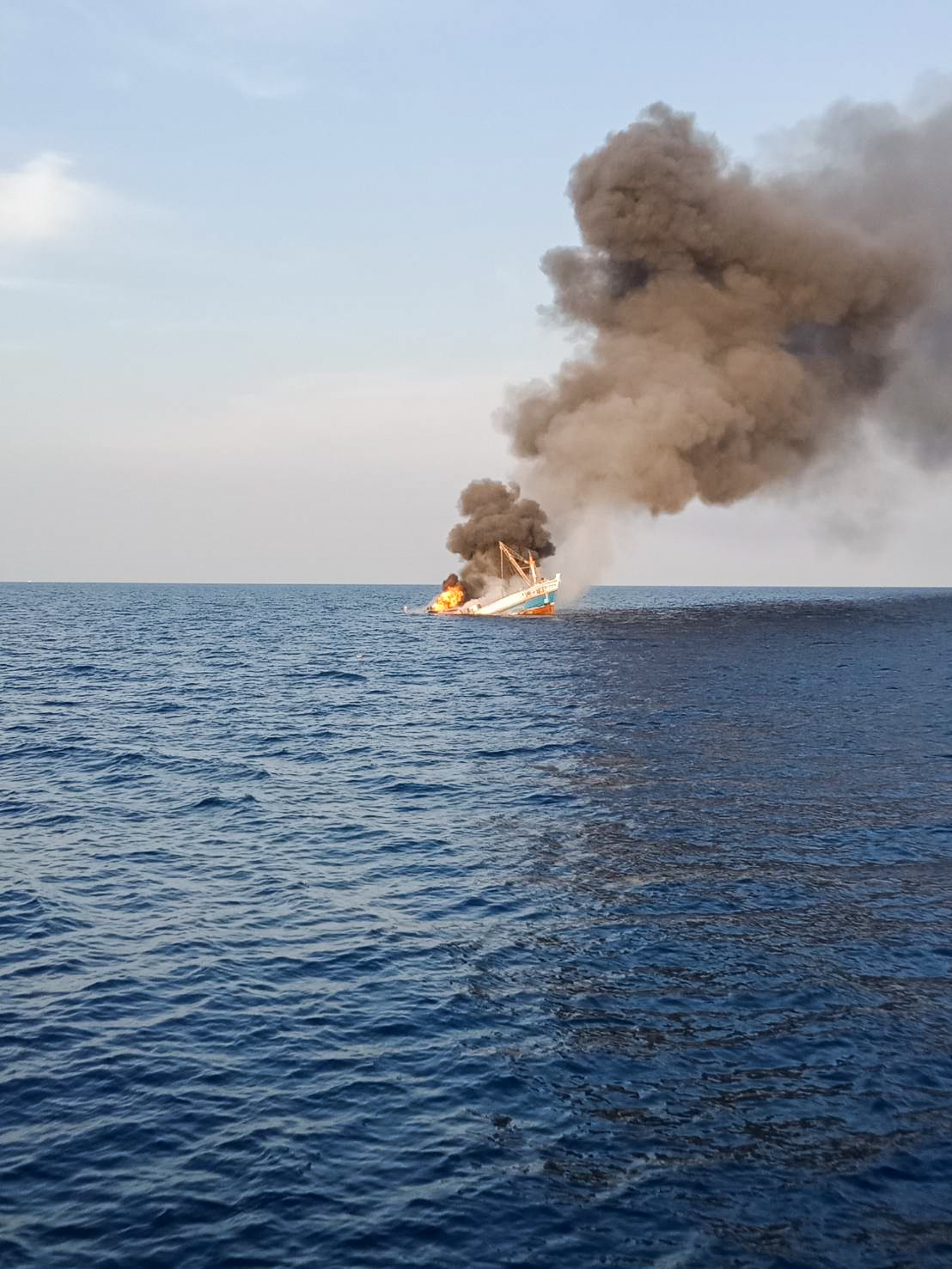 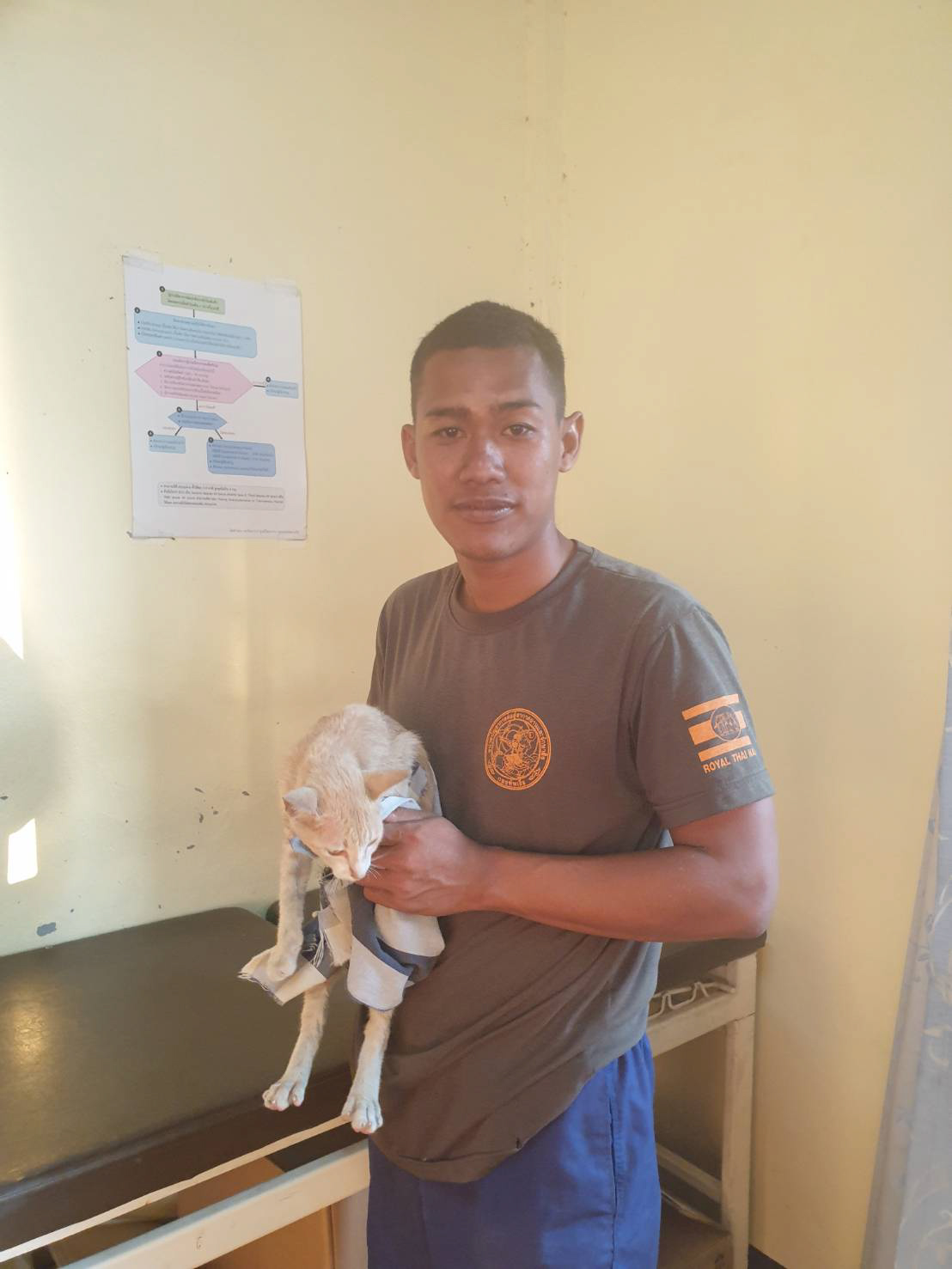 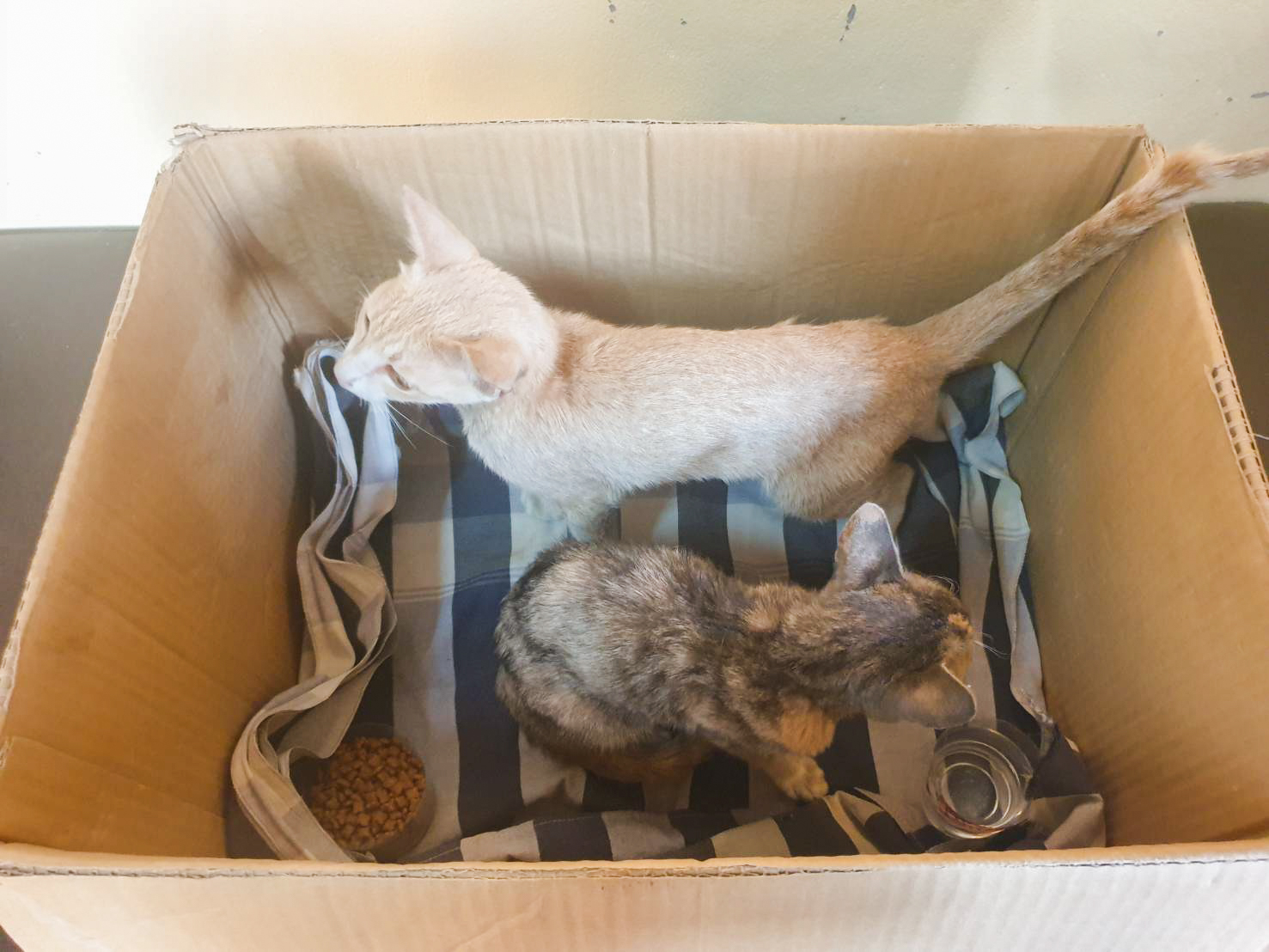 "The flames were at the back of the boat but it was starting to sink, so I knew I had to be quick.

“I’m so relieved that we were able to save the kittens.

"They would have drowned or died of thirst if they went into the sea.”