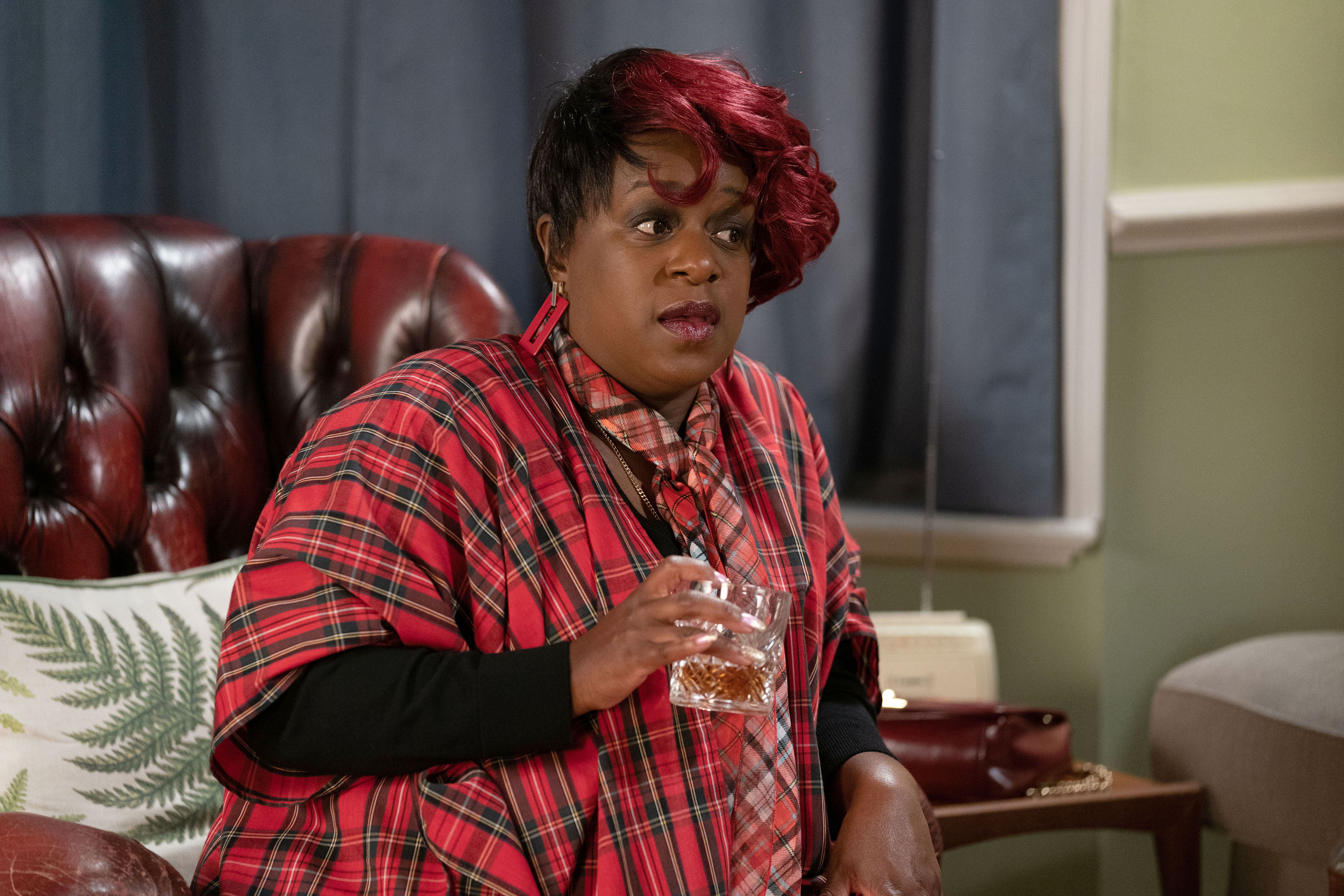 Kim Fox (Tameka Empson) in EastEnders has spent so long trying to perfect the art of matchmaking, it would appear she needs to take a leaf out of her own book in EastEnders soon.

As Kim’s new romance is revealed, awkwardly, all is not as it seems.

‘The Fox Catcher’ business has – surprisingly – been quite the success for Kim. Aside from a few mistakes, she’s managed to set up Peter (Dayle Hudson) and Ash (Gurlaine Kaur Garcha), Iqra (Priya Davdra) and Mila (Ruhtxjiaïh Bèllènéa) and has also given Bobby (Clay Milner Russell) a few pointers with relationships.

Despite Kim’s approach, her track record for helping other people’s relationships is far better than her own.

Coming up, it’s Kim’s birthday, but she is nowhere to be found.

Chelsea (Zaraah Abrahams) meets Dwayne, but something is on her mind.

Later on in the week, Kim still has her blinkers on when it comes to Dwayne, but who is he?