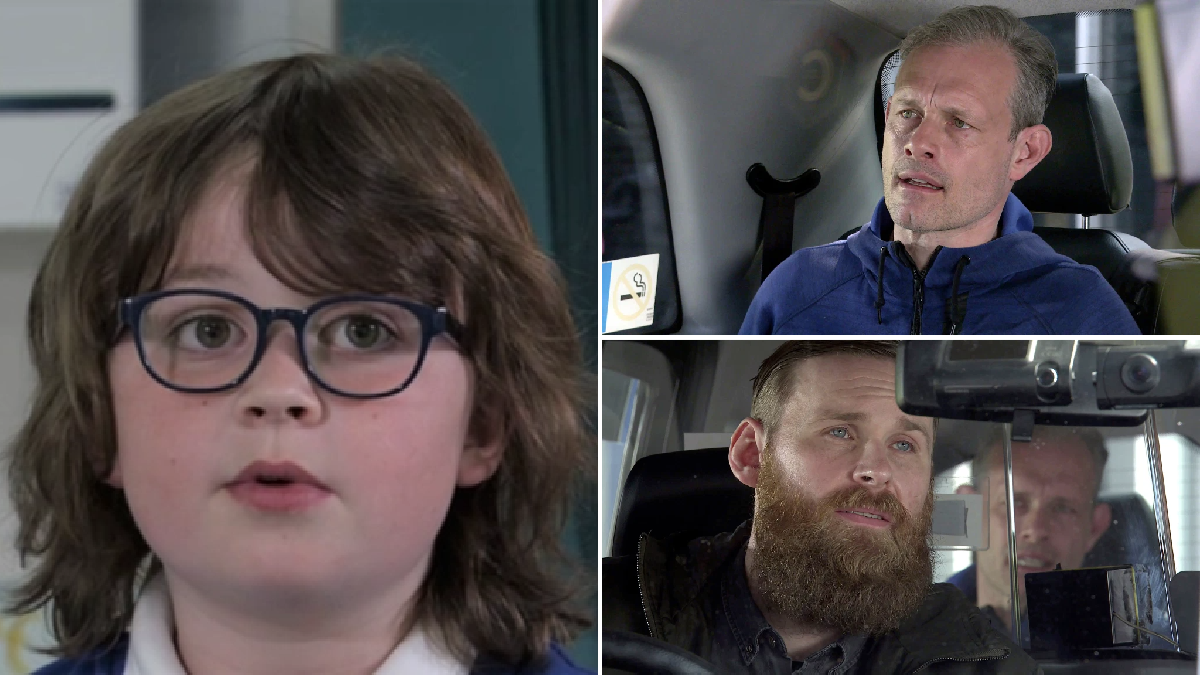 Nick Tilsley (Ben Price) made his return to Weatherfield tonight to join the search for missing Sam Blakeman (Jude Riordan) in Coronation Street.

The risk of being caught by Harvey’s (Will Mellor) gang didn’t seem to phase Nick as he arrived back on the cobbles to help David (Jack P Shepherd) and Natasha (Rachel Leskovac) look for his son.

As Natasha unleashed her anger at Nick, telling him how much she regrets letting him into Sam’s life, a police officer arrived at number 8.

Thankfully, it was good news as the police officer informed Nick and Natasha that Sam had been found and was being checked over at the hospital.

Sam happily told Nick and Natasha about his newfound love for Weatherfield county and the fact that a shiny telescope led him into the van without a single mention of Harvey or a drug gang.

As Natasha and Nick waited for Sam, topic of conversation turned to Oliver, and Nick told Natasha that he thinks of the toddler everyday and misses him dearly.

Nick spent a moment in the company of nothing but his thoughts and immediately snapped back into dad mode when it was time to say goodbye to Sam again.

A clearly gutted Nick made his way into a taxi, only to discover the driver was Robbie (Rick S Carr) – Sam’s kidnapper.

Nick was given a burner phone and was told Leanne (Jane Danson) and Simon (Alex Bain) must withdraw their statements, or he wouldn’t see Sam again.

As the pressure continues to mount for Nick, can he save his son?

And if Natasha discovers Harvey’s gang was actually involved in Sam’s kidnapping, how will she react?

Could Nick face an emotional ordeal if Natasha stops him seeing Sam?