Stacey Solomon says she 'can't wait' to film her show

It’s been reported that Stacey Solomon has been approached about joining the line-up for hit BBC series Strictly Come Dancing, which could see her take to the dance floor alongside a professional partner. As the rumour mill for the highly-anticipated line-up begins, Stacey remains a firm favourite.

The 31-year-old is usually seen several times a week behind the Loose Women desk, where she has earned herself a loyal fanbase.

But will viewers soon see her on the famous ballroom dance floor?

The popular star reportedly opted against doing the show last year in the midst of the coronavirus pandemic due to the quaranticommitments required for taking part.

A source said: “Stacey’s name was in the frame for Strictly last year but she didn’t want to quarantine away from her kids. 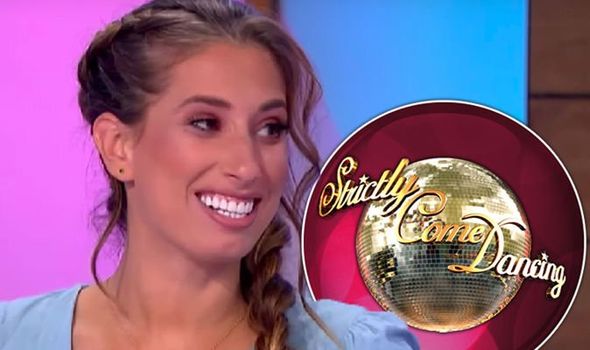 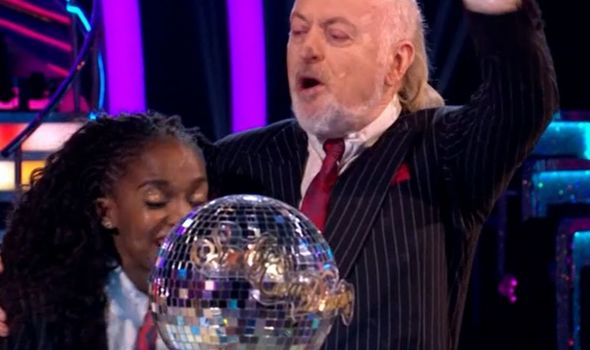 “The pandemic meant she wanted to be at home as much as possible to home-school her eldest two boys and because her youngest Rex was still a baby,” the source told The Sun.

Reportedly, with things edging closer to normal this year, the I’m a Celebrity winner would now be more open to taking on Strictly.

The publication was also told that the BBC are considering ‘luring” Stacey from ITV, seeing “huge potential” in the popular presenter.

Since finding fame on The X Factor back in 2009, Stacey went on to win ITV’s I’m a Celebrity Get Me Out Of Here! before launching a career in presenting. 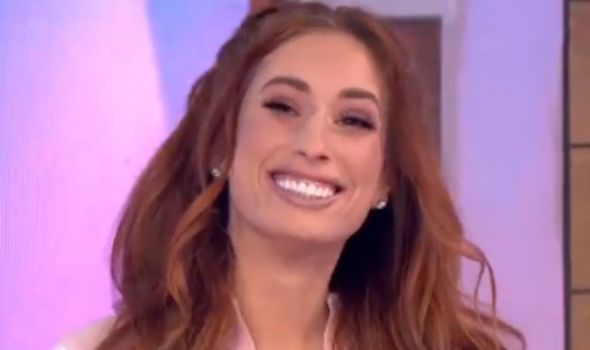 She has been a panellist on ITV’s Loose Women since 2016. But will Stacey be about to add another feather to her cap by joining Strictly? Express.co.uk has approached the BBC for comment.

She has remained busy lately, having recently launched her new book Tap To Tidy.

Inspired by her much-loved Instagram posts, where she shares her cleaning and organising tips as well as crafty creations, the book is a collection of her expert ideas.

After her boyfriend, former EastEnders star Joe Swash, proposed to her on Christmas Eve last year, Stacey and the fellow I’m a Celebrity winner are currently planning a wedding.

There has been lots of speculation already about how the show might be done this year, with professional dancer Anton Du Beke rumoured to be joining the 2021 series as a judge instead.

The Strictly Come Dancing pro spent two weeks on the judging panel in 2020 when Motsi Mabuse had to self-isolate, and he was a big hit with viewers.

It’s also been suggested that double champion Oti Mabuse may not be joining the upcoming series as a dancer.

Bookies have slashed their odds to just 4/7 on Oti swapping the dance floor for the panel in this year’s series, which is due to be aired in the autumn.

Oti has been crowned the winner of the last two series. In 2020, she lifted the Glitterball Trophy alongside celebrity partner, comedian Bill Bailey.

Bill, 56, was initially seen as the underdog of the competition during its eighteenth season, and he proved to viewers he had what it takes with his consistently improving moves – dancing his way to the last episode before being voted the winner.

Oti recently described Bill as being “amazing and respectful” when they first met, and he soon became the dark horse of the Ballroom.

She said: “The thing about Bill which is something I really love is that people didn’t know what to expect. It was never about whether Bill could dance, I just wanted someone who was genuinely nice, caring and wanted to be there.”

She also added that she admired Bill’s love of learning and his passions for culture as well as his musical skills.

Strictly Come Dancing is due to return to BBC in the autumn.