With only a handful of episodes left before The Blacklist Season 8 finale, fans have starting combing through storylines with a skeptical eye. The focus has been hard-pressed to former FBI Agent Elizabeth Keen (Megan Boone) for her choice to wage war against criminal mastermind Raymond Reddington (James Spader). That said, there might be a reason Liz is acting out — and it’s not what you think.

[Spoilers from The Blacklist episode 18, “Protean” ahead]

Liz is No. 1 on ‘The Blacklist’ but fans think writers struggle with continuity 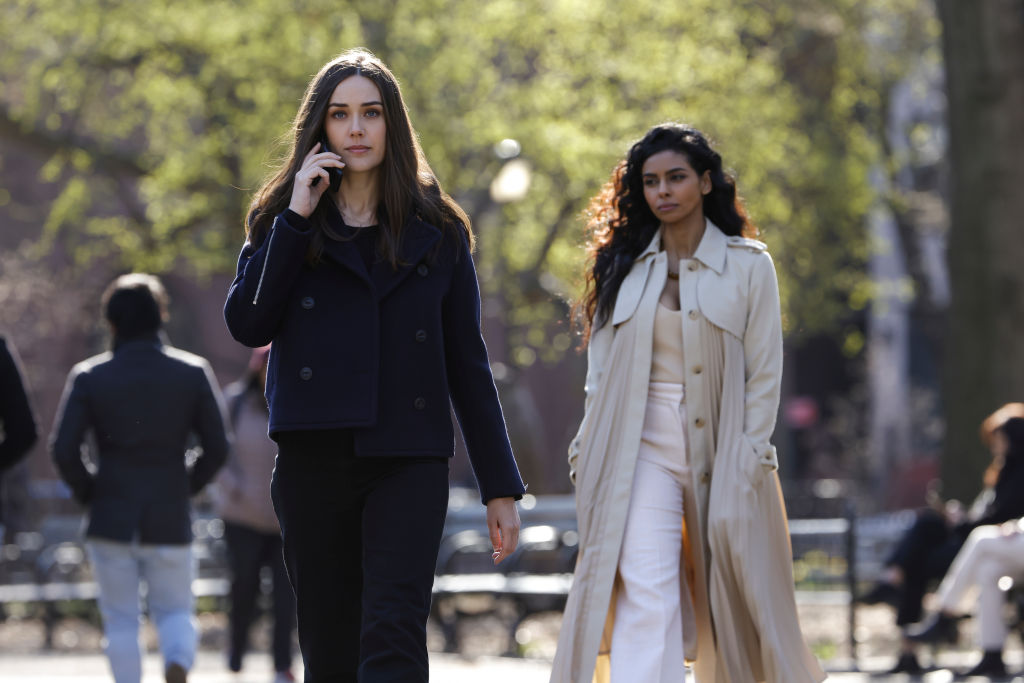 There’s little doubt that Boone’s character on The Blacklist has had the evolution of a thousand lifetimes. From the early episodes when she grew from a happily married, new FBI recruit from Quantico to the “bad” egg blacklister she’s become, Liz is clearly having some identity issues. Some fans think it’s less of Liz’s issue and more of a script issue.

One example, a Redditor posted, came in episode 18, “Protean,” which aired Friday, May 21 when Liz sat next to her dead sister Jennifer’s body, speaking aloud.

“I expected her to be talking to Kate. I think it would have been good for continuity, showing a progressive mental breakdown,” they said. “Now, those hallucinations in that ep stick out like a sore thumb. Continuity! Resolutions! Please, writers of TBL.”

Kate (Susan Blommaert), who’s otherwise known as Mr. Kaplan, re-appeared in season 8, episode 14, as one of Liz’s hallucinations. She was killed off in season 4.

“This is where budgets compromise quality,” another commented.

“Maybe a rogue writer wrote that episode — there was no lead up to it, and no acknowledgement of it after,” another mused.

That’s not the only complaint about continuity. Throughout eight seasons, fans have been quick to point out discrepancies in the storyline or character development. However, such is not the case with Liz’s early story. In fact, some think humble beginnings led to where she is now — and where’s she’s headed.

Here’s why other fans think Liz’s fall is inevitable

When The Blacklist premiered in 2013, Liz’s first day with the task force came as the result of Reddington’s demand after turning himself in. The entire premise of the show is hinged on his connection to her in some way, yet he will do anything to reveal exactly what that connection is.

For those not on board with Liz’s dark side, some fans think it was inevitable, based on what happened in season 1.

“I always forget that Liz is supposed to be a profiler! I generally think of her as being like, a middle-of-the-class student at Quantico who only graduated because she wanted it so much,” one fan commented on the same Reddit thread.

“She knows the only reason she’s on this elite task force is because Red specifically requested her, not for anything she’s done, and she knows that she’s several levels below her coworkers so she puts all her effort into getting some indispensable skill to justify her presence…unfortunately, that skill is ‘connections to criminal networks’ and while incredibly useful, sends her down a dark path.”

That path, which has been the main focus of season 8 has been in the making for some time. Still, there’s some who don’t think the crime life suits Agent Keen, either.

“This episode will finally say what most of us thought for a while. Liz doesn’t fit as an agent on the task force – she belongs with Red in Red’s world,” one fan said. “I feel like the TF will be dismantled and remade as part of Red’s team.”

“Liz is a screw up in both the FBI world and Red’s criminal world. At least the writers showed us what so many of us knew from the start of this season: even though Liz had “seen how Red does everything”, she is no criminal mastermind,” another added.

Considering everything that’s happened between Liz and Reddington, is there anywhere else to go other than beneath his wing?

In season 7, it was revealed that Reddington had an illness of some kind. The exact type wasn’t known, but with season 8 coming to an end, many have dubbed the illness “situational.”

Super sleuths theorize Red has tuberculosis based on his symptoms. Others pointed out that he’s been drinking more water and health elixirs as of late, alluding to the fact that he’s trying to get his health under control without directly referencing it.

If Red’s illness becomes a focus point between now and the season 8 finale, could Liz declare a cease fire between herself and Reddington, or will this thing play out into season 9? Only time will tell.

The Blacklist airs Fridays at 9 p.m. ET on NBC.