The Circle has returned to Netflix for season 4, and the social media-based competition is promising the “spiciest season yet.” One of the competitors this season is John Franklin, who will be catfishing the rest of the cast. Here’s everything we know about the player who claims to be “as Italian as it possibly gets.” 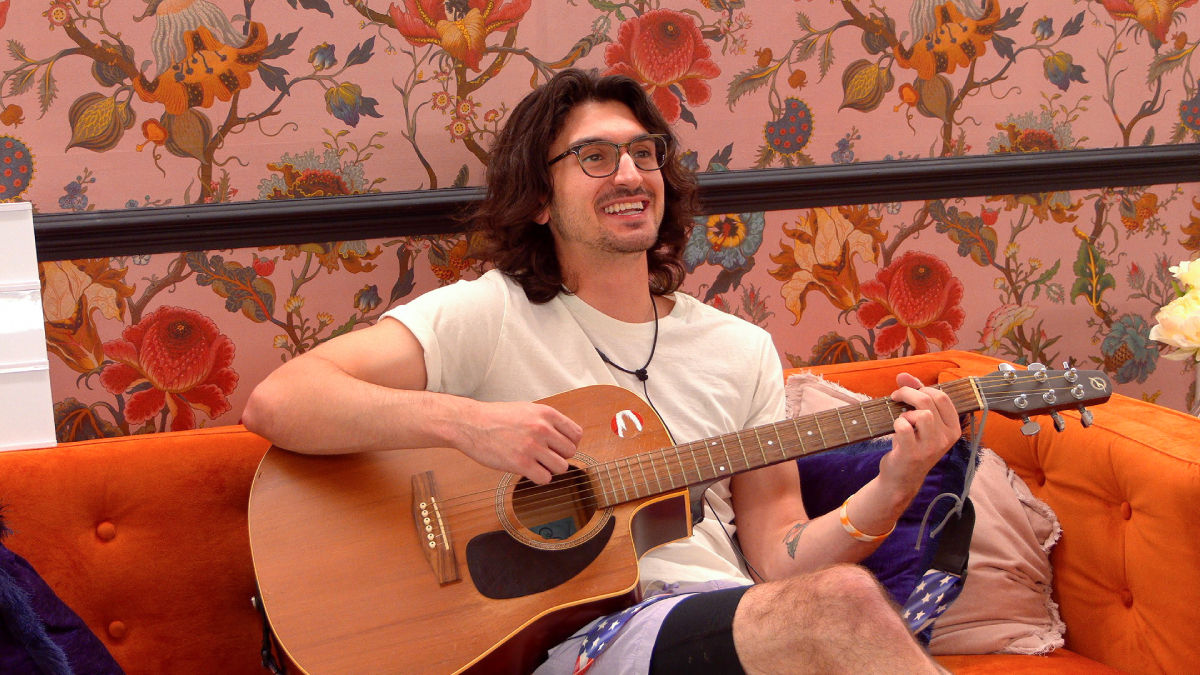 Who is ‘The Circle’ Season 4 star John Franklin?

In late April, Netflix released an introductory video featuring the in The Circle Season 4.

The contestants who are playing the game as themselves in season 4 are Yu Ling Wu, Crissa Jackson, Alyssa Ljubicich, Rachel Evans, Josh “Bru” Brubaker, and Frank Grimsley. The deceptive players entering the game as a catfish are Josh Brubaker (as Bru), Alex Brizard (as Nathan), Parker Abbott (as Paul), and John Franklin (as Carol).

John — who is from Hoboken, New Jersey, and in his mid-20s — said in the video that he is “Italian as it possibly gets,” and he is extremely close to both his immediate and extended family. That includes his aunts, uncles, and a number of cousins.

“I got a tattoo of Saint Anthony on my chest,” he revealed in the introduction video. “I grew up in the same hometown as The Sopranos was filmed in. I’ve literally grown up in a bowl of sauce.”

John Franklin will play the game as his mother Carol

John will be catfishing his fellow contestants in season 4 as his mother Carol, an independent retired marketing professional who’s been married to John’s father — also named John — for 30 years. In addition to her son, Carol also has a daughter named Victoria “Tori” Franklin.

Meanwhile, John himself earned his Bachelor’s Degree in Broadcast Journalism in 2019 from Quinnipiac University in Hamden, Connecticut. In 2021, he obtained his Master’s Degree in Interactive Media from the same university.

He started his professional career at 98.1 WQAQ in Connecticut as a Radio Talk Show Host before moving up to IHeartMedia in New York as a Digital Media/Content professional. He also worked as a Social Media Marketing Specialist in Boston at the Wentworth Institute of Technology before heading west to Los Angeles to become Hype’s social media manager.

Today, the 24-year-old is living in his home state of New Jersey where he works as the Social Media Content Creator for BetMGM, a sports betting and gaming entertainment company. In his spare time, he is a stand-up comedian and musician who has original music streaming on Spotify and Apple Music. His latest single is titled Mascara.

As for his dating life, John is keeping those details secret for now. He appears to be single, with a major focus on his career and expanding his professional opportunities.

John Franklin will be competing for the $150,000 cash prize when The Circle Season 4 premieres on May 4 on Netflix. On that day, the streamer will drop the first four episodes, and they will continue to drop four episodes weekly until they reach the season finale.