“The only way to become a good Republican is to become a Democrat, according to the media,” McCain complains 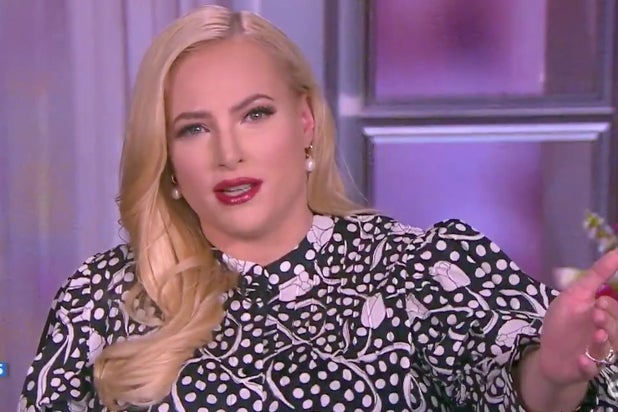 On Tuesday morning, “The View” hosts battled out their feelings over the acquittal of former President Trump, leading Meghan McCain to make a defensive argument about what it means to be considered a member of the Republican party.

“As much as the left wants to act like Republicans are only QAnon supporters, part of the problem is, for someone like me, when I hear that, I automatically get very tribal and I’m like ‘I don’t want the left,’” McCain declared, firing back at her co-hosts — particularly Joy Behar and Sunny Hostin — for their comments about the GOP becoming known as the party of “white supremacy.”

“I think it’s easy to say the Republican party is only the party of QAnon and all these things,” McCain said when given the chance to add her opinion on the subject. “And if that’s the truth, then the Democratic party is the party of socialism and late-term abortion and cancel culture and no responsibility or ramifications for any of your actions. And you can burn down cities like Kenosha and it’s fine … these are broad stroke platitudes,” she continued. “I don’t believe either are true. I don’t think Republicans are simply QAnon supporters and I don’t think Democrats are simply socialists.”

McCain went on to talk about the impeachment hearings, beating her point home by referencing new poll numbers and her pro-life stance, pointing out that many of the people in her party differ when it comes to their views on abortion. “I think the idea that the Republican party is just one swath is just not nuanced and the problem I have is the only way to become a good Republican is to become a good Democrat, according to the media,” she complained.

Co-host Whoopi Goldberg couldn’t help herself from responding, pointing out that “the Republican party brought this view of them on themselves” thanks to Trump’s beliefs that he brought with him into office. “You showed your faces,” said Goldberg. “You said you’re okay with everything that happened, all the things we’ve been taught by Americans that are not okay. You said it’s okay and you’ve opened the door for these people to act poorly.”

“I don’t know what to do anymore,” McCain admitted. “Because I can’t keep coming on tv every day and saying we’re just Nazis and Hitler salutes and whatever, because it’s not just intellectually honest.”

Watch the clip below.