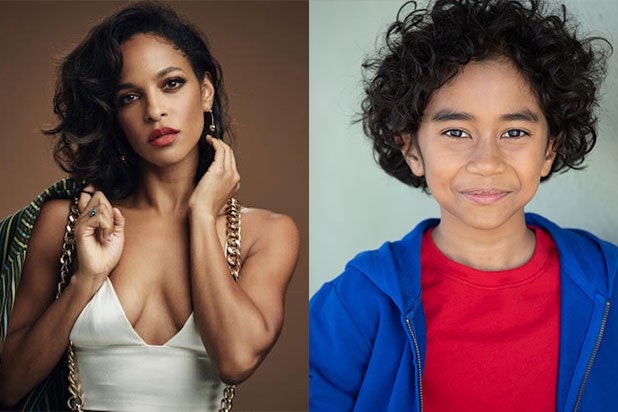 Megalyn Echikunwoke and Yonas Kibreab will lead the cast of the 24th installment and Season 2 finale of Blumhouse TV’s “Into the Dark,” TheWrap has learned exclusively.

Emma Tammi is directing, while Adam Mason and Simon Boyes are writing.

According to Blumhouse, “Blood Moon” follows Esme (Echikunwoke) and her 10-year-old son, Luna (Kibreab), who move to a small desert town looking for a fresh start, but soon attract all the wrong kinds of attention. As the locals begin to probe, Esme must battle to protect her son and a terrifying secret before the next full moon threatens their very existence.

“Into The Dark” is a monthly horror event series, with each feature-length installment inspired by a different holiday.