After last week’s three-way tie for the top demo rating with 9-1-1 and Dancing with the Stars, The Voice reclaimed its spot at the top of Monday primetime snagging both the highest rating and viewership. The latest episode of the NBC competition series rose from the previous week to earn a 0.8 rating in the 18-49 demo and 6.41 million viewers, per fast affiliates.

Though Fox’s 9-1-1 (0.5, 4.91M) and ABC’s DWTS (0.6, 4.57M) didn’t tie for the top demo this time around, they were also among the higher demo ratings of the evening, despite dropping a good amount from previous weeks. DWTS will return next week for its Season 30 finale.

In addition to winning the night’s top demo, The Voice also snagged the most viewers – an honor that typically goes to NCIS. However all of CBS’ Monday night programming consisted of repeats. That said, it was a pretty tame night for CBS with The Neighborhood (0.5, 3.91M) earning its highest demo rating and viewership.

The Big Leap (0.2, 1.39M) rose slightly in viewers, but retained its demo rating from last week. Fellow newbie Ordinary Joe returned to Monday primetime after last week’s The Lost Symbol NBC premiere slightly down in its viewer count from its last airing. 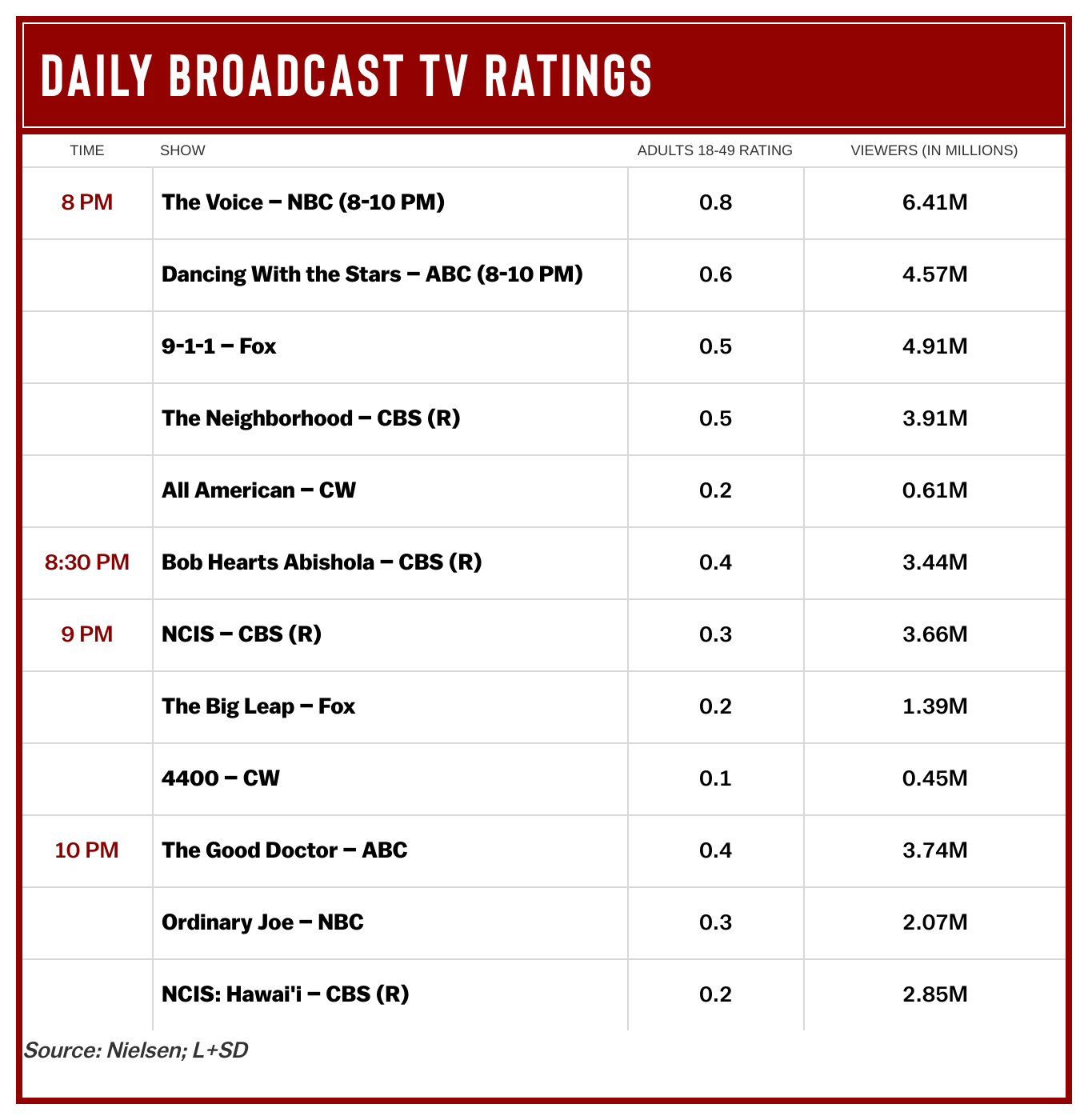 Netflix To Double Size Of Production Hub At Shepperton Studios 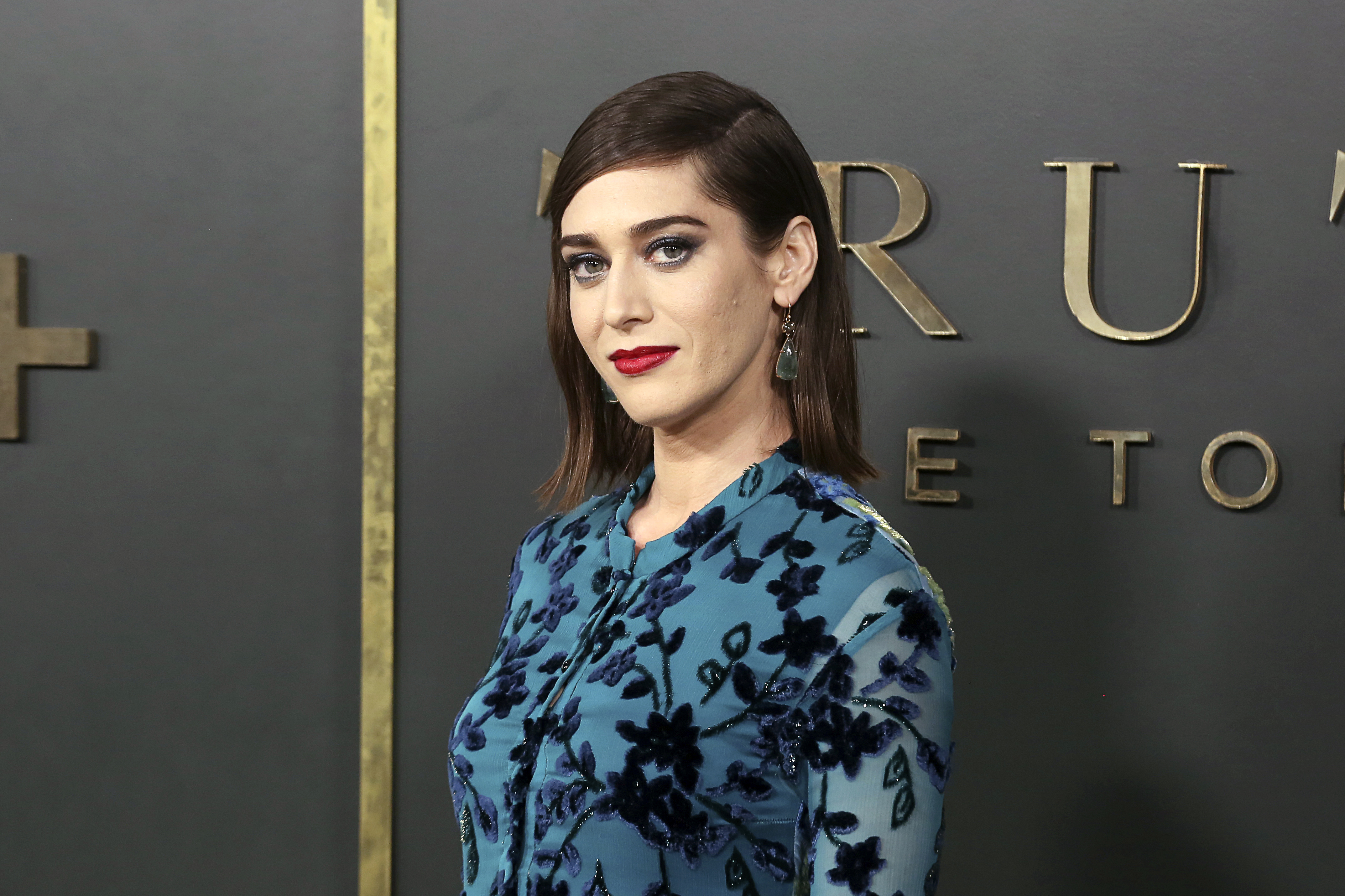