General store manager Connie (played by Nicola Cavendish) introduced Virgin River to her troubled niece, Lizzie (Sarah Dugdale) in the second season of Netflix’s small town romance. With the series confirmed to be returning for season three, recurring newcomer Sarah Dugdale has teased fans could find out more about her character’s difficult past.

Sarah Dugdale has indicated there’s more to find out about her character, Lizzie, in the highly anticipated third season of Virgin River.

The second season of the swoon-worthy drama introduced viewers to Connie’s niece, who moved in hopes of a simpler life away from Los Angeles.

Things turn out more complicated than she expected when her interfering aunt tried her best to stamp out Lizzie’s relationship with aspiring Marine, Ricky (Grayson Gurnsey).

As the unconventional love triangle evolves in the next instalment, Dugdale hinted the series could also turn back the clocks to reveal more about Lizzie’s life before Virgin River. 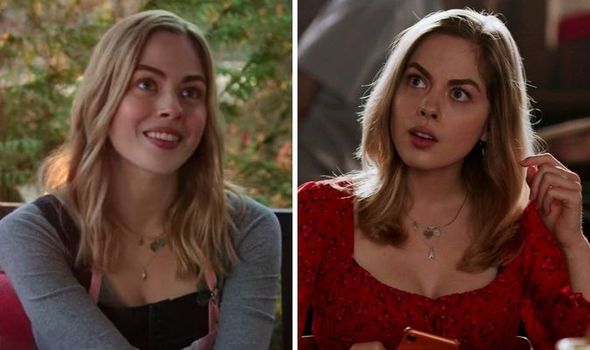 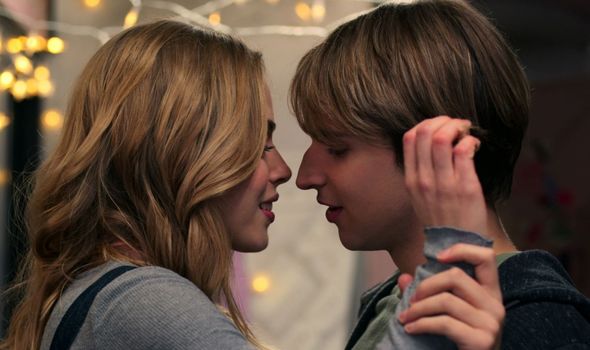 She recently divulged some of her hopes for the character in an interview with TVLine.

Dugdale admitted: “There are still so many things I want to know about her.”

Although Lizzie has fast become one of the most complex characters in the series, little is known about her previous life in LA.

Coming from a highly privileged lifestyle, it’s implied that she made the move to Virgin River to escape some sort of family drama. 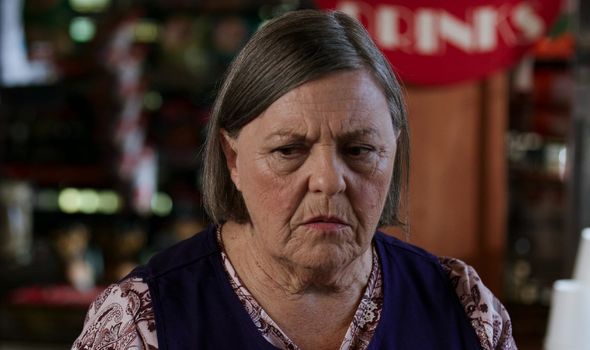 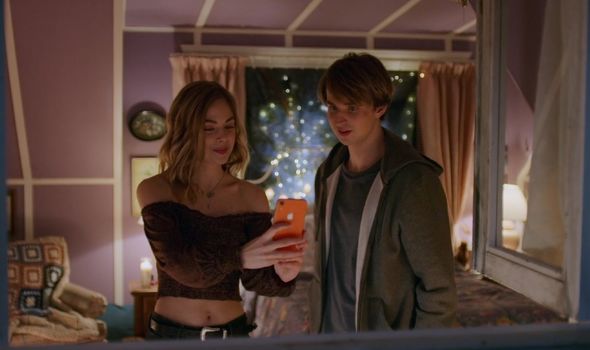 However, her parents have yet to be seen in the series, though the actress hinted they could feature in Lizzie’s story when the new episodes finally drop on Netflix.

She continued: “I want to know about her relationship with her parents, more of her background, how it was growing up for her.”

Previously known for small appearances in series such as Arrow and Supernatural, the Canadian actress landed her first recurring role in Virgin River.

Having spent much more time portraying Lizzie than any other character, Dugdale has since grown quite attached to the rebellious teen.

With Lizzie tipped to play an integral part in the events of season three, the young star is eager to discover more about her character’s complicated history.

Dugdale said: “I love how she’s written, and that we find out little bits about her throughout the series.

“I’ve never had the opportunity to stay with a character this long before, so it’s been really beautiful to build on her with each episode.”

When the series last left off, the pair had finally taken their relationship to the next step.

However, the devastating season finale left viewers with some burning questions as Jack was found bleeding from a gunshot wound moments before the credits rolled.

As the mysteries of Virgin River continue to stack up, season three is shaping up to be the darkest chapter of Netflix’s gripping new drama yet.

Even so, Lizzie and Ricky have quickly become fan favourites, and Sarah Dugdale is optimistic the writers will find time to explore more of their fledgling romance in the coming episodes.

Virgin River season 2 is available to stream on Netflix.