AMERICAN Idol viewers weren't sure whether to laugh or cry when ill-fated contestant Funke Lagoke took a tumble on stage.

The singer fainted mid-way through judges' feedback and was taken to hospital – leaving many to wonder whether she was okay after the ordeal. 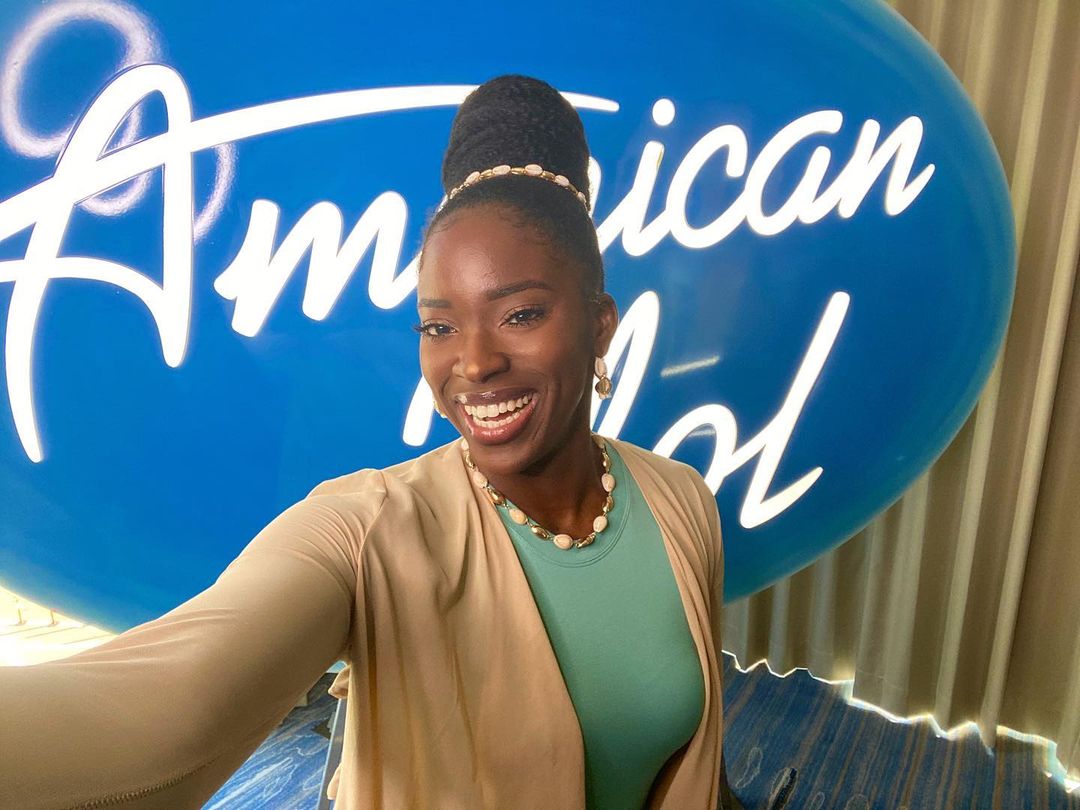 As well as being a singer, Funke was the winner of the Miss Nigeria USA pageant in 2019.

During her time in the competition, she advocated for the expansion of children's education.

She said: “I have found my purpose in teaching by giving back and being a positive influence and an advocate for our future leaders of tomorrow,” she shared.

“Through all of my experiences, life challenges, victories and failures; I had to get back up again and see it through." 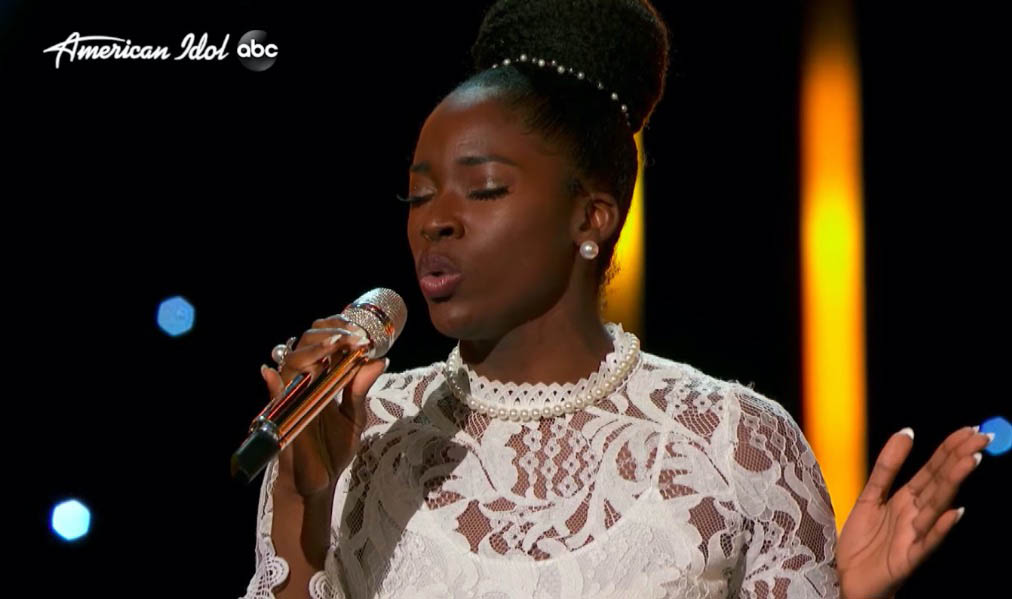 When did Funke Lagoke faint on stage?

Funke suffered the dramatic fall during the Hollywood Week stage of the ABC competition show, on Monday 23.

She performed a rendition of Tell Him by Barbara Streisand with her bandmate Ronda.

Lionel Richie was in the middle of critiquing both singers' performances, telling Ronda that while she started off strong, she "crashed and burned" at the end.

But midway through his criticism, Funke fell straight to the floor face first. 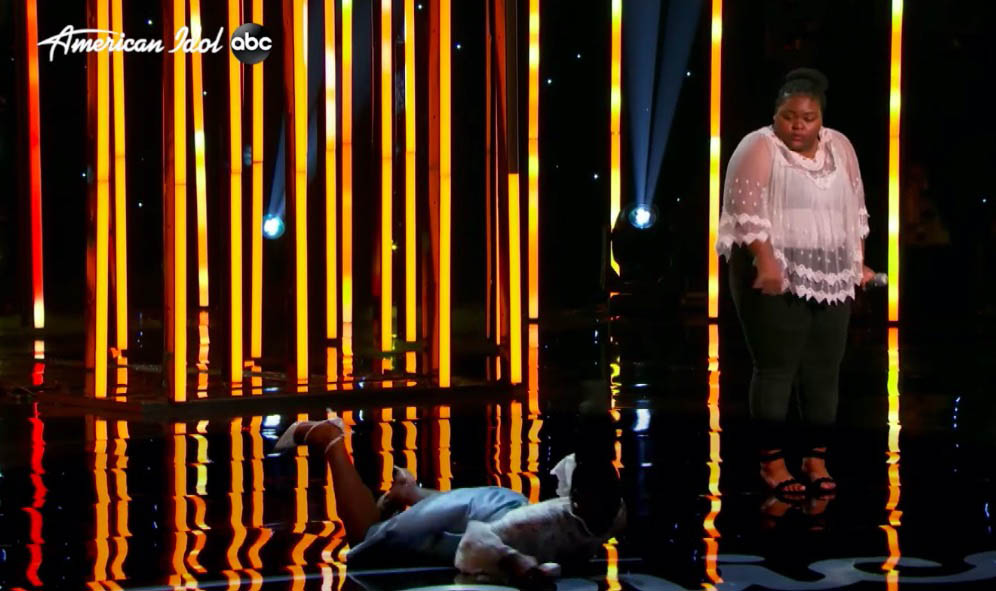 The singer reportedly "busted her chin" as a result of the fall.

After Funke was taken to the hospital, the judges comforted her partner Ronda, who was still in tears over the scary incident.

Lionel then picked up where he left off in his judgement, telling Ronda: “I was about to deliver some news so I thought I should deliver it to you.

“What I was going to say is, we both feel you two deserve to go through. So congratulations!

“I know that was traumatic. But we are here for you and we’re family.”

“I just am worried about her health, that’s the number one thing. I just want her to know I care about her and I want her to be okay.” 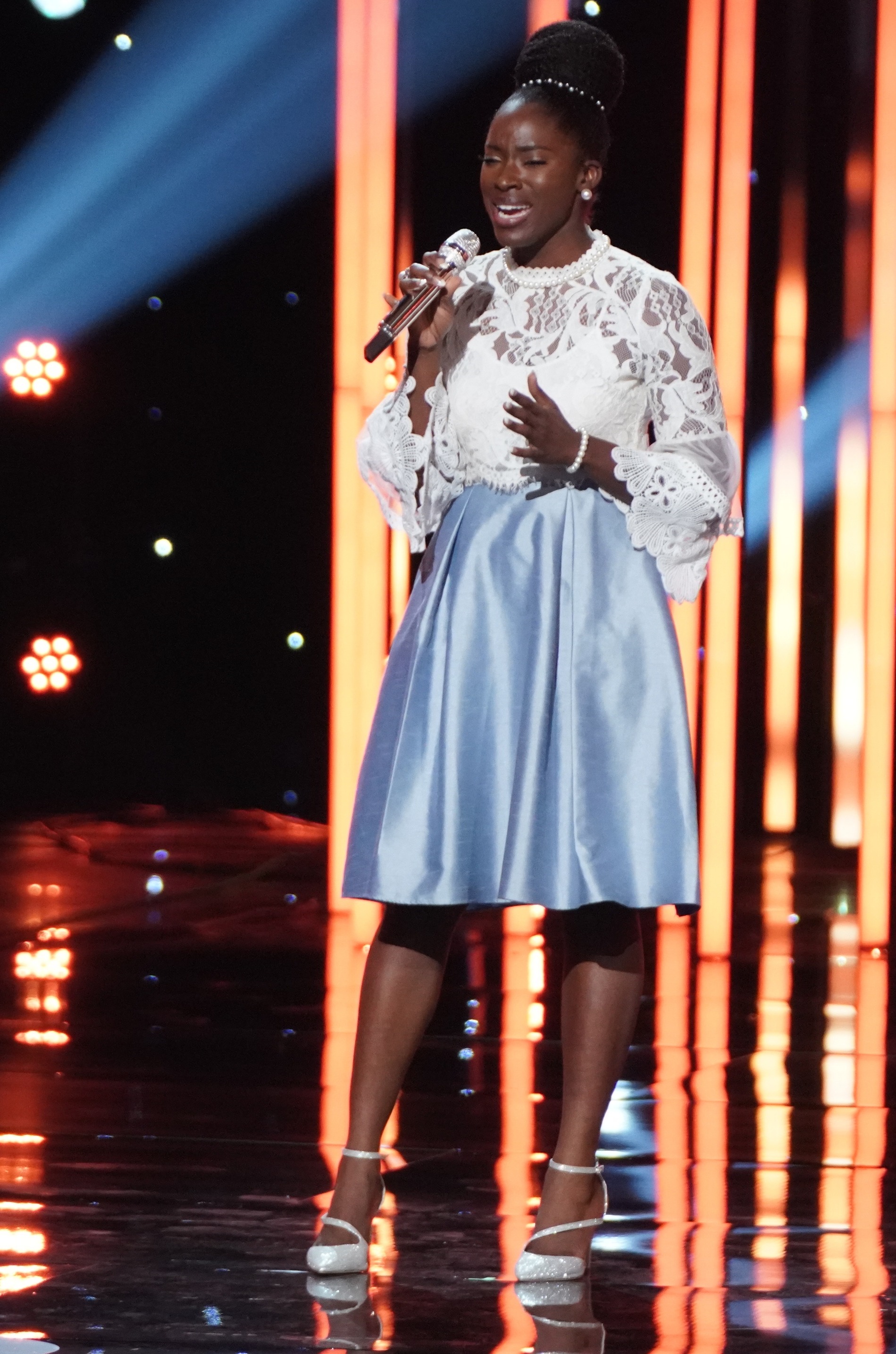 How is she doing now?

Funke has spoken out about the incident, saying that she is "so much more" than her onscreen fall.

"I come with so much more, those that know me know that, and I pray that America and whoever saw this saw that even when we fall in life we're gonna get back up again, and we're going to fight for another day.

"Because that was not how I wanted to be presented the first time … But it's okay because I know God has something I can't see right now.

"I wanted to be highlighted so much for my voice, I did. And they did show something, but I'm so much more than that …"

Yes, we will be seeing Funke again on American Idol.

A statement from the show read: “Funke was treated for dehydration and released from the hospital.

"She will return for the showstopper round.”