“Gremlins” is an ’80s classic with heart that’s endured over the years. And Mountain Dew served up a large portion of nostalgia for fans who were thirsty for more content from the franchise with their 30-second February commercial based on the film. They brought back actor Zach Galligan to reprise his starring role as Bill Peltzer, per IMDb. In the TV spot, Billy lets Gizmo sip from his bottle of soda and the adorable creature proceeds to spill all over itself, which breaks one of the three cardinal rules of looking after a Mogwai [or Gremlins creature]: do not get it wet. Billy’s daughter makes an appearance with a cute Mogwai of her own, and rolls her eyes at her dad’s behavior. The commercial even spawned a limited edition Gizmo doll that was released by the soda company, per Bloody Disgusting.

Much to the delight of “Gremlins” fans, Galligan believed the ad could be an indication that more material from the franchise was on the horizon. “This definitely feels, for the very first time in decades, like the franchise is really revving up,” he told SyFy in February. The actor thought the technical crew was possibly preparing for more Gizmo-based content too.

Actor Galligan told Bloody Disgusting that he wanted it noted that Howie Mandel — who was part of the original film — was brought back to voice Gizmo, and Galligan also wanted fans to know who played his daughter. Keep reading to find out more about her.

Samantha Bartow has appeared in a bunch of other commercials 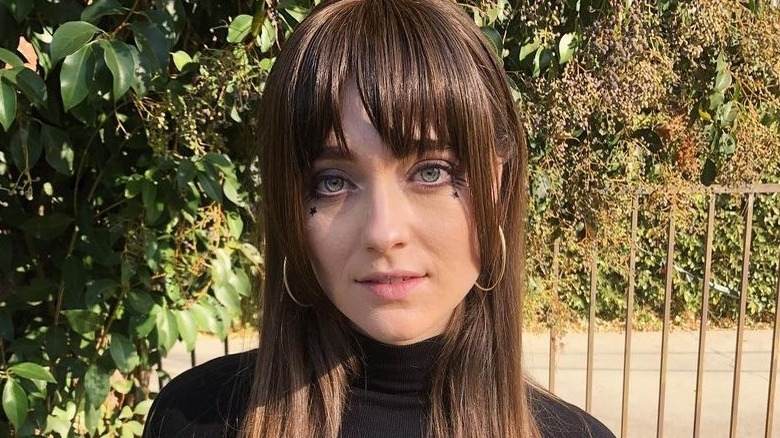 Samantha Bartow played the frustrated daughter of Billy Peltzer in the Mountain Dew “Gremlins” commercial. Unlike Zach Galligan, Bartow was a newcomer to the “Gremlins” universe. Although Bartow did not have any major acting credits leading up to the TV spot, she may have been familiar to viewers as she previously appeared in commercials for Bowflex, Panera, and Fidelity, per Casting Networks. In the past, Bartow pursued a music career, which she promoted on a Facebook page, and with videos on her YouTube channel. She has a collection of IMDb credits in short films dating back to 2014 including “Burn Out,” “Flagged,” and “Patient 1642.” Bartow also was cast in three episodes of the show “Long Slow Exhale.”

The short film “Flagged” was featured on Hulu’s Huluween Week in 2019 and starred Bartow as a woman whose “first day working for a major social media platform takes a deadly turn,” per Close-Up Culture. It was sheer luck that the film’s director, Chelsea Lupkin, discovered Bartow. “Samantha is absolutely brilliant and how I found her is serendipitous,” Lupkin told Close-Up Culture in 2019. She came across Bartow while viewing movies for a film festival she was programming. “Samantha is incredibly emotive and has a way with understanding how she should feel in a scene,” Lupkin said.

Perhaps “Gremlins” fans will get to see more of Bartow’s skills if she plays Billy’s daughter in more projects!