Novak Djokovic’s Wimbledon return has been highly anticipated by tennis fans across the globe as the former champion hopes to add to his long list of Grand Slams. During the opening day, he faced off against South Korea’s Kwon Soon-woo in the first round but BBC One viewers were less than impressed to discover the action from Centre Court didn’t air on the channel until he was 3-2 up in the opening set.

Instead, while the action was underway, Sue Barker was giving fans a rundown of the other matches to take place on the opening day.

The BBC also aired a snippet from an interview with Djokovic regarding his preparations for the tournament as he chases a Grand Slam record – all while the Serb was playing on Centre Court.

When the cameras eventually cut to Djokovic and Kwon’s, Sue Barker filled viewers in.

“The roof is closed on Centre (Court) because of the showers we had earlier,” Sue began. 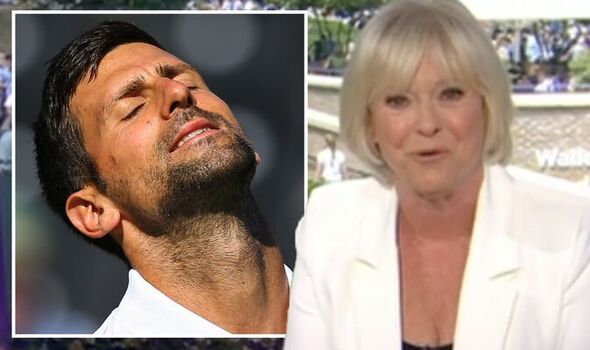 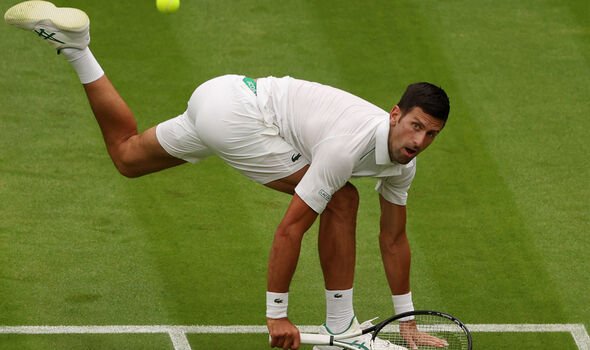 “We think it is going to clear up throughout the day and they may open it but certainly for the first set the roof will remain closed.

“Now, I was looking at Kwon Soon-woo who is playing today, he won four games the only time he met Djokovic, that was on the clay in Belgrade.

“It’s the South Korean who’s leading three games to two,” Sue added before suggesting Djokovic was a slow starter at the tournament and finally cutting to the match. 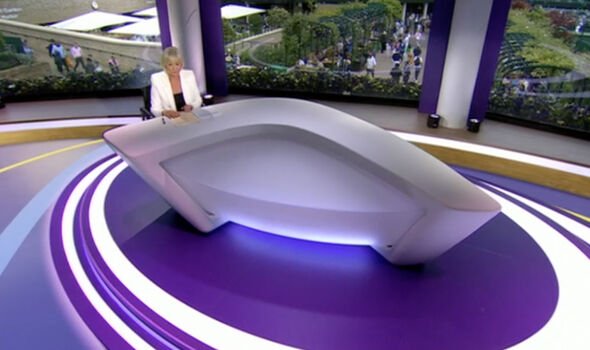 However, with the South Korean putting on quite the performance, many BBC One viewers were irked they didn’t get to witness the action.

In fact, it was only streamed via the BBC iPlayer and Sports sites.

This meant those watching on TV had to wait until the sixth game of the first set to finally catch any of the action.

And this didn’t sit well with many at home, with Twitter user Chris Goldsmith venting: “BBC host broadcaster of Wimbledon is going to go to Novak Djokovic in the 6th game of his match….Shocking……”

Daniel Buxton replied: “Why do they think people tune in to hear pundits chatting rather than actual tennis?”

And @Sargesbackheel tweeted when Kwon went 3-1 up in first set: “And BBC 1 showing a Djokovic interview right now..”

“What is @bbc playing at…….. Djokovic match on #iPlayer? I missed him coming on to Centre Court,” @KelloeCaroline echoed.

Elsewhere @RunForre5tRun weighed in: “I’m trying to remember the last time that BBC didnt do a build up live on CC then watched LIVE the defending champ walk onto court.

“The DISRESPECT shown to Djokovic rn is [angry emoji] #Wimbledon,” they added. (sic)

Wimbledon 2022 continues daily across the BBC.