With the Olympics, Peacock Gets Second Chance at a First Impression

“You’d have to give them a grade of incomplete,” one analyst says of fledgling streamer

NBCUniversal is finally giving Peacock the launch it had initially planned, when the Tokyo Olympics light the torch on Friday after a year-long delay.

NBCU executives are putting live coverage of popular events like track and field, gymnastics (which feature arguably the most popular American competing in Simone Biles) and men’s basketball in an effort to boost interest in its 1-year-old streaming service that has struggled so far to gain traction in a hyper-competitive market.

Comcast said Peacock had 42 million signups by the end of the first quarter (it will report second quarter earnings next week). But since Peacock has both a free and a paid option, the actual number of people paying for the service — which includes the WWE Network and classic NBC series like “The Office” — isn’t as high. The Wall Street Journal reported in May that the service has only 10 million paying subscribers. (An even more recent Bloomberg report earlier this month said Peacock has about 14 million monthly users, with about 3 million of those paying for the service).

But NBCUniversal executives remain publicly optimistic about the service’s launch. “We’re really happy, that’s the truth, and we know that the industry is changing incredibly fast. And maybe you know, some of the goalposts, you know, are moving industry wide. But where Peacock is, our position? We’re really happy with how things have gone,” Rick Cordella, executive vice president and chief revenue officer for Peacock, told TheWrap. Cordella wouldn’t say how many of its 42 million subscribers are paying for the service, but claimed Peacock is about “third of way” to where Hulu is.

Disney-owned Hulu has nearly 40 million subscribers, including those who pay for its live TV offering.

“I think you’d have to give them a grade of Incomplete,” MoffettNathanson analyst Craig Moffett said. “Comcast certainly hasn’t gotten anything like the kind of traction that the most successful platforms have achieved, but the delay of the Olympics last year almost makes it feel like they haven’t started yet. The upcoming Olympics will be the real test, and in many ways this summer should perhaps be viewed as Peacock’s real launch.”

While NBCUniversal was of course disappointed that Peacock couldn’t use the Games last summer to boost its launch, Cordella argued the delay provided something of a year-long soft rollout. 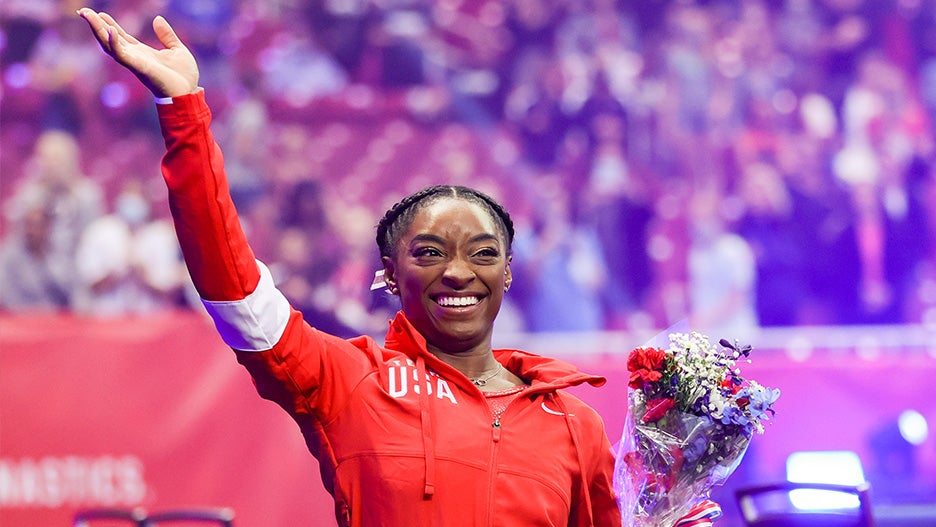 “We’ve got such a better service today than it was a year ago. We’re fully distributed, the content portfolio is deeper,” Cordella said. “We’ve been able to get a year under our belt, and now having the Olympics be sort of that booster engine, as opposed to launch engine, I think could have benefits in the long term. It’s funny how things work out some times, but I think we’re a better position to take advantage of it in 2021.”

Peacock is putting all of its sports on its free tier save one — the U.S. men’s basketball team, which features NBA stars like Kevin Durant, Devin Booker, Damian Lillard and newly-minted NBA champions Jrue Holliday and Khris Middleton. While primetime repeats of the Americans’ games will run on cable, Peacock will be the home of the live coverage, which will often stream at odd hours of the day since Tokyo 13 hours ahead of the East Coast.

Cordella said the idea is to see if the star-laden American team, which unlike most sports covers the entire two weeks, can make those who have been using the free version pay up. “Whether they’re going to upgrade for content is something that we’re hypothesizing at this point,” he said. “We’ll have the real data afterwards.”

But that “afterwards” also proves how the Olympics are just a singular event — and a limited platform for experimentation — even if NBC has another Olympics coming up in six months with the Beijing Winter Games.

“They’ll have a short window where they can use the Olympics to drive downloads and trial. But it will be tricky to create a habit of visiting Peacock in such a short time,” Moffett said. “They’ll be hampered by that lack of originals when it comes to bringing people back. It’s almost as if they’re using the Olympics to sub for the fact that they have so little new scripted programming to create buzz with. That’s a high-risk strategy. The Olympics only last two weeks.” 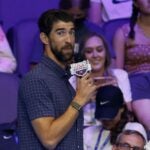 Cordella defended Peacock’s non-sports programming, pointing to the recent launch of the limited series “Dr. Death” as proof that the service’s originals content is getting more traction. But recent reboots of “Saved by the Bell” and “Punky Brewster” paled in comparison to their earlier versions, and last summer’s “Brave New World” was a pricey misfire.

Michael Pachter of Wedbush doesn’t think the Olympics are going to “move the needle.”

“Unlikely that the Olympics does much. I think it will be a slow ramp as people discover what content is on the site,” he said. ” Unlike Disney, the Peacock brand doesn’t connect with consumers and doesn’t really suggest what is available on the site. As they build out their content, word of mouth will help with subscribers.”

More than most other general entertainment streaming services, Peacock is relying on sports to attract subscribers. After the Olympics, Peacock will have the WWE’s Summer Slam followed by NFL preseason (and in two years, live regular season NFL games). Then there’s Super Bowl LVI next February from Hollywood (which will also air on NBC, of course) and the aforementioned Beijing Games.

“The hardest part is getting someone to make sure they’re aware that Peacock exists,” Cordella said.