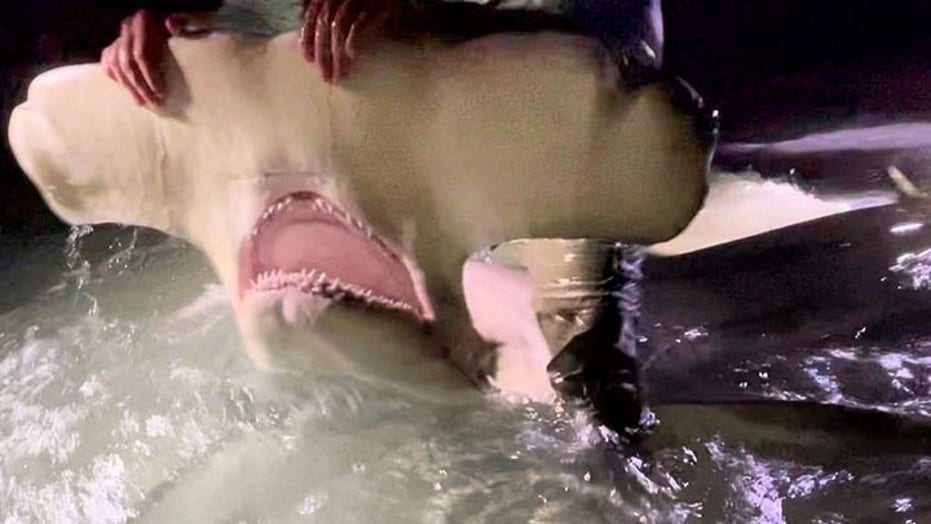 That’s a lot of shark.

A charter fishing company reeled in a massive hammerhead shark off the coast of Florida. According to the company, this is the largest shark it’s ever caught. 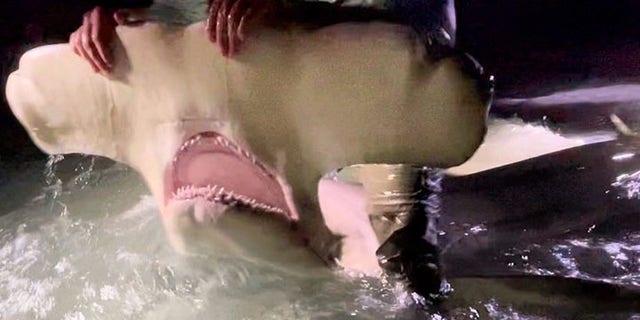 A representative for the company spoke with Fox News, saying that they don’t often come across sharks this big.
(Navarre Beach Shark Fishing)

Co-owner Jack Moran spoke with Fox News, saying that they don’t often come across sharks this big. According to the company, the clients were “super excited and we’re in awe.”

The company posted a video of the catch to its YouTube channel.

“It’s pretty rare when it comes to greater hammers for our area,” Moran explained. “They are more common in south Florida.”

When it comes to this particular shark, however, “This one takes the cake so far.”

While the shark put up a fight, the anglers were able to bring it to the boat fairly quickly.

“We had her in and out under 15 minutes tops,” Moran said. “We kept her in the water the whole time to ensure a proper release.”

Ensuring a safe catch is part of the company’s mission.

Moran stated, “We take every precaution to get the sharks in as quick as possible for a quick and safe release.”