Two police officers in Kenosha, Wis., who were linked to the shooting of knife-carrying suspect Jacob Blake in August, returned to duty Wednesday, according to reports.

Officers Vincent Arenas and Brittany Meronek had been on administrative leave since the Aug. 23 incident, which left Blake partially paralyzed. The confrontation drew national headlines and set off rioting in the city two nights later that led to the shooting deaths of two individuals.

Neither Arenas nor Meronek was charged with a crime in connection with the Blake shooting, WTMJ-TV of Milwaukee reported. Neither used deadly force during the incident, the report said. 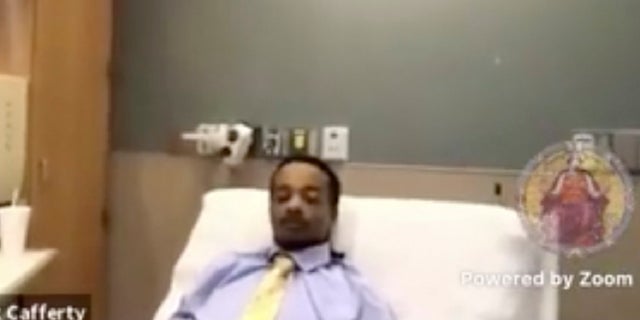 Arenas and Meronek returned to duty after a review of the shooting was completed.

Sheskey remained on administrative leave, pending completion of a Kenosha police review of his use of deadly force, WDJT-TV of Milwaukee reported.

Prior to joining the Kenosha force, Arenas was a member of the Capitol Police in Washington, D.C., RollCall.com reported.

During the Blake incident, both Arenas and Sheskey had used stun guns on Blake, the report said.

Police had been called to the scene on a report of a domestic disturbance. Video showed Blake being shot after opening a car door and leaning inside.

A knife was later found inside the car, RollCall.com reported.

During an appearance on ABC on Jan. 14, Blake claimed he had a knife while involved in a tussle with police, dropped it, then was shot after he picked up the knife and tried to put it inside his car.

Meanwhile, an Illinois man named Kyle Rittenhouse, 18, awaits trial on murder charges in connection with two shooting deaths during the subsequent Kenosha protests. Rittenhouse has pleaded not guilty to the charges.

Rittenhouse was 17 at the time of the alleged crimes.