WHEN Molly McLaren matched on Tinder with Joshua Stimpson, she could never imagine the terrifying nightmare that would follow.

It would end in her being brutally knifed to death in a car park outside her gym, on June 27th, 2017, in broad daylight. 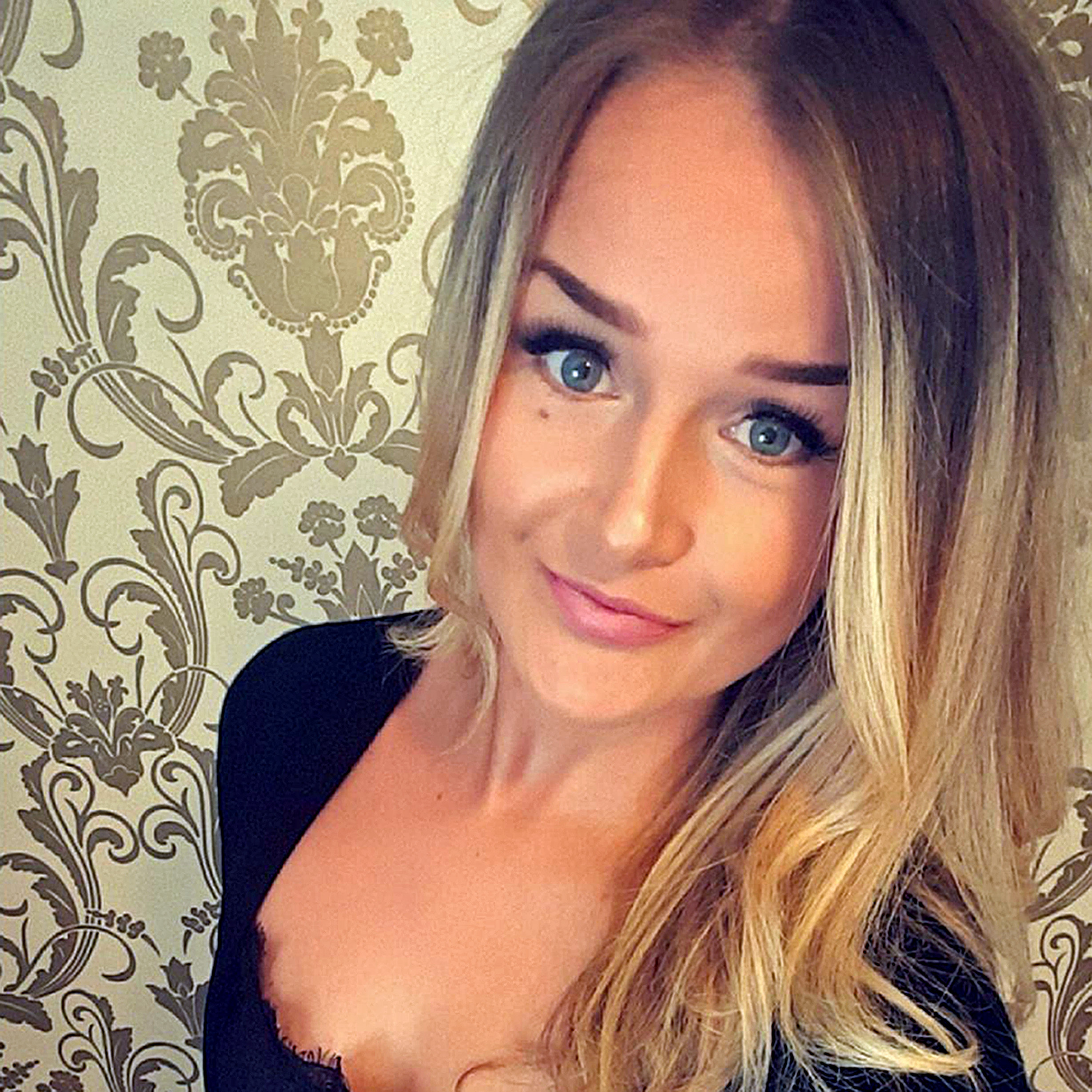 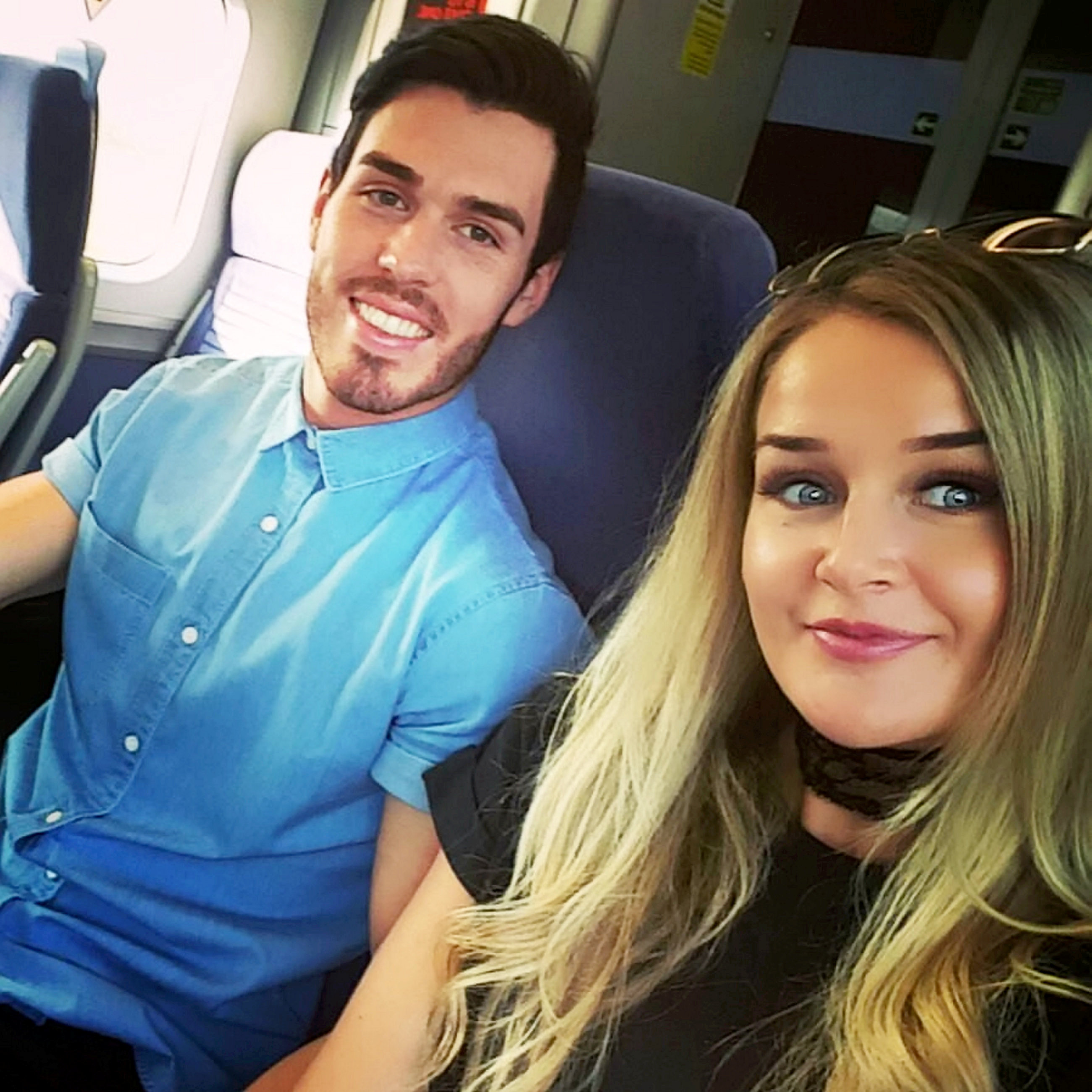 All because she dumped him.

After they split, Stimpson bombarded Molly's Facebook with abuse and used an unwitting friend to track her movements on Instagram.

Twelve days after Molly ended their relationship, obsessed Stimpson appeared at her gym and followed her out into the car park at Chatham Dockside outlet, Kent.

He then lunged at her, knifing her more than 75 times as she sat helpless in her Citroen.

Now a new ITV2 documentary, The Social Media Murders, looks at the events that led up to Molly's tragic, violent death.

Here we reveal the key warning signs and missed opportunities that could have saved Molly's life.

Within a few months of meeting, Stimpson went from charming to "suffocating".

Friends and family say he would insist on going to her house even when Molly was busy with her studies and wait until she had finished.

On one occasion he fired off an angry text telling her: "It's unfair me wasting hours of my weekend sat on your bed in silence," to which she replied: "I didn't make you stay yesterday."

One major alarm bell was when Stimpson quit his job as a warehouse worker so he could spend more time with Molly.

Molly's mum Joanne said her daughter was "absolutely livid" that he did that.

When Molly decided to end their relationship after four months, in November 2016, Stimpson refused to accept it and bombarded her with messages.

And so, Molly took him back.

Joanne said: "It was easier to take him back than not."

Friends believe Molly and Stimpson bonded over their shared openness about their mental health issues.

Molly suffered from anxiety and blogged about her experiences, while Stimpson told her he was bi-polar.

Molly's dad Doug said: "We thought maybe they could help each other."

But after Molly tried to dump Stimpson the first time, he used his condition to get attention from her.

Dr Philip Joseph, forensic psychiatrist, said: "Joshua used his bipolar disorder to put pressure on Molly in order to get her to focus entirely on him.

"A significant warning sign, but of course Molly wanted to support him because she thought he was going through a very difficult period."

One friend said: "Any time they had a disagreement, that came up. 'You must spend time with me because I'm having an episode.'

Dr Joseph was asked to assess Stimpson during the trial, and found he was not suffering from bipolar affective disorder.

Out of revenge for Molly breaking up with him, Stimpson started bombarding Molly’s Facebook with cruel accusations, including allegations of drug use.

He also reposted private text messages and accused her of lying to her family.

Molly’s mum Joanne said that after contacting Facebook, the posts were taken down.

She says: “They said if he continued to do it, they would block him.”

More posts did appear- but those posts were looked at in isolation, not as part of Stimpson's continued harassment and Stimpson was not blocked.

Rory Innes, CEO of The Cyber Helpline, tells the documentary: “They weren’t looking at the bigger picture and the pattern of behaviour Joshua was displaying and that was stalking.”

When the abuse started, Molly blocked Stimpson on all her social media platforms and changed her name on each of them to prevent him spying on her life.

But Stimpson employed an unnamed friend, with whom he had previously matched on Tinder but never met in person, to keep track of her what she was posting on Instagram.

One night, Molly posted on Instagram about going to the Ship & Trades pub- and was horrified to see Stimpson there with a date.

She had posted a picture of where she was on Instagram earlier, and Stimpson had convinced the friend to report her whereabouts to him.

Rory Innes said: "People who are enlisted into helping stalkers often don't understand the full extent of what's happening and the impact on the victim.

"They are lied to and given some fake narrative of what that person has done."

On the morning of her murder, Stimpson appeared at her gym and started exercising next to her.

One of Molly’s friends wonders on the programme whether he somehow had information from Molly’s Snapchat, in which her location was marked on the Snap Map function.

A Snapchat spokesperson said location-sharing is turned off by default on the app and explained: “There is no option for users to share their location publicly with anyone who is not already their friend.”

Five days before she was killed, on June 22nd, Molly and her mum handed the police a file documenting Stimpson’s harassment.

The police called Stimpson to issue a warning about his behaviour.

Molly's mum Joanne says on the programme that they called Stimpson and his voice was "very calm, very collected, quite cold".

And Joanne will never forget the warning Stimpson gave.

She said: “The police told him he must stop what he was doing and if he didn’t stop they would arrest him.

“He kept repeating, 'I’ve done nothing wrong, and if you think I have there’s more to come,' and those words still haunt me now.”

Aspiring personal trainer Molly thought it was endearing that Stimpson had never had a girlfriend before.

Mum Joanne said: "He'd once said to Molly that he'd not had a girlfriend before, she was his first girlfriend.

"She felt a bit sorry for him, that he was a bit lonely. He seemed to be not just looking for love but to be wanted by someone."

But that was another lie.

At Stimpson's trial in January 2018, where he was jailed for a minimum of 26 years for Molly's murder, two ex-girlfriends testified.

Stimpson had threatened one woman on social media after they split up.

She also believed he had slashed her tyres, after he had messaged her to say "there was something waiting" for her at home.

She had gone to Staffordshire police about the incident, who sent warnings to Stimpson by text and voicemail.

However, as there was no evidence to say he had been the culprit, it wasn’t recorded as a crime.

She said: “I was lucky enough to get away from him. I'm mortified. This twisted f**k made my life hell and the police were informed yet did nothing about it.

“This poor girl did the same and still nothing. I can't even imagine what her family are going through.”

Doug said of Molly and Stimpson: “They met on a dating site. Do you know that what they’ve written on that profile is actually true? In this case, it wasn’t.”

The Social Media Murders is on ITV2 tonight(Wednesday, November 17th) at 9pm. 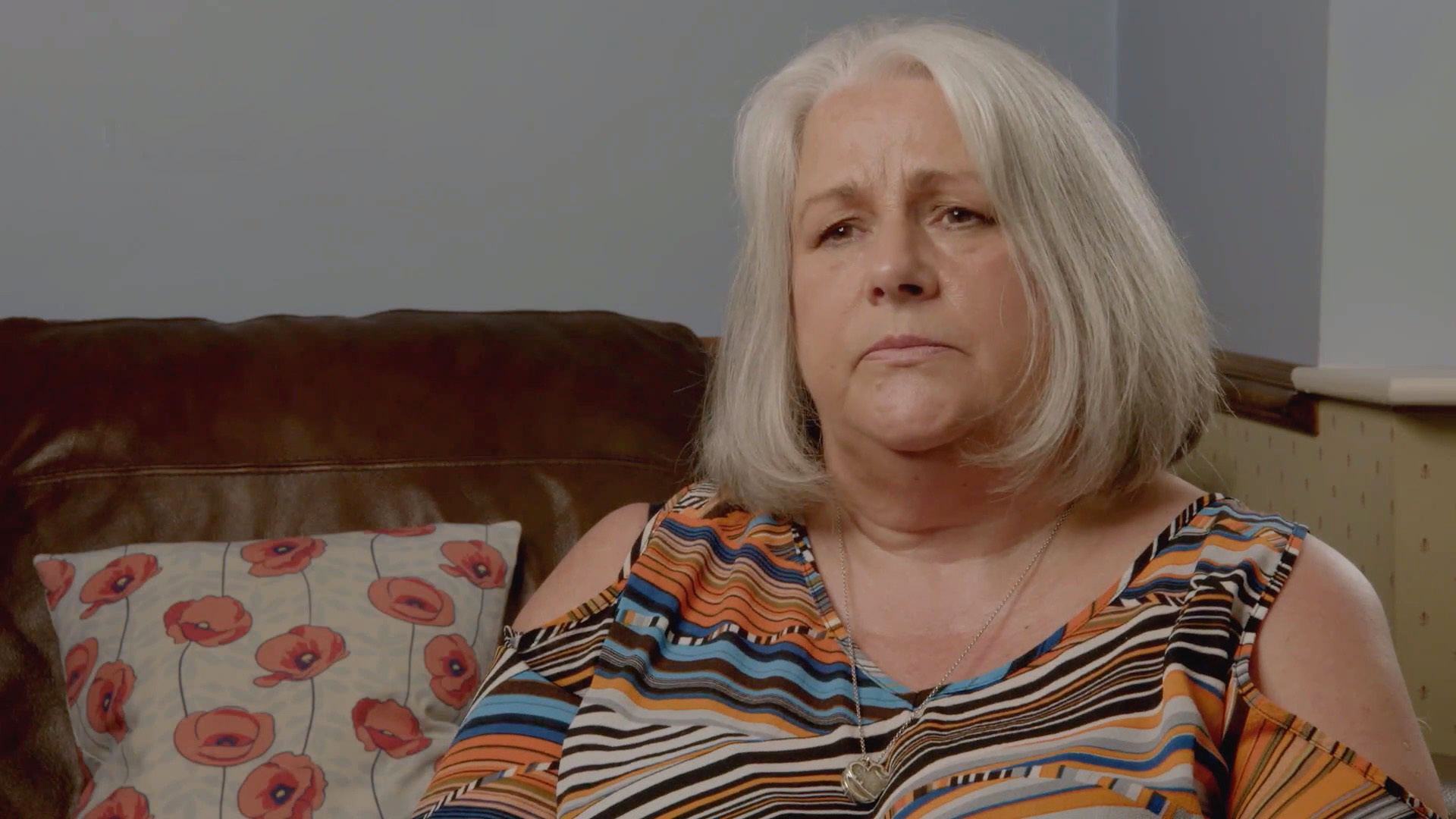 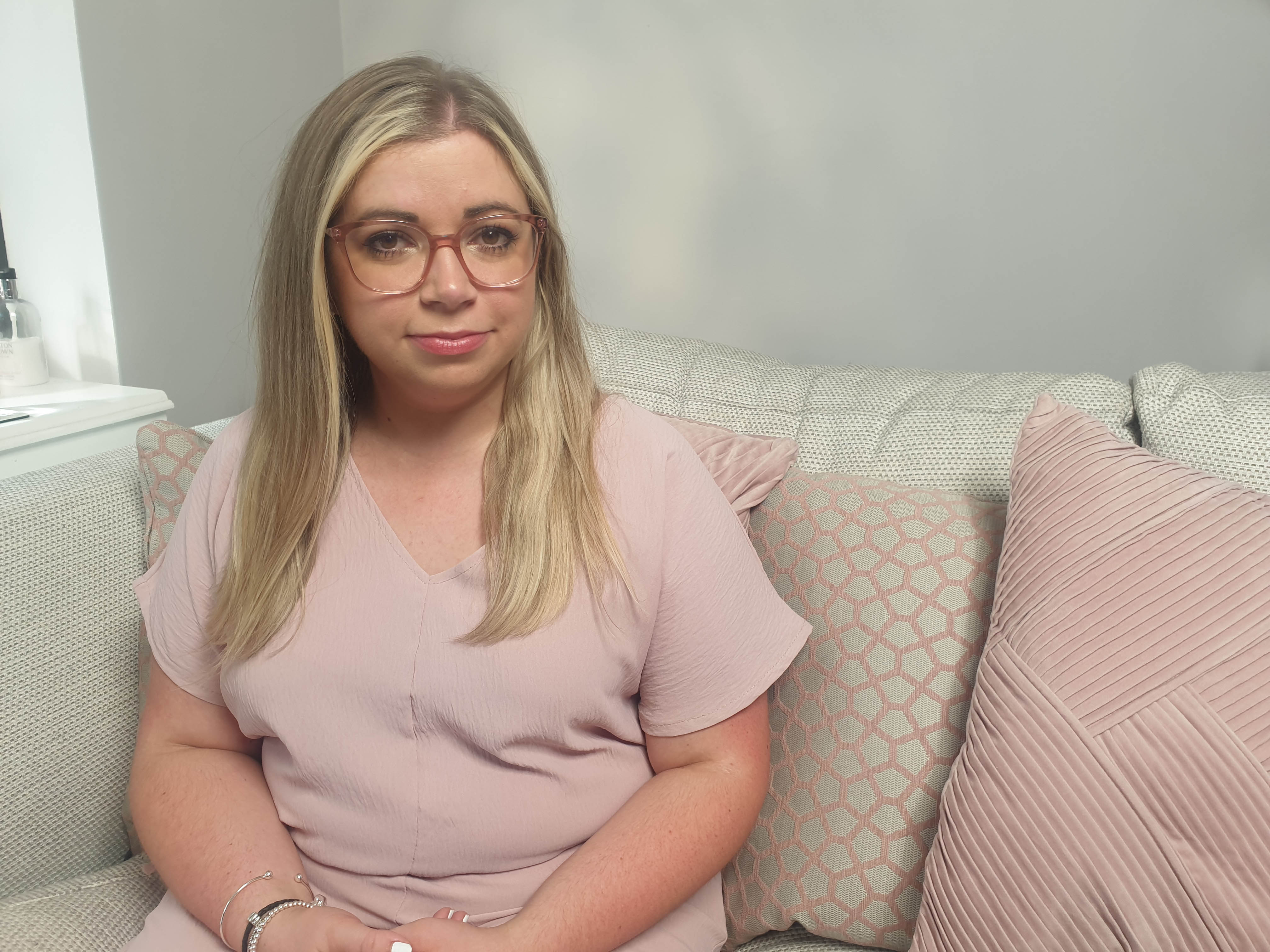 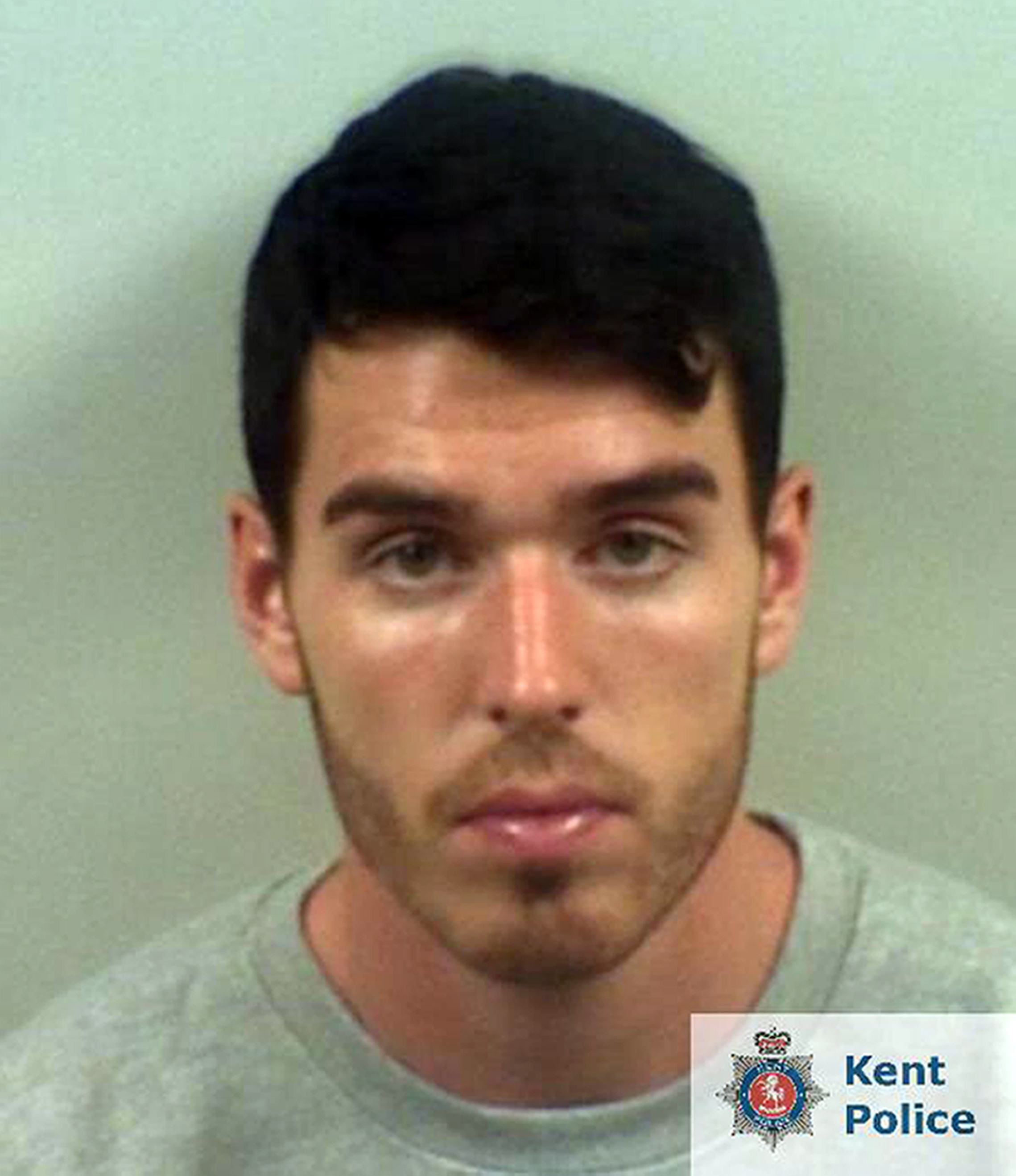