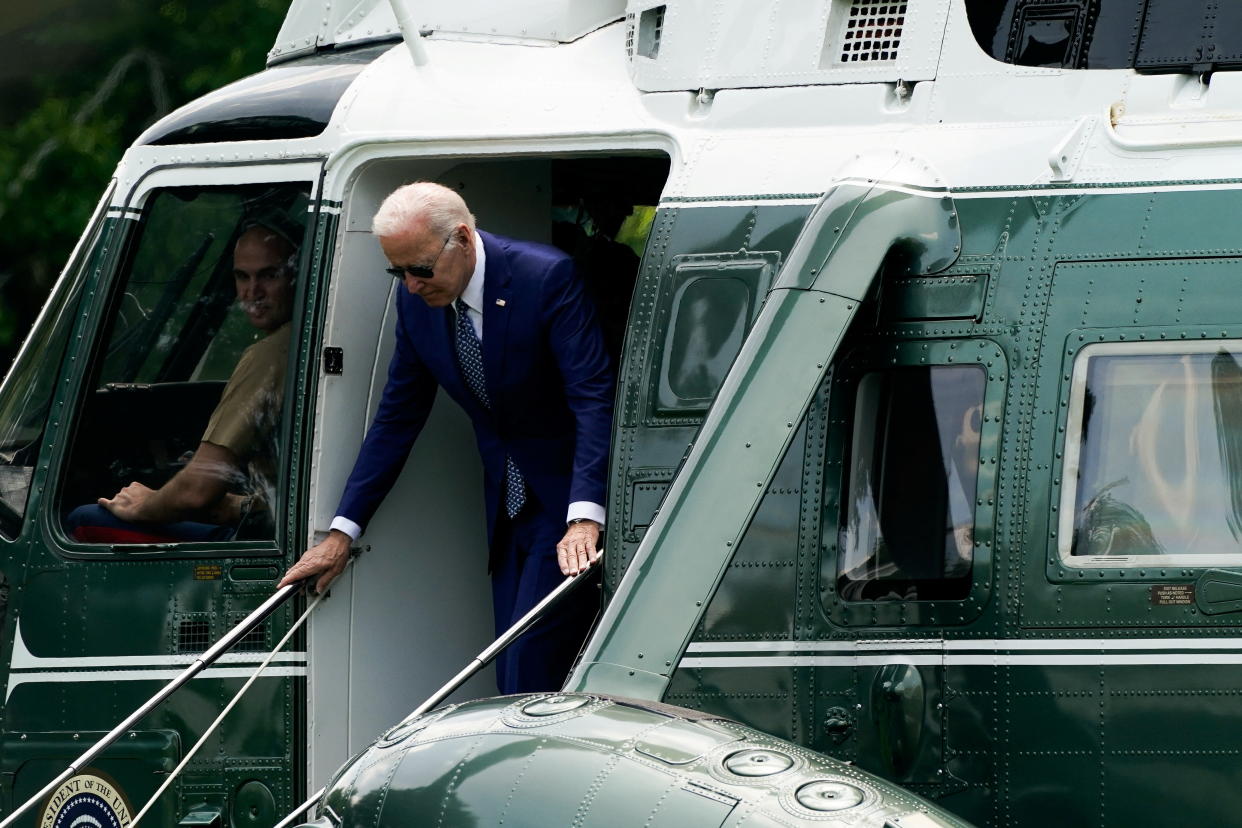 A coalition of families and survivors of the Sept. 11 attacks on Tuesday urged President Biden, during his visit to Saudi Arabia next month, to hold the kingdom accountable for its role in the terrorist strike that killed almost 3,000 people.

“We appreciate the president’s commitment to do everything he can to support the 9/11 family community, but empathy is not enough,” Terry Strada, the national chair of “9/11 Families United,” said in a statement. “President Biden must do what past presidents have not, which is to demand transparency from Saudi Arabia and accountability for those who supported al Qaeda and the hijackers who murdered our loved ones.”

The White House said Tuesday Biden would travel to Saudi Arabia next month for a summit of Arab leaders. The visit will include a meeting with Saudi Arabia’s King Salman, as well as with the effective leader of the country, Crown Prince Mohammed bin Salman, according to White House officials.

Strada was responding to a comment by White House spokesman John Kirby during an interview with CNN earlier in the day.

“What I can tell you is that the president will never shy away of representing the interests of the American people on a national security level wherever he goes,” Kirby said, when asked if he could assure the victims’ families that Biden would address some of their concerns with Mohammed.

“He continues to do everything he can to support the families of the victims of 9/11,” Kirby added. “He knows what a devastating grief they still endure, and he will not shy away from representing them and their concerns.”

A White House spokesperson told ABC News that “our hearts are always with the 9/11 survivors and families who are suffering” and noted the president has taken steps toward accountability.

“President Biden made a commitment to ensuring the maximum degree of transparency under the law and to assist these families in their work to seek full accountability regarding the declassification of 9/11 documents,” the spokesperson said, pointing to an executive order Biden signed that required certain federal agencies to review classified documents related to Sept. 11; that action has resulted in the declassification and release of thousands of pages of documents since he took office.

Biden has come under intense criticism for agreeing to meet with Mohammed, whom the U.S. has assessed ordered the operation that murdered Washington Post columnist Jamal Khashoggi. 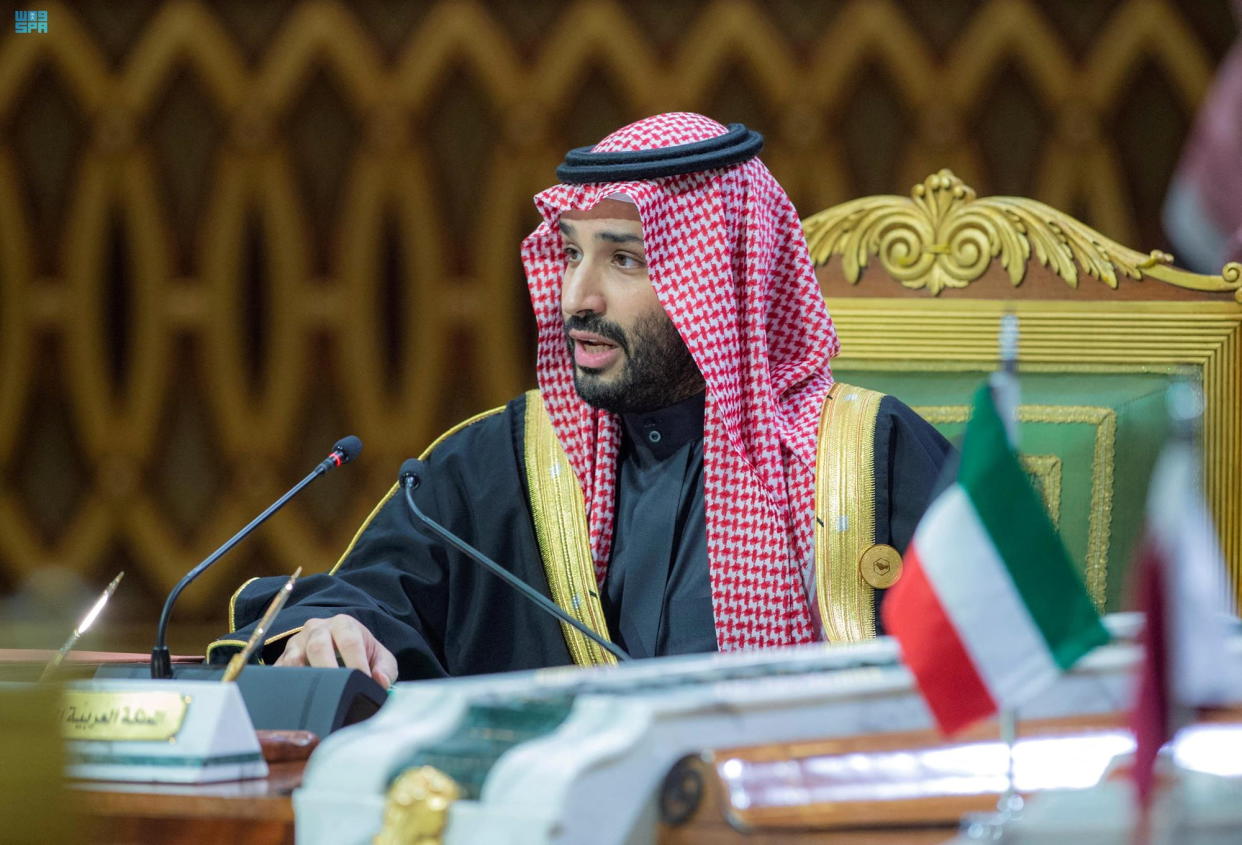 As a candidate, Biden pledged to make Saudi Arabia a “pariah” over its human rights abuses.

But the president has also struggled to rein in sky-high inflation. While many ways out of his control, the rapidly rising cost of goods is weighing on Americans’ wallets and proving to be a major political liability for Biden and Democrats heading into this fall’s midterm elections.

Biden is seeking ways to relieve high gas prices, which have in large part been pushed higher by Russia’s invasion of Ukraine and the subsequent sanctions on Moscow’s oil and gas sector.

The White House has welcomed increased oil production with the hope it would drive down gas prices in the U.S. Biden authorized a historic release of oil from the nation’s strategic reserve of petroleum, and his White House welcomed a decision by the OPEC+ oil cartel to boost its production levels.

While Saudi Arabia and the Biden administration have both said energy security will be part of Biden’s discussions during his visit, the White House has sought to avoid the negative optics of an American president flying to Saudi Arabia in a bid for more oil.

“Of course, he will be — they will discuss energy with the Saudi government,” White House press secretary Karine Jean-Pierre told reporters Monday. “I think what I’m trying to say is to look at this trip as it being only about oil is not — it would be simply wrong to do that.”

The president had even danced around whether he was even going to go to Saudi Arabia at all; “I have no direct plans at the moment,” he said on June 3, after multiple reports said he planned to travel there.

But while Biden once pledged to isolate Saudi Arabia, Jean-Pierre said Tuesday he was “not looking to rupture relationships.”

Asked if Biden would bring up Khashoggi during his meeting with the crown prince, Jean-Pierre would not directly answer.

“Human rights is always part of the conversation in our foreign engagements,” she told reporters on Air Force One, en route to Philadelphia. “So, that will always be the case.”

Biden will also travel to Israel and the West Bank during the trip, which will take place July 13 to 16, according to the White House.