The Victorian government is discussing options for a permanent Indigenous voice in the state’s political and legislative framework, which the Aboriginal community hopes could include a “Black Parliament” or new seats in the regular Parliament.

As part of talks on a nation-leading treaty between the state and First Peoples, preliminary conversations have begun about reforms that would give Aboriginal people influence over government decision-making, according to three government sources familiar with the talks who spoke anonymously because they are private. 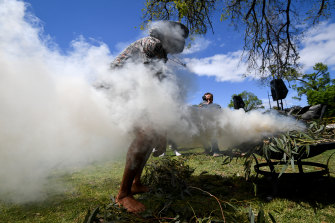 The Victorian government is considering ideas for a permanent Indigenous input into the power structures of Victoria.Credit:Justin McManus

If Victoria moved to having a permanent Indigenous voice it would be the first Australian jurisdiction to do so.

The First People’s Assembly, a body elected by Indigenous Victorians to negotiate a treaty, has told the government a powerful voice is critical to the process. The proposals have not yet been formalised and will come to a head in 2023 when the final stages of negotiations begin.

The sources said options being canvassed included reserved seats in Parliament for Indigenous representatives – which exist in New Zealand – and a mechanism for Indigenous people to have a say in the cabinet process where ministers decide on policy.

Another option is that the 32-person assembly that represents Victoria’s Indigenous clans would gain constitutional power to pass laws on Aboriginal affairs, amounting to what some community leaders have described as a “Black Parliament”. This model would be highly controversial and would require changes to the state’s constitution.

On Friday, the assembly agreed on the treaty negotiation framework to feed into discussions with the government. The framework includes reference to a “meaningful voice” and the prospect of seats in Parliament and a “permanent representative body with meaningful decision-making powers”.

“These are big steps on the journey to treaty, but they are early steps and we want and need more community guidance about many of the details,” assembly co-chair and Bangerang and Wiradjuri elder Geraldine Atkinson said.

“Nothing is off the table at this stage, so we need to think big and push hard. But to get it over the line, we’re going to need community to get behind us.”

The assembly’s other co-chair, Marcus Stewart, said, “We’re still yarning with community about details, but we know that we’ll be pushing hard for significant systemic reform”.

“Whether it’s called a Voice or something else we’ll work that out, as long as it delivers real change and puts traditional owners in the driver’s seat when it comes to our communities and our Country.”

A government spokeswoman said it would be inappropriate to comment on proposals at this early stage of the treaty process but agreed that “nothing is off the table”.

The Victorian Labor government’s Indigenous agenda is expansive. It passed reconciliation laws to achieve a treaty in 2018. To gather evidence that will guide treaty outcomes, a “truth-telling” commission with the powers of a royal commission was established to examine the ongoing effects of colonisation. Victoria is the only state or territory that has enacted both the treaty and truth elements of the Uluru Statement from the Heart manifesto from 2017.

However, Victoria’s Indigenous leaders have pushed back against the concept of a voice as recommended in the Uluru statement, saying the shape of a permanent voice in Victoria’s power structures would need to be agreed to by their community. 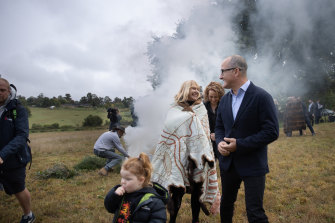 Any reforms would be negotiated as part of the years-long treaty process. The government is in the second of three stages of treaty negotiations with First Peoples, which includes the establishment of a self-determination fund to provide an independent source of revenue to support Indigenous advancement. The third phase will involve substantive discussions on what the treaty will entail.

Former Victorian premier Jeff Kennett, who was a member of the federal government’s Indigenous Voice co-design group, said he supported the idea of a state-based Voice to Parliament. However, he said it was important the body would provide “instructive advice that can be listened to, but can’t override Parliament”.

“I am very much in favour of a Voice, but it can’t initiate legislation … It not only recognises the role of the Indigenous community, but gives a view back on the things that might affect them.”

Mr Kennett said the assembly in its current form was appropriate to provide ongoing advocacy. His belief that a prospective representative body should have limited powers highlights the pushback the Andrews government would probably face from conservative politicians and commentators if it chose to create new legislative frameworks. The Victorian opposition did not support the treaty bill in 2018.

While the proposed Commonwealth Voice would be an advisory body that might act similarly to the human rights or productivity commissions, the assembly’s proposals represent a more powerful and tangible version of a voice.

Mr Kennett’s position aligns with that of former prime minister Malcolm Turnbull, who in 2017 rejected a proposal for a constitutionally enshrined voice to Parliament on the basis that it had little chance of succeeding in a referendum and “would inevitably become seen as a third chamber”.

The constitutional model stemmed from an extensive consultation process that culminated in the Uluru statement, which favoured a body with meaningful powers rather than a symbolic recognition.

Indigenous Australians Minister Ken Wyatt has committed the federal government to legislate a Voice to Parliament, having released an interim report on the co-design process in January this year. The consultative process was planned to run for four months and a final report had been expected by August but has not been delivered.