An elementary school teacher wounded in the second-most deadly school shooting in U.S. history in Uvalde, Texas, described the chilling moments he first encountered a gunman who would take the lives of 19 students and two teachers.

Arnulfo Reyes was watching a movie with 11 of his students when he heard the deadly shots ringing out, he told ABC News anchor Amy Robach for an interview airing Tuesday on “Good Morning America,” as he recovered from two gunshot wounds at Brooke Army Medical Center in San Antonio.

The 17-year veteran teacher described multiple harrowing encounters with the gunman, offering the most vivid account yet of what transpired inside his classroom on May 24, when 18-year-old gunman Salvador Ramos attacked Robb Elementary School.

Reyes and his students were in Room 111, one of the adjoining classrooms where Ramos allegedly carried out the attack, he said. When the children began asking, “What is going on?” Reyes said he attempted to remain calm and gave instructions to his students to keep them safe. 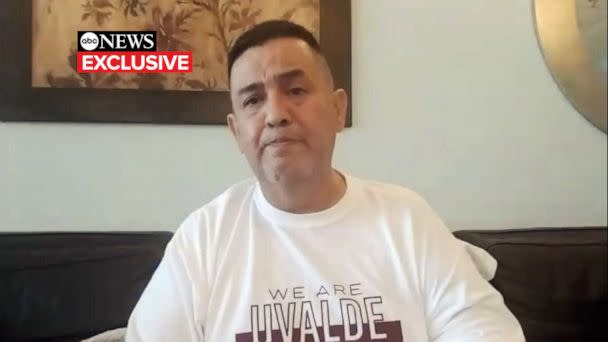 MORE: Survivor of Uvalde school shooting to testify before Congress on gun violence

After Reyes told the children to get under the table, he turned around and saw the gunman standing there.

Reyes said he was shot twice. One bullet went through an arm and lung, and another bullet hit him in the back.

Reyes then heard police officers outside the classroom as a child in the next room called for help, he said, adding that he believes the officers had walked away at that point, having not heard the pleas.

“One of the students from the next-door classroom was saying, ‘Officer, we’re in here. We’re in here,'” Reyes said. “But they had already left.” 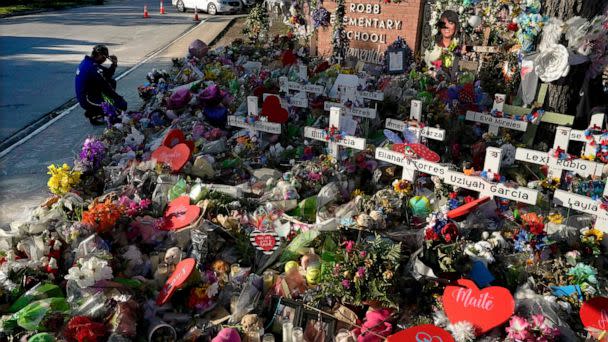 The gunman then got up from behind Reyes’ desk in Room 111 and began shooting again in Room 112, Reyes said.

The next time Reyes heard officers, they were telling Ramos to come out — that they just wanted to talk and were not going to hurt him, Reyes said.

Then, silence. Before eventually officers breached the door and fatally shot him, Reyes said.

One student survivor, 10-year-old Samuel Salinas, told ABC News after the shooting that the gunman came into his classroom and said, “You’re all gonna die,” and just started shooting.

“He shot the teacher and then he shot the kids,” Salinas said, adding that he played dead to avoid being shot.

The funerals for the victims are continuing until June 25.