Alex Murdaugh was booked into a South Carolina detention facility on Saturday following his Thursday arrest in Florida.

The disgraced South Carolina attorney was taken into custody following his release from a drug rehabilitation facility in Orlando. He arrived Saturday at the Alvin S. Glenn Detention Center in Richland, South Carolina, near Columbia, after waiving an extradition hearing in Florida, according to reports.

Murdaugh’s attorney, Dick Harpootlian, had said Friday that Murdaugh intended to return to South Carolina voluntarily, after acknowledging that he will likely face prison time.

According to warrants made public Saturday, Murdaugh was charged with two counts of obtaining property by false pretenses in connection with the estate of Gloria Satterfield, a former housekeeper who worked at Murdaugh’s home until her death in 2018, Greenville, South Carolina-based FOX Carolina reported.

Satterfield fell at the home, striking her head, on Feb. 2, 2018, and then died 24 days later, the station reported.

Authorities say Murdaugh then worked with Satterfield family members to put together a lawsuit against himself that would allow the survivors to collect an insurance payment, then convinced the Satterfield family to hire lawyer Cory Fleming to represent them, FOX Carolina reported.

Fleming later worked out a deal to collect $505,000 but Satterfield’s survivors were never told about the money, the warrants against Murdaugh state, according to FOX Carolina. 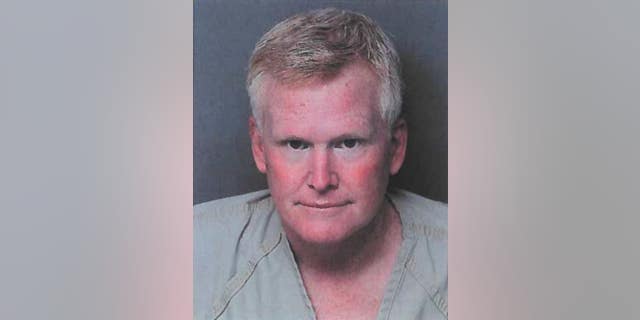 The warrants further allege that Murdaugh opened a bank account with the name “Forge” and instructed Fleming to send money, in the amount of $403,000, to that account instead of to Satterfield’s family, the report said.

The alleged actions by Murdaugh and Fleming denied Satterfield’s survivors of money that was owed to them, the warrants state, according to FOX Carolina.

A lawsuit filed by the late housekeeper’s sons claims Murdaugh took a total of more than $4 million that they believe belongs to them.

Separately, Murdaugh has claimed innocence in the unsolved shooting deaths of his wife and son, and is alleged to have participated in a scheme to have himself fatally shot so that his surviving son could allegedly collect an insurance payment, authorities have said.

Murdaugh appeared in a South Carolina courtroom in September regarding the alleged shooting plot against himself, prior to his admission into the Florida rehab facility.