MEXICAN boxer Moises Fuentas was rushed to hospital after being brutally knocked out in Cancun last night.

The 36-year-old was stopped by David Cuellar in the sixth round of their bout on Saturday night and left unconscious. 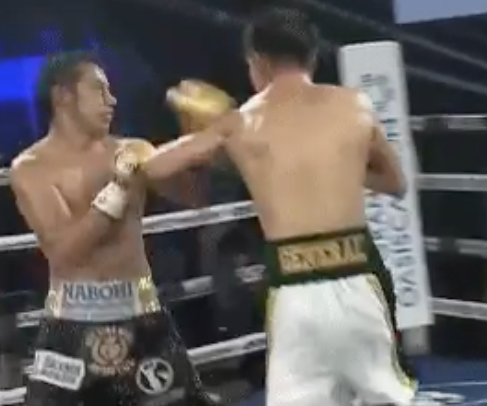 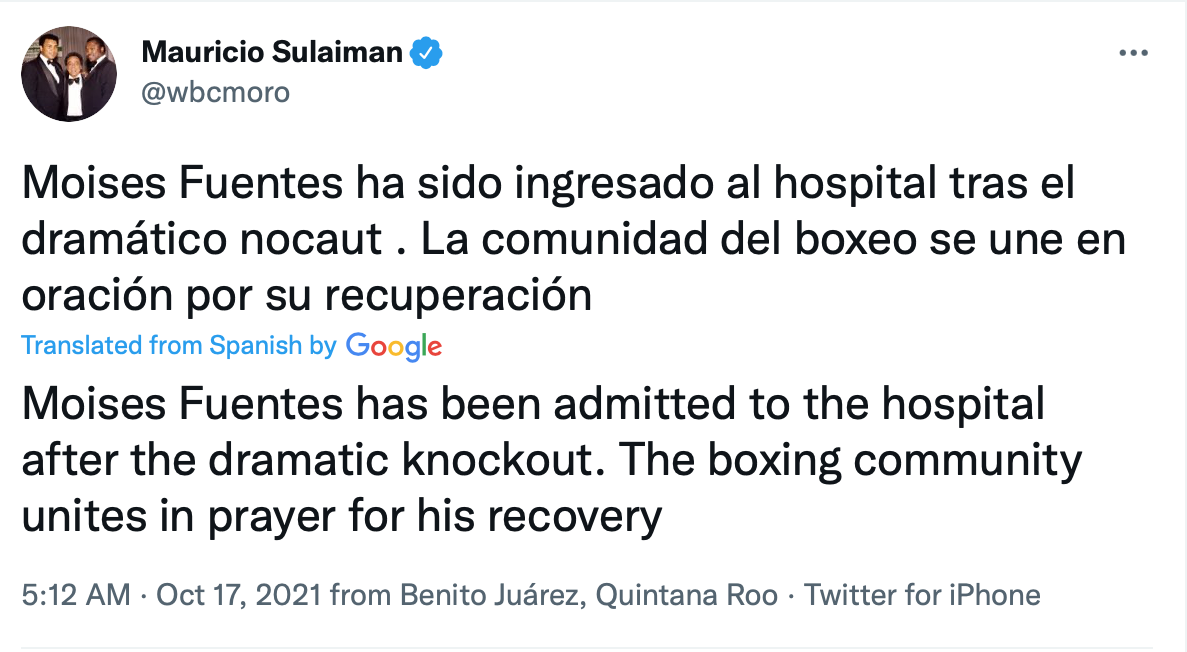 WBC boss Mauricio Sulaiman confirmed the 36-year-old was admitted to hospital after the terrifying KO.

Cuellar, 19, was in complete control of the bout when he landed a plush left hook, sending Fuentes straight to the canvas.

Fuentes was left motionless in the ring and the referee immediately called for medical assistance.

The veteran was carried out on a stretcher and taken to a nearby hospital.

Sulaiman has asked the boxing community to pray for Fuentes' speedy recovery.

He said on Twitter: "Moises Fuentes has been admitted to the hospital after the dramatic knockout.

"The boxing community unites in prayer for his recovery."

Fuentes' latest loss happens to be his third early KO loss in the spin.

And the Mexican has now lost five out of his last six fights in the back end of his career.