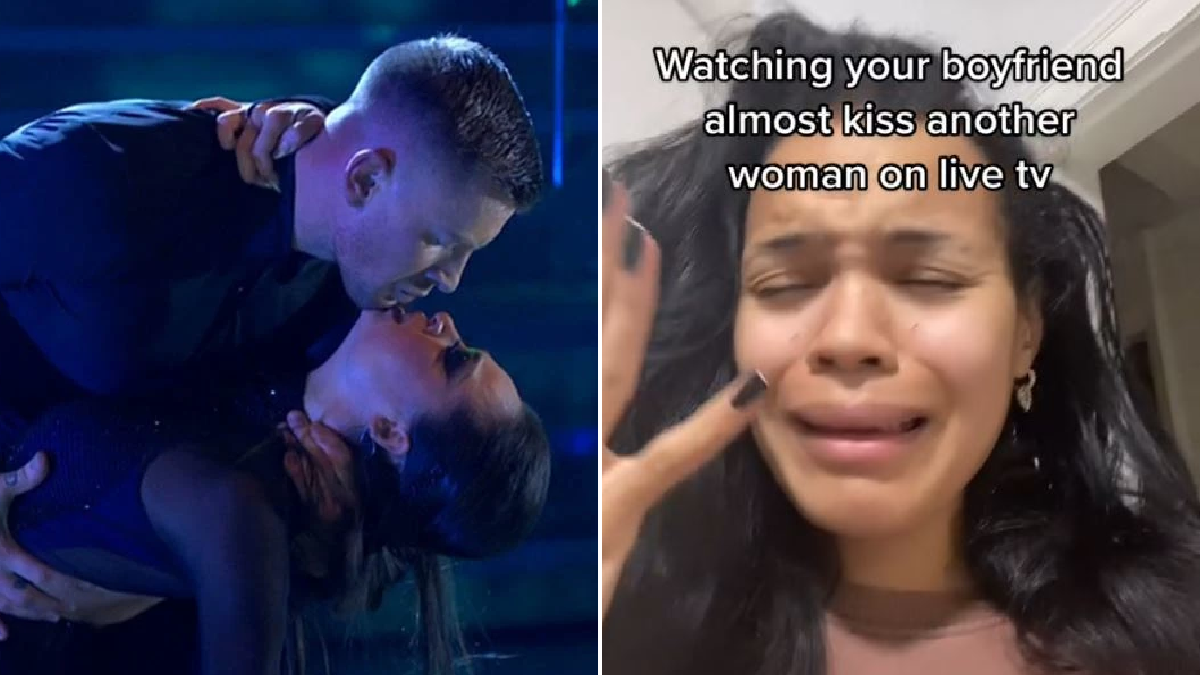 Adam Peaty’s girlfriend has shared her reaction after he ‘almost kissed’ Katya Jones at the end of their routine on Strictly Come Dancing last night.

Eiri Munro, 23, pretended to cry in a video shared on her TikTok account, with a caption that read: ‘Watching your boyfriend almost kiss another woman on live tv.’

She then tipped her head back and fake screamed as the words ‘Finding out 10 million people also watched it live’ popped up on the screen.

Adam and Katya had Strictly viewers double-taking last night as it seemed as they were going in for a kiss at the end of their passionate Argentinian tango to Fleetwood Mac’s Tango in the Night.

The Olympian and his professional dance partner put on quite a show with a complicated routine involving several lifts that wowed the judges and put them joint second on the leader board with 32 points.

At the end of their performance, the duo was chin to chin, with the 26-year-old swimmer holding Katya, 32, in his arms as she knelt on the floor.

As the music finished and Adam brought Katya up for the customary words of relief and a hug, viewers thought they spotted a little extra something.

The judges applauded the number, with Anton Du Beke saying it was ‘one of the most impressive sequences of lifts’ he had ever seen.

He added: ‘When I watch you, I get a little bit on edge because it’s either hit or miss, tonight was a huge hit.’

Adam is currently in a relationship with artist and YouTuber Eiri and the pair share a young son.

The couple first met when he was training at Loughborough University, where she was a student at the time.

In April 2020, Adam announced that the couple was expecting a baby boy, who was born on September 11, 2020. His name is George-Anderson Adetola Peaty.

Strictly Come Dancing returns tonight at 7.10pm on BBC One.