A 21-year-old woman was on bail for a string of driving charges when she allegedly crashed her car and killed a man at Sunshine West this week.

Alisha Jane Fagan sobbed and cried out for her father during emotional scenes at a hearing in Melbourne Magistrates’ Court on Friday afternoon as she applied for bail following her arrest over the death of grandfather Sedat Hassan, 69, on Thursday.

Fagan wailed from the dock during the two-hour-long hearing, saying she couldn’t sleep and could only think about the crash scene.

“I cannot stop thinking about it. Every time I try to sleep I just see him,” she cried out.

Four people were travelling in Fagan’s white Audi sedan when it allegedly failed to give way and collided with Hassan’s gold Honda sedan at the intersection of Links and Glengala roads in Sunshine West, at about 12.45am on Thursday.

The force of the collision catapulted both vehicles into two cars parked on Links Road.

Three of Fagan’s passengers allegedly fled the scene while she remained with the dying man.

The court heard Fagan had denied she was the driver, giving police a false name and address before one of her alleged passengers contacted police and said the 21-year-old had been behind the wheel when the cars collided. 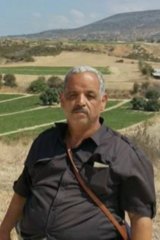 Fagan was also found to be carrying a kitchen knife in her handbag.

Police said at the time of the fatal crash, Fagan was on bail for three driving-related incidents with the condition not to drive a car.

A total of 11 matters are currently before Victorian courts.

Detective Senior Constable Jason Barry-Bassett, from the major collision investigation unit, said Fagan was also a suspended learner driver and returned a roadside breath test of .027 after the fatal crash.

Her licence, he said, was suspended at the time due to previous excessive speeding.

“She has numerous driving charges before the court even though she’s never obtained a valid licence,” he said.

“Police believe she will not hesitate to drive again.” 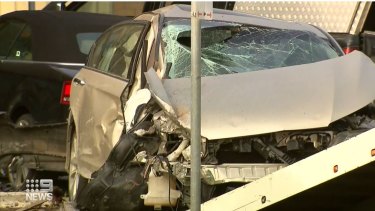 The aftermath of the crash.Credit:Nine News

The officer said Fagan’s recent interactions with police included allegedly being involved in a police pursuit on September 23, 2021, while on a suspended learner’s permit.

She was also pulled over on April 17 this year, allegedly driving while suspended and in contravention of a condition of her bail which restricted her from being behind the wheel of a car.

Then, on April 25, the court heard she was charged following an unlawful assault in Melbourne, including allegedly assaulting an emergency worker and possessing a weapon. 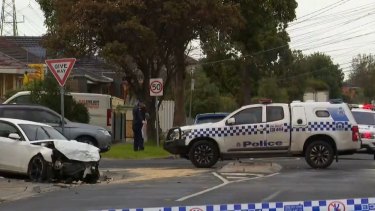 Mr Hassan’s Honda was hit by a white Audi on the corner of Glengala Rd and Links St.Credit:Nine News

The officer said since she was last released on bail in April, Fagan had also received two further speeding tickets for travelling at more than 30 and 35km/h over the speed limit.

“The escalation of her offending has caused the death of an innocent driver.”

The court heard Fagan would be vulnerable in custody as she was a young Indigenous woman who needed the support of her family.

Her father, Richard Fagan, and friends were among half a dozen supporters seated in the body of the court on Friday where the magistrate was told if granted bail, Fagan would be given supported accommodation and casual fieldwork with the Wathaurong Aboriginal Co-op in Ballarat.

The father sat with his head in his hands for much of the hearing before rushing over to his daughter in the dock.

Magistrate John Hardy ultimately remanded Fagan in custody until Tuesday, when a decision on her bail will be made.

“I’ve got a very, very concerning bundle of matters [she’s] picked up over last 15 months,” he said.

“This all smacks of a young person who is completely out of control.

“I am really left in a situation where I have huge concerns about what’s going on with her.”

At the end of the hearing, Fagan asked the magistrate if Hassan’s family would be at Tuesday’s hearing.

The young woman told her family she loved them as she was escorted out of the dock and into custody, pending her return before court next week.