Ashley Judd is opening up about her grief in the wake of mom Naomi Judd’s death by suicide.

“It was abrupt and painful and my world is upside-down,” the actress and humanitarian, 54, told grief expert David Kessler on his Healing podcast that premiered Tuesday.

When Ashley announced The Judds singer’s April 30 death, she attributed it to the “disease of mental illness” — and spoke about how her mother, who was 76, had long struggled.

“I look back on my childhood and I realize I grew up with a mom who had an undiagnosed and untreated mental illness,” the Double Jeopardy star said. “There are different behavioral expressions, interactions, flights of fancy, choices that she made that I understand were an expression of the disease, and I understand that and know that she was in pain and can today understand that she was absolutely doing the best she could, and if she could have done it differently, she would have.”

Ashley said her “most ardent wish” for the iconic singer “is that when when she transitioned, she was hopefully able to let go of any guilt or shame that she carried for any shortcoming she may have had in her parenting of my sister [The Judds’ Wynonna] and me because certainly on my end all was forgiven — all was forgiven long ago.”

As a daughter, Ashley said she had to work “to understand that her [mother’s] mental illness was a disease. I didn’t cause it, I couldn’t control it and I couldn’t cure it.” 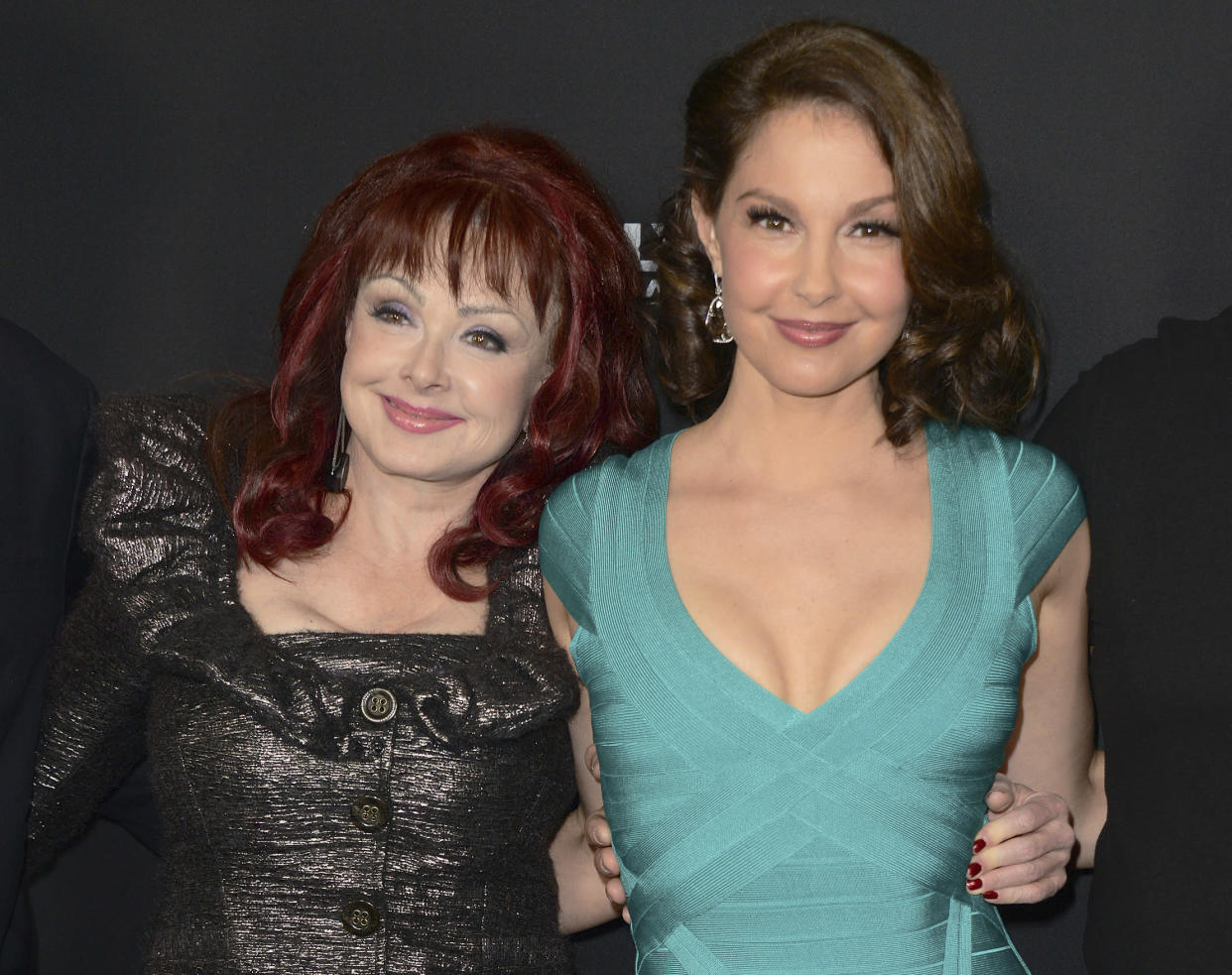 That meant allowing her mother to make her own decisions when it came to her mental health treatment — even when she didn’t personally agree with all of them.

“There were times when she got excellent and expert professional help and choose not to pursue that in the ways that I thought were better for her,” Ashley admitted. “I had to respect her autonomy and give her the dignity of making those decisions for herself — even when I thought her thinking was distorted.”

With so much out of her control, she admitted she struggled worrying about her mom often.

She said all that is all part of her own recovery and grieving process. And each family member — including Wynonna and Naomi’s husband Larry Strickland — had their own experience as an observer of Naomi’s struggles and their own process of healing from her death. 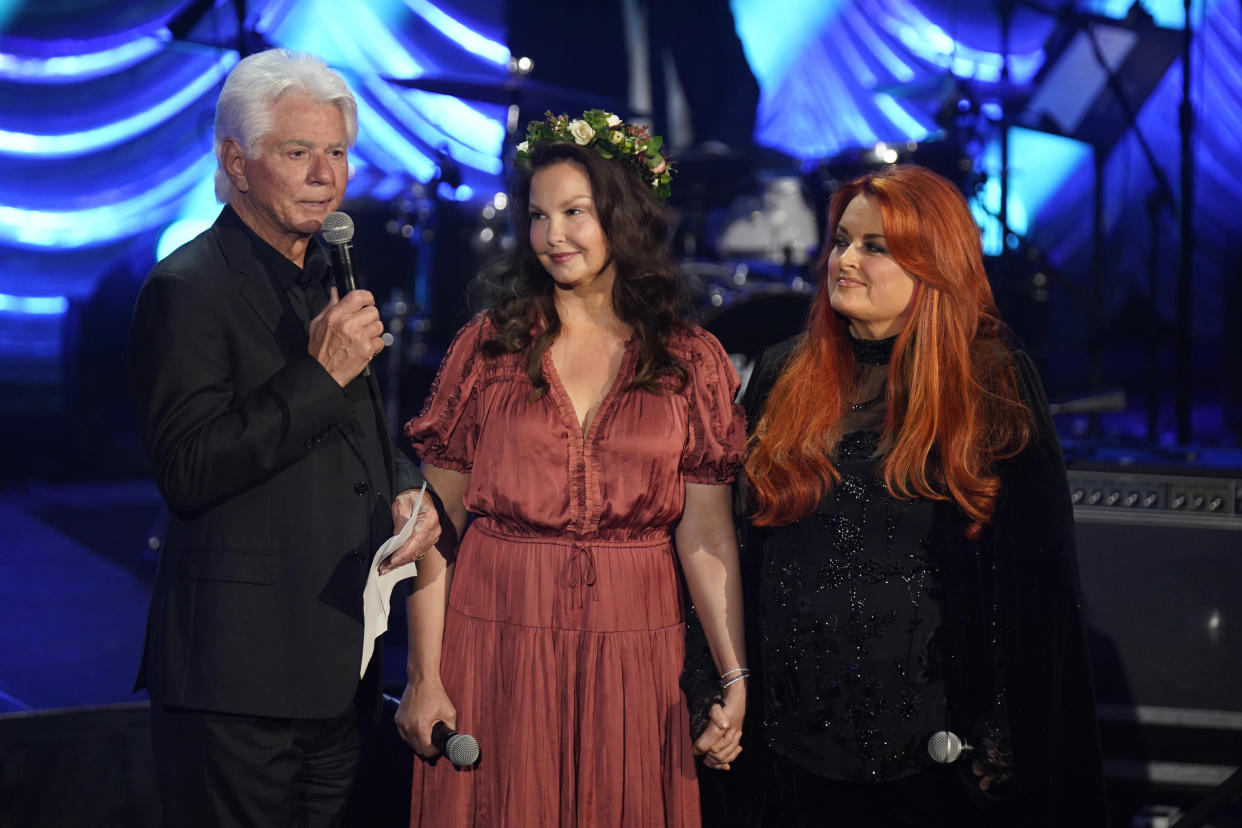 “One of the things that I think we have done well as a family — meaning my pop, my sister Wynonna and me — is we have really given each other the dignity and the allowance to grieve in our individual and respective ways,” Judd said. “And yet we’ve been able to completely stick together. So we can be at the same supper table and recognize, ‘Oh, this one’s in anger, this one’s in denial, this one’s in bargaining, this one’s in acceptance, I’m in shock right now.'” She said they “don’t try to control or redirect or dictate how the other one should be feeling.”

The close-knit family lived in homes near each other and they continue to visit — and lean on each other.

“I have had some of the most sacred and holy experiences with my pop [who] comes over every morning,” she said. “I wake up and I do my readings and my writing and my meditation practice and connect with my partner. Then pop comes over and I make his coffee and his breakfast and we sit and we grieve together… Those times are so holy and we may be in slightly different places and yet we’re in community.”

She talked about how the day before, Wynonna — gearing up for The Judds: The Final Tour amid the sudden loss of Naomi — visited and they spent the day together. She said talked about Naomi — and then her big sister gave her a foot rub.

“She’s in a pretty different place than I am right now,” Ashley said of her sister, “and we don’t have to be congruent in order to have compassion for each other. I had to let go of this controlling notion that yours needs to look like mine. I mean, that’s really egocentric.” 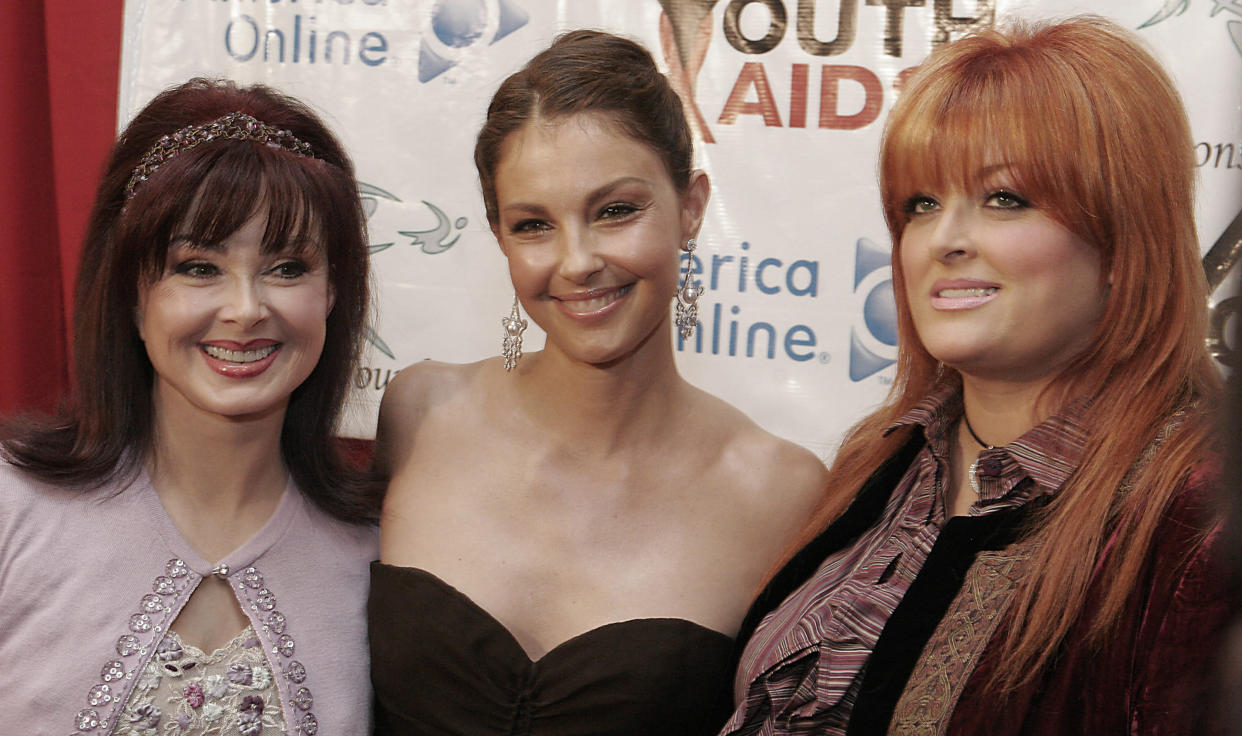 Ashley said she’s still processing the trauma of being the one found her mother that horrible day.

“My mother did die by suicide with a gunshot wound — and I’m the one who found her and was with her and walked her home,” she said. “And so this is exceedingly difficult for me… It’s going to be with me for a long time.”

She talked about recently being at a theme park with her partner in Germany when her trauma was activated and it “transport[ed] me back into that bedroom.”

“There was a Wild West show. And there was a stunt show,” she explained. “They had lots of gunfire and I couldn’t get out of the audience because they had closed it due to the pyrotechnics … and I became so disregulated. My breathing was rapid and shallow. I got as far away from the stage and the sounds of it as I could.”

She said what helped was retreating to the back of the show area and putting in earbuds to listen to soothing music.

Ashley credited her partner — who she didn’t name but is reportedly Martin Surbeck, a Harvard professor and head of Kokolopori Bonobo Research Project camp where Ashley was visiting in 2021 when she was injured — for his support.

“I just looked at my partner and saw the look on my face, like: ‘We need to get you out of here,'” she recalled. “It’s so helpful to have a congruent compassionate person by your side.” She called him “a very safe partner to whom I can turn and say, ‘This is hard for me right now,’ and he understands and gives me the nurturing that I need.”