A WOMAN was filmed pushing a bear off her garden's wall to stop it mauling her dogs.

The incredible footage was published on TikTok and went viral online, with people sharing their reactions and concerns. 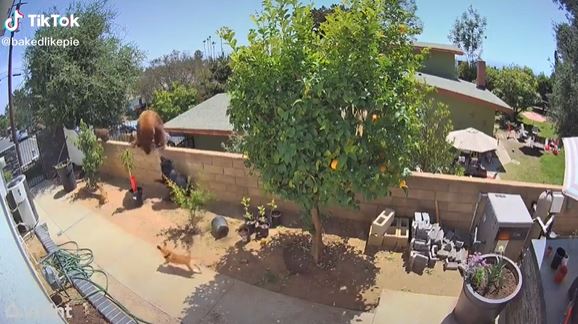 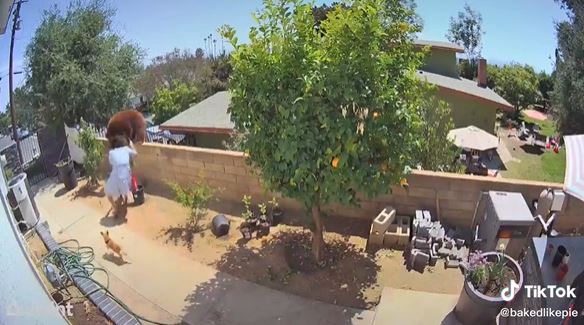 In the clip, a bear can be seen moving along a wall while the woman's dogs run in the garden.

A small bear cub is also on the wall, but runs away when the dogs start barking.

At one point, the adult bear appears to try and grab one of the dogs before the lady rushes outside her home to save her pooches.

The Utah woman, only identified as Hailey, bravely runs towards the bear and, without any hesitation, pushes it off the wall.

She then looks around the garden to make sure all her dogs are fine, before grabbing the smallest pooch and rushing back indoors.

As the lady and her pets enter the house, the brown bear can be seen trying to climb the wall again, next to a tree at the back of the garden.

On TikTok, it was confirmed that all the dogs and the bear with its cub are doing well after the incident.

The video attracted thousands of comments, with some people praising the woman and others pointing out that the bear was probably trying to defend its cub.

A person commented: "She did not just fight a whole bear bro."

Another said: "She's a true hero. Automatically love her for her bravery, she saw her kids in danger and ran no hesitation." 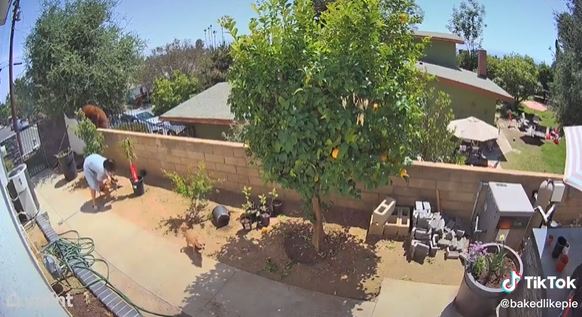 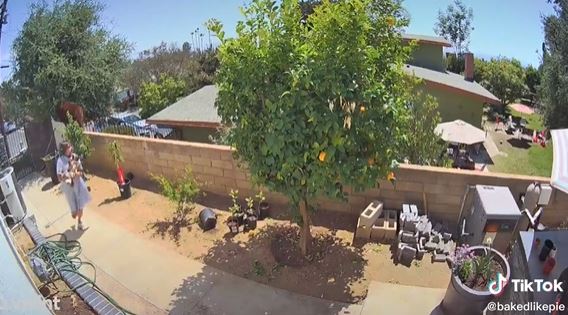 Some people also expressed their concern for Hailey, with one saying: "That could've ended horribly and I'm glad that it didn't."

The American Black Bear is native to Utah and usually lives in forested regions throughout the State.

Biologists estimate there are roughly 4,000 black bears in the State, according to Zion National Park.

Despite their name, they can be black, brown or beige in colour.

Usually, black bears are not aggressive, but rare attacks on humans can happen when the animals are foraging for food.

In 2007, an 11-year-old boy was snatched from his family's tent and killed in a rare bear attack in Utah's Wasatch Mountains.

The bear was then killed near the scene of the incident, according to NBC News.

In 2019, a bear was captured and killed after it scratched a boy camping near Hobble Creek Canyon in northern Utah, reports the Great Falls Tribune.

Earlier this year, a woman who was walking her two dogs in Colorado was killed in an apparent bear attack, BBC News reports.

The 39-year-old was found dead in an area north of Durango.