Towering inferno tragedy in India: At least one dead as fire breaks out on 19th floor of luxury high rise block in Mumbai

At least one person has been killed after a luxury apartment building went up in flames today in India.

30-year-old Arun Tiwari was left desperately clinging onto a balcony on the 60-floor building as he tried to escape from the rapidly expanding flames. 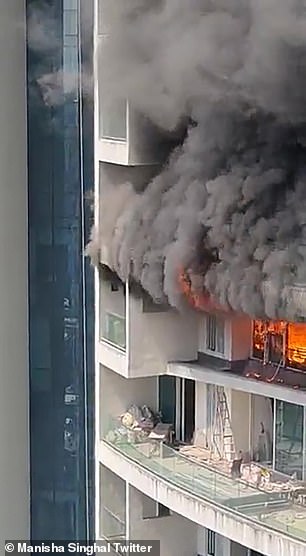 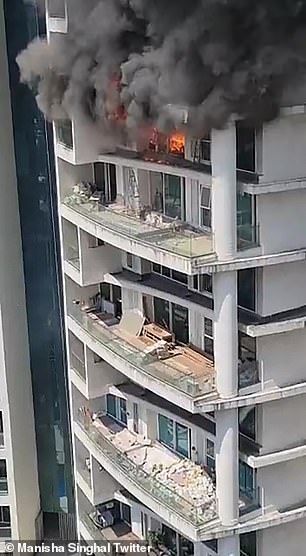 At least one person has been killed after a luxury apartment building went up in flames today in Mumbai, India

However, before help could arrive, he fell from the 19th floor balcony as his apartment became engulfed by the inferno.

He was taken to hospital at around 12:30 pm local time after the fall and was pronounced dead on arrival.

Video footage recorded from a neighbouring building showed the charred apartment with smoke and fire rising into the apartment above.

As many as 14 fire engines were spotted at the base of the building attempting to bring the fire under control. 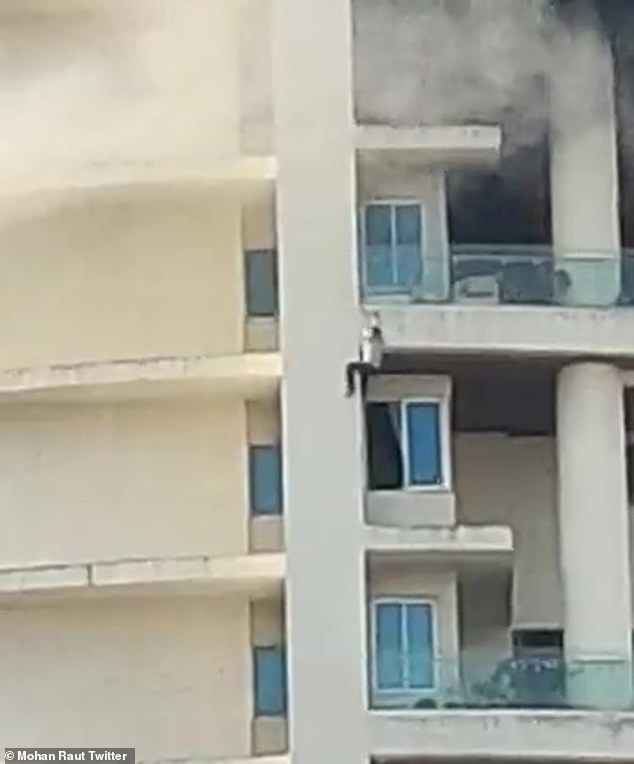 Mumbai Mayor, Kishori Pednekar said: ‘The fire and rescue team reached the spot as soon as they received the news about the incident.

‘So many people have been rescued and the efforts are still ongoing.’

The fire has been reported to have been brought under control and doused.