A customer at a Subway store in Atlanta shot dead one female worker and injured another following a dispute over the amount of mayonnaise put on his sandwich.

The shooting took place at a Circle K gas station on Northside Drive at around 6:30 p.m. on Sunday. The two victims, both women, were found after police arrived on the scene.

One of them was immediately rushed to hospital for surgery. Her condition remains unknown. The suspect is believed to be on the lamb, as of Monday morning.

No identities of either the suspect or the victim have been released.

The Atlanta Police Department Public Affairs Unit has yet to issue a statement, but responded to a DailyMail.com inquiry with a generic email saying ‘a summary of the incident will be posted on our website momentarily.’ 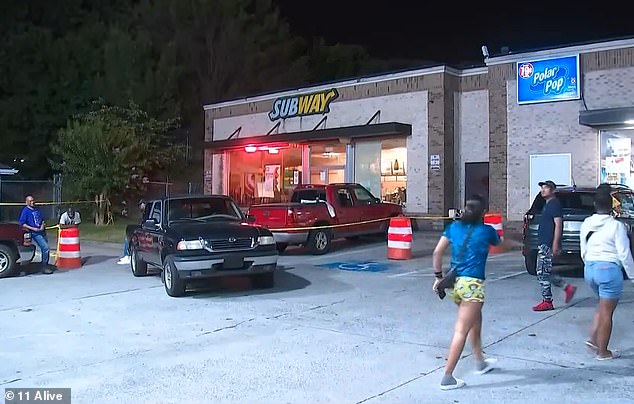 The suspect fatally shot one female worker and injured another at a Subway store in Atlanta on Northside Drive (pictured) at around 6:30 p.m. on Sunday

Subway store owner Willie Glenn hinted at the suspect being a man, sharing with local outlets: ‘It just breaks my heart to know that someone has the audacity to point a weapon, and shoot someone for as little as too much mayonnaise on a sandwich.’

‘He decided to escalate the situation and from there, that’s when all hell broke loose,’ Glen said.

The store owner said the son of the employee who had been gunned down was inside the store at the time of the shooting.

‘One of the young ladies who was killed today, her son was in the store. She had a young son that had to witness all of this,’ he told Fox 5 Atlanta.

The two female store employees had been on the job for barely a month, he added, describing them as ‘model employees.’

The store manager who was on the clock at the time of the shooting reportedly fired back at the suspect but missed him, according to Glenn.

‘It is really unfortunate, I mean there is just a whole lot of shooting and killing going on and this was just ridiculous,’ Glenn said. ‘My heart goes out to my employees.’

‘I don’t know what the world is coming to especially with our youth…They seem to be so hot-headed,’ he added. 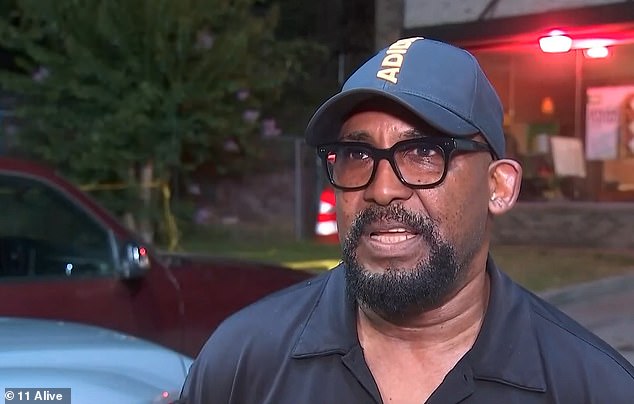 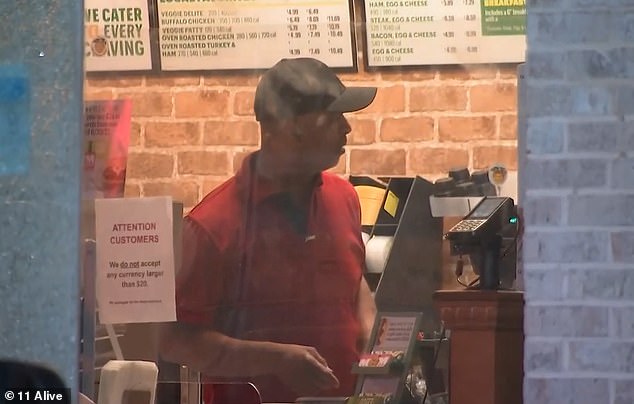 The victims were described as ‘model employees’ and had been on the job for barely a month. Pictured: inside the subway store where the shooting took place

Surveillance footage of the shooting has yet to be publicly shared. An investigation tied to the incident remains ongoing.

Al Robinson, who co-owns the Subway store, was in shock upon learning about what unfolded.

‘You pull out a gun and shoot somebody, over a sandwich, my heart just breaks right now,’ he told WSBTV.

Interim Chief of Police Darin Schierbaum later told the news outlet that arguments are the leading cause of homicides in 2022.

‘An argument leads to someone picking up a weapon and firing that gun, leaving someone dead or someone critically injured,’ he said.

He added that people need to learn how to debate and tackle disagreements better.

‘We need individuals to talk out their disputes, walk away and do not pick up guns,’ Schierbaum said.

Glenn said the shooter had previously been served at the store and never had any issues with employees until now.

‘Because of what happened tonight, my partners and I are re-evaluating whether or not we’re going to continue to do this, in this neighborhood anyways,’ adding that it’s not a risk worth taking.