We have made our live coverage of the coronavirus pandemic free for all readers. Please consider supporting our journalism with a subscription.

Bars and restaurant owners have been left puzzled and angry after the Victorian government issued a last-minute clarification that all hospitality staff must be fully vaccinated before venues can reopen from Friday.

Premier Daniel Andrews yesterday confirmed that cooks, waiters and all other staff in places where one sits down for a meal would need to have two doses of a COVID-19 vaccine under the road map announced on Sunday, after contradictory information was provided by the Department of Justice and Community Safety. 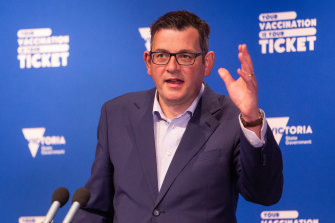 Industry bodies told this masthead they had been advised, incorrectly, earlier in the day that staff would only need to have had one dose by Friday and their second shot booked in before November 26, in line with the government’s vaccine mandate for authorised workers.

“I don’t think that anyone would find fault with the logic that says if I must be double-dosed to sit down and order a beer or a glass of wine, then the person who’s serving me needs to be double-dosed also.”

Greater Melbourne’s lockdown is due to end at 11.59pm tomorrow night.

Former NSW treasurer Gladys Berejiklian wanted a multimillion-dollar grant request for her boyfriend’s Wagga Wagga electorate accelerated and planned to back the proposal before it was presented to the government’s expenditure committee, a corruption inquiry has heard.

A 2016 email tendered to the Independent Commission Against Corruption has suggested Ms Berejiklian indicated she would support funding the Australian Clay Target Association and wanted the grant process to be “brought forward”. 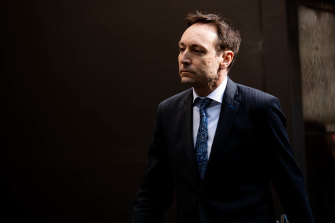 In the December 6 email, NSW Treasury director Yogi Savania wrote to a fellow department colleague, “Could you try and get her hands on this from [Office of Sport]?”

“The treasurer has requested this be brought forward and has indicated an inclination to support the proposal.”

‘Someone has to know’: Mum of missing Cleo Smith pleads for information on her little girl

There have been three sleepless nights for the family of missing four-year-old Cleo Smith, as her mother Ellie opened up about the nightmare of not knowing where her little girl had gone.

But the WA local, who remains at the remote campground where Cleo was last seen, was also resolute her daughter would be able to overcome the circumstances of her disappearance. 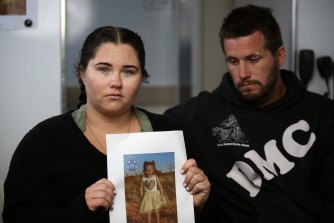 “I know she’s strong. Cleo was born eight weeks early, she was premature and she’s been strong since the day she was born,” Ms Smith said.

“I know she can get through whatever she is going through.”

This morning’s headlines at a glance

It’s Wednesday, October 20. I’m Broede Carmody and I’ll be anchoring our live coverage for the first half of the day.

Here’s everything you need to know before we get started.