Not as I like it! War Horse author Michael Morpurgo says Shakespeare plays ‘need a bit of editing’

War Horse author Sir Michael Morpurgo has admitted that some of his early books may have been less than impressive – before he also put the boot into Shakespeare.

The 78-year-old gave himself the brutal review yesterday when a child at the Hay Festival of Literature & Arts asked him if he thought any of his books were ‘drivel’.

Laughing, Sir Michael – a former Children’s Laureate who has written more than 130 books – said the description ‘wouldn’t be very kind’, before adding: ‘You have to write those books in order to become the writer that can handle the story and handle the words. 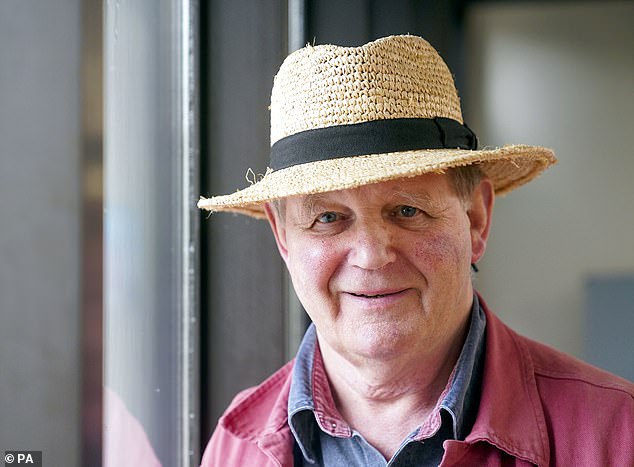 Even the great writers didn’t all write greatly. I know people won’t like this, but one or two Shakespeare plays need a bit of editing.’

The writer was accused last year of ditching The Merchant Of Venice from his retelling of Shakespeare plays for children because of antisemitic issues.

He insisted he was not censoring the play, but felt it would ‘not resonate with eight-year-olds’. His own children – Sebastian, Horatio and Rosalind – are all named after Shakespearean characters.

Meanwhile, Sir Michael claimed that children’s love of reading and writing ‘can be crushed… by an education system that relies simply on examination results’, explaining: ‘I had teachers who put you in a corner if you couldn’t spell.

‘Words became weapons by which they judged the children to see if they were bright or not, and I definitely wasn’t bright.

‘So I went off to play rugby and football and the whole world of stories was cut off to me until I was a classroom teacher at the age of 24. I discovered the power of stories again by reading them to children.’ Last week Sir Michael marked the Jubilee by reading from his latest book, about the Queen’s life, during a live-streamed event at Portsmouth Central Library.

There Once Is A Queen opens with Elizabeth planting an oak with her father and follows her to the present day. Five thousand copies of the book are being donated to libraries around Britain by HarperCollins Children’s Books and national charity The Reading Agency.

Sir Michael said: ‘Libraries, and particularly the librarians who work in them, are vital for us all, but especially for those who need them most.’

IS THIS THE END FOR TOMBOYS?

Children’s author Dame Jacqueline Wilson says it is no longer acceptable to call girls tomboys in books for youngsters.

The 76-year-old said she had avoided the term in describing the ‘sporty and competitive’ character of Mia in her new version of Enid Blyton’s The Magic Faraway Tree.

Speaking at the Hay Festival, Dame Jacqueline – known for her Tracy Beaker series – said: ‘If you tried to put Mia in a princess dress, she would be so furious – she’s not that sort of person at all. But I don’t think it’s actually the right sort of word, to call her a tomboy.

‘I don’t think we use those sorts of words nowadays in the world of modern children’s books.’