Children’s charity attacked by coroner for ‘lack of transparency’ over vulnerable boy, five, who died trapped in faulty cot

A children’s charity supported by a string of celebrities has been fiercely criticised by a coroner over the death of a vulnerable boy in its care.

Five-year-old Connor Wellsted died alone at The Children’s Trust centre in Tadworth, Surrey, after getting trapped in a faulty cot.

An inquest found that his airway had been obstructed when his neck became stuck between the side of the cot and a padded board that had not been fastened tightly.

The Trust, which counts David Walliams, Holly Valance and former Top Gear presenter Richard Hammond among its high-profile ‘ambassadors’, has now been accused of a lack of transparency and failing to properly investigate the tragedy in May 2017.

Surrey Deputy Coroner Karen Henderson has sent a ‘prevention of future deaths’ report to Health Secretary Sajid Javid and the bosses of England’s main health authorities. In it, she wrote: ‘The current senior management team have not acknowledged there was a lack of transparency and openness as to how Connor died, or that the Trust did not properly investigate his death or inform the relevant statutory bodies of the circumstances of his death.’ 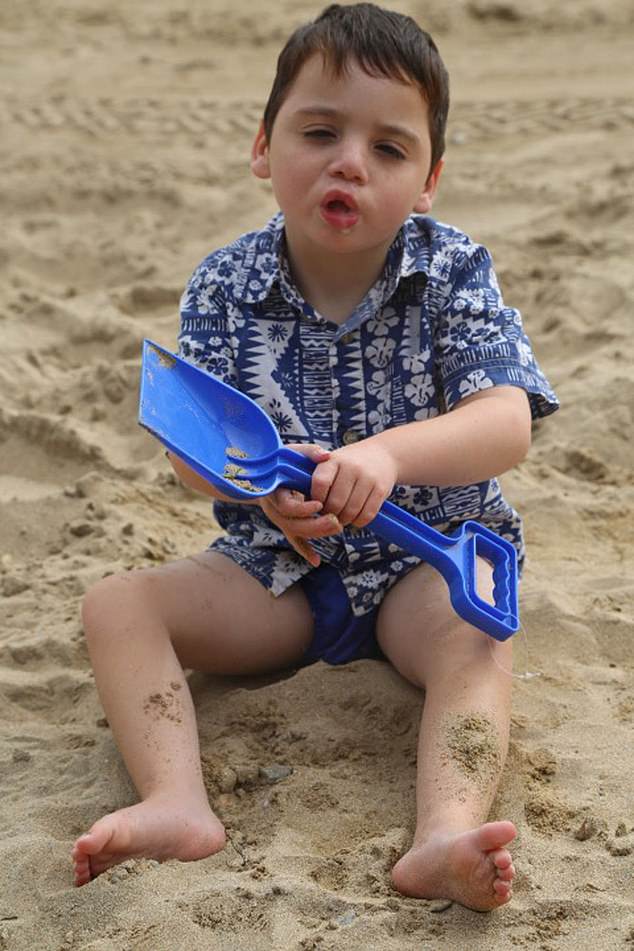 The Children’s Trust, supported by a string of celebrities, has been fiercely criticised by a coroner over the death of vulnerable five-year-old Connor Wellsted (pictured) who died after getting trapped in a cot

Dr Henderson said the cot in which Connor died was nine years old, ‘had not had a yearly servicing for the previous five years’ and there was ‘no guidance’ about how padded boards should have been attached to the cot.

She added that Connor’s neck was wedged so firmly that ‘force by either one or two nurses’ was required to free him.

Dr Henderson concluded the police, coroner’s service, the pathologist who conducted the autopsy and the care home regulator, the Care Quality Commission, were not ‘fully informed of the circumstances of his death’ and that the charity ‘arguably misled the CQC’ about it.

Although staff found Connor trapped in a sitting position, staff lay down his already stiff body. Dr Henderson complained that the scene ‘had not been preserved’ and investigators ‘were not told of the position Connor was found, that he had been dead for some time (likely hours) or that the padded board was initially found across his neck’.

Connor had suffered brain damage as a baby and was four weeks into a six-week stay for intensive rehabilitation therapy at the Trust when he died. He had lived with his foster parents, Barbara Harriott and Dr Shazia Noor, since he was six months old. 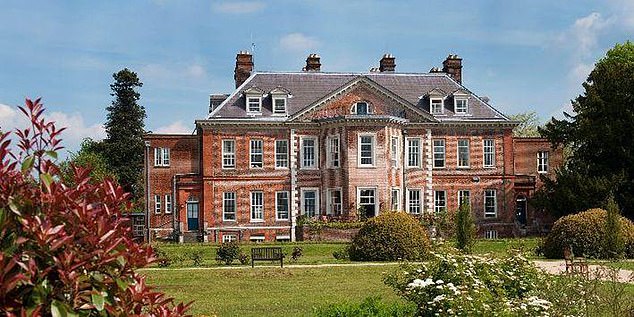 Five-year-old Connor Wellsted died alone at The Children’s Trust centre in Tadworth, Surrey (pictured), after getting trapped in a faulty cot. An inquest found that his airway had been obstructed when his neck became stuck between the side of the cot and a padded board that had not been fastened tightly

Condemning The Children’s Trust for what the couple view as an attempted cover-up, Dr Noor, a Sheffield-based GP, said: ‘Connor was a boy with a future, a future he has been robbed of. Although he had a brain injury, he’d made massive progress in the years he was with us. But he was taken from us in such a dreadful way.

‘From the start, The Children’s Trust tried to make out he’d died naturally. They moved his body because they wanted to present a situation where it seemed like he’d just died in his sleep.’

Ms Harriott added: ‘We were meticulous with his care, which is more than can be said for Tadworth. This wasn’t just an unfortunate accident, it was a tragedy waiting to happen.’

When Ms Harriott was called in to Connor’s room minutes after he was found, she said she saw him lying ‘in an unnatural position’ and ‘as stiff as board’.

The Children’s Trust, which is partly funded by the NHS, denies any attempt at a cover-up, insists that it had ‘willingly complied with all external investigations’ and says staff moved Connor’s body only to see if he was still alive.

Its chief executive Dalton Leong said: ‘While we are saddened by the coroner’s findings, we accept them and sincerely apologise. We strive for the highest possible standards and are committed to listening and responding to all feedback, even when it is difficult to hear.’

He said the charity was reviewing the report, adding: ‘We are confident in the measures we have put in place over the five years since Connor’s death, including new beds and cots and changes to our overnight monitoring policy.’