A senior barrister who sued the Crown Prosecution Service for harassment after a colleague asked him to stop breaking wind in the small office they shared has had the claim thrown out.

Tarique Mohammed said he was left feeling ’embarrassed’ after he was asked by a colleague to stop breaking wind in the office he shared with him, an employment tribunal heard.

Mr Mohammed said he was unable to help his flatulence because it was caused by medication he was taking for a heart condition.

The flatulence allegation was part of a series of disability-related claims brought by Mr Mohammed against his employers after he suffered a heart attack.

He also accused co-workers and bosses of discriminating against him by deliberately throwing his water bottles away when he left them on a shared desk, asking him to work one day a week 60 miles away and failing to pay for his barrister’s practising certificate while he was on sick leave. 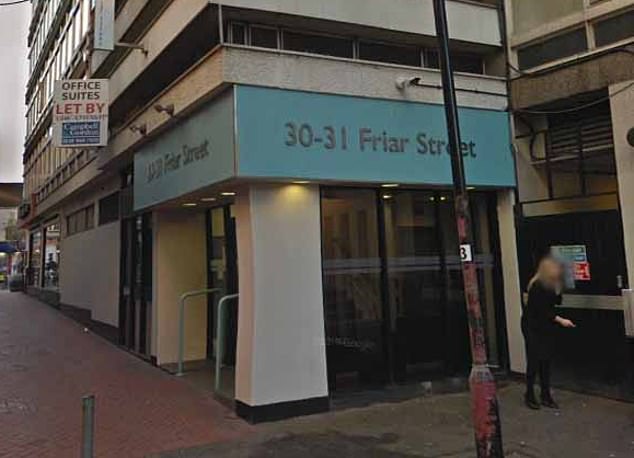 Tarique Mohammed said he was  unable to help his flatulence because it was caused by medication he was taking for a heart condition, an employment tribunal in Reading heard. Pictured: Reading Tribunal Hearing Centre

The tribunal – chaired by Employment Judge Emma Hawksworth – threw out Mr Mohammed’s claims of disability related harassment and victimisation and found it was a reasonable request of his colleague to make – given the size of the office that they shared and the repetitive nature of the flatulence.

But it found the CPS was guilty of disability discrimination and failing to make reasonable adjustments by not allowing the barrister to work from home two days a week, leave work at 4pm to help him manage his condition and by removing him from court duties.

The hearing in Reading, Berks, was told Mr Mohammed began work in the Thames Valley area as a senior prosecutor in 2004.

In 2014, he suffered a heart attack which left him having to take daily medication, the side effects of which meant he had to remain at home for several hours after taking it.

The panel was told Mr Mohamed returned to work the following year but after collapsing at home with angina he moved to an office – rather than court-based role in Guildford, Surrey.

The tribunal heard that soon afterwards – in July 2015 – he made a complaint after senior prosecutor Nick Wilson threw away up to five of Mr Mohammed’s used water bottles which he had left on a shared desk.

The prosecutor said he thought they were rubbish but Mr Mohammed claimed he needed to drink a lot because of his illness, accusing colleagues of ‘ganging up’ on him.

The following year the panel heard he started sharing a small office with another prosecutor, Paul McGorry.

‘After two or three days of (Mr Mohammed) working in the room, Mr McGorry noticed that (he) had flatulence,’ the tribunal was told.

‘Mr McGorry was aware the claimant had had a heart attack but he was not aware of what medication the claimant was taking or that flatulence was a side effect of the medication.

‘There were repeated incidents of flatulence in the quiet room. On one occasion Mr McGorry asked (Mr Mohammed), ”Do you have to do that Tarique?”

‘The conversation ended there. Neither Mr McGorry or (Mr Mohammed) mentioned the matter again.

‘(Mr Mohammed) found the short discussion embarrassing but was not obviously upset and did not make any complaint about the incident.’

The tribunal heard that in the autumn of 2015 Mr Mohammed was cleared to go back to working at court.

At the same time he asked bosses for permission to work from home two days a week and to finish at 4pm on court days, a request that was denied by boss Anne Phillips. 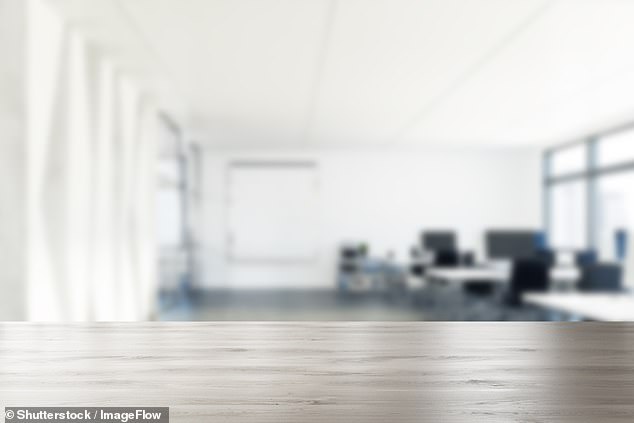 The tribunal threw out Mr Mohammed’s claims of disability-related harassment and victimisation and found it was a reasonable request of his colleague to make. But it found the CPS was guilty of disability discrimination and failing to make reasonable adjustments. (Stock image)

In February 2016, he was moved to another team that meant he did not have to attend court. However, he was asked to work one day a week in Brighton, East Sussex – more than one hour’s drive from Guildford.

In March 2016 – following her decision to refuse his request – he launched a grievance against Ms Phillips and other colleagues. The tribunal heard that the following month he went on sick leave.

The grievance was finally completed in January 2018 and concluded the CPS should have made the allowances Mr Mohammed had asked for.

He returned to work in September 2018 but had his employment terminated in April 2020.

The tribunal threw out Mr Mohammed’s claims of disability related harassment and victimisation.

But it found the CPS was guilty of disability discrimination and failing to make reasonable adjustments for refusing his requests, ignoring recommendations from Occupational Health advisors and removing him from court duties.

The tribunal encouraged Mr Mohammed and the CPS to try to agree on compensation without the need for a further hearing.

‘Many of the incidents about which (he) complains were unrelated to his disability…or were caused or aggravated by (him) overreacting,’ the panel said.

Of the flatulence incident, the tribunal observed: ‘Mr McGorry’s questions to (Mr Mohammed) were not asked with the purpose of violating (his) dignity or creating such an environment.

‘It was not an unreasonable question to ask, when there had been repeated incidents of flatulence in a small office.

‘There was no indication in the way the questions were asked to suggest Mr McGorry was aware that (Mr Mohammed’s) flatulence was related to disability.’