PREGNANT mothers in labor at a Colorado hospital were evacuated on Thursday as wildfires consumed hundreds of homes and businesses.

The wildfires in Boulder County have left at least six people hurt and an estimated 580 homes damaged, according to local media. 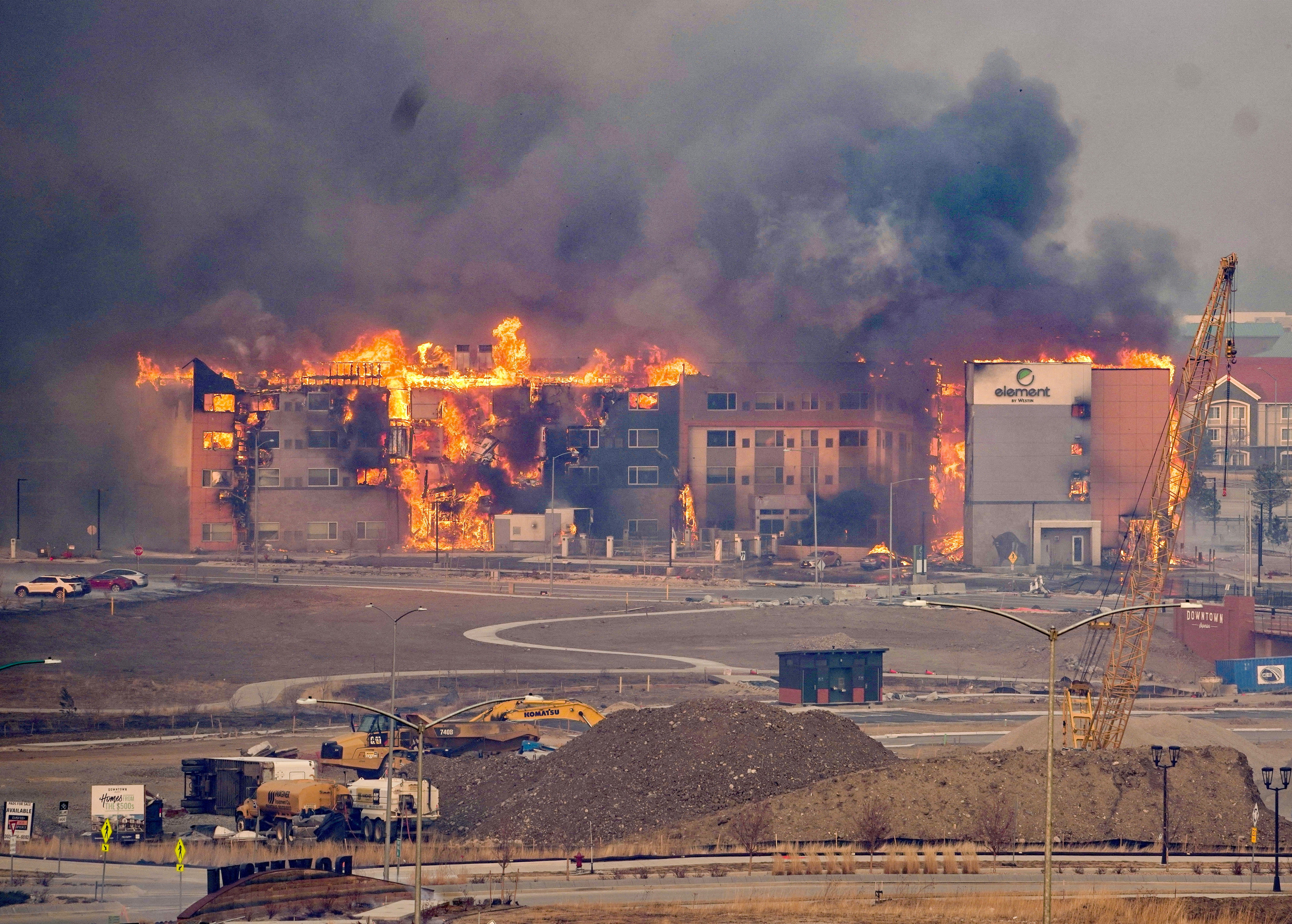 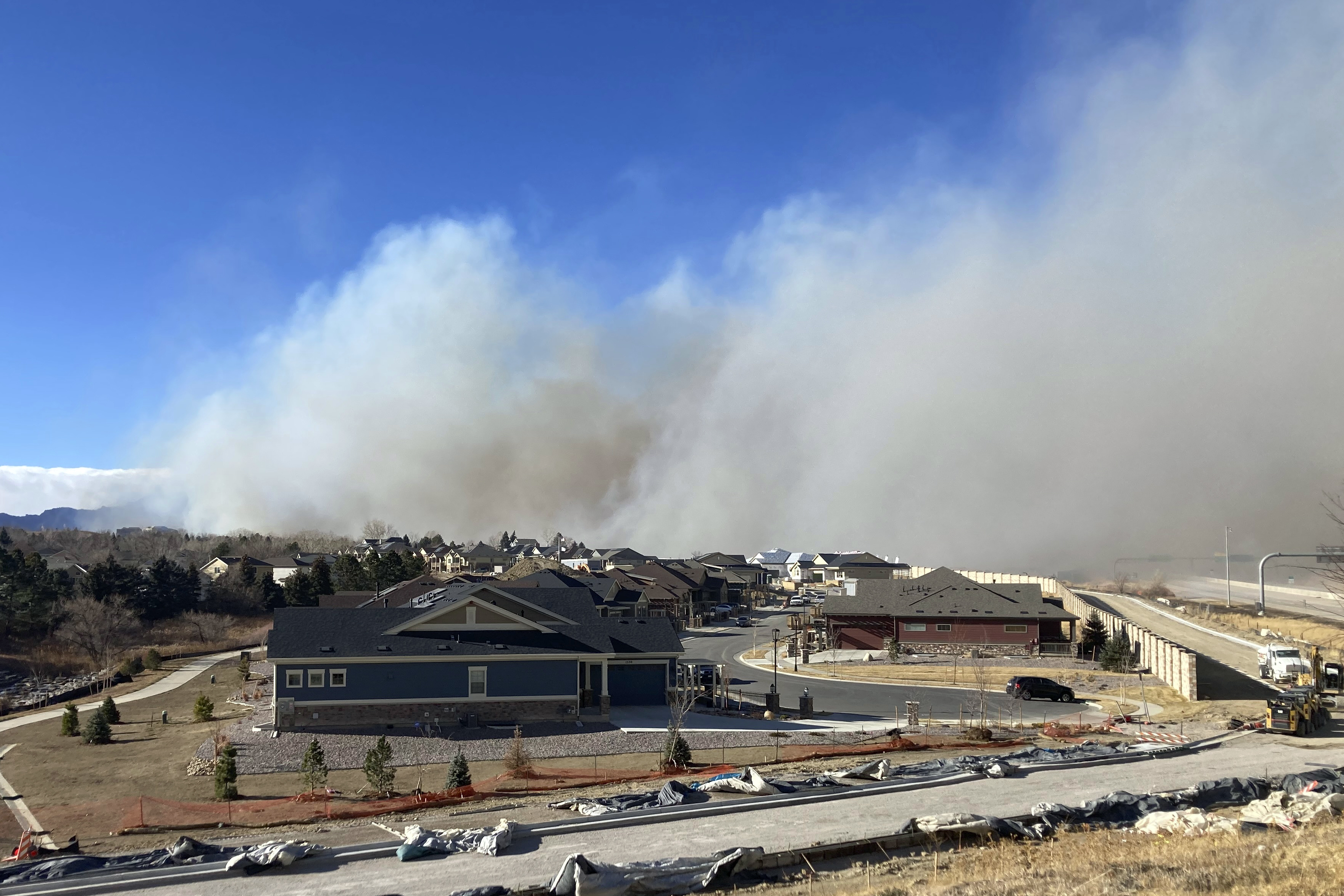 A reporter from local affiliate 9News reported seeing flames reaching a hundred feet into the air while several explosions were heard.

In addition to the estimated 580 homes, a hotel and shopping center were also said to have burned.

No deaths have been reported, but given the speed and scope of fire, "it wouldn't surprise us if we did find a casualty," the sheriff said.

Up to 32,000 people living in the towns of Superior and Louisville were evacuated as the blaze, dubbed the Marshall Fire, spread to 1,600 acres.

Colorado Governor Jared Polis said a fire that large near a population center was "absolutely devastating."

Ray Quinn unrecognisable after quitting fame to be a carpet fitter

Santander accidentally pays out £130MILLION to thousands on Xmas Day

Another video showed a frantic scene inside a Chuck E. Cheese, with families making a quick exit as flames could be seen from the window.

The flames came dangerously close to Avista Adventist Hospital in Louisville, where management was forced to evacuate the entire hospital, including intensive care, neonatal intensive care, and emergency department patients.

Good Samaritan hospital in Lafayette was evacuating its most critical patients as the fire raged into the night, CBS Denver reported.

The hospital was said to be just a few blocks from the mandatory evacuation zone.

An assisted living center in Louisville was also evacuated with the executive director telling a reporter, "Everyone is safe" but the fire was "all around."

Firefighters had to pull out of areas close to the fire because of the weather, the sheriff said.

Read our Superior, Colorado fire blog for the very latest news and updates…

Aircraft has been unable to launch to help with the fire fight because of dangerous wind gusts that reached up to 110mph, The Colorado Sun reported.

The region has seen a historically dry season, which has allowed the fire to quickly consume grass, shrubs, and trees.

Smoke was visible 25 miles away in Denver as Governor Polis declared a state of emergency.

“This is awful,” Polis told a reporter.

"Gusts of 100 and 110 mph can and have moved this fire the space of a football field in a matter of seconds … Here in December, who would think we'd be facing a major grassland fire?"

At least 29,000 customers were without power as the fire fight continued into the night.

An initial fire started before 10.30am and was quickly brought under control with no structures lost, first responders said.

A second fire reported after 11am ballooned and spread quickly east, The Associated Press reported.

Sheriff Pelle said downed power lines may have sparked the wildfires earlier in the day though it will take several days to make a final determination on the cause.

Boulder Office of Emergency Management warned residents who could see fire to evacuate.

The National Guard is expected to arrive in the area on Thursday night to help first responders.

Dozens of military personnel will help with road closures and evacuations.

Sheriff Pelle said firefighters won't be able to stop Marshall Fire until winds die down, so the main focus is getting people out.

He and other first responders were counting heavily on snow expected on Friday.

"All we're trying to do is get people out of the way. Tomorrow we'll have a chance."

The sheriff said residents north of the evacuation area should be OK but to stay alert and call emergency management with questions. 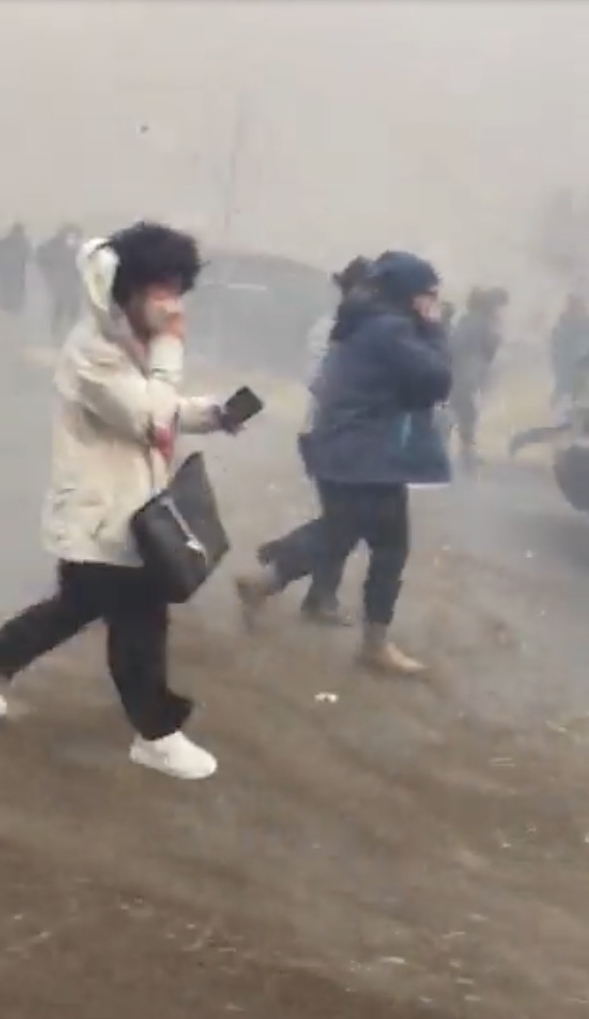 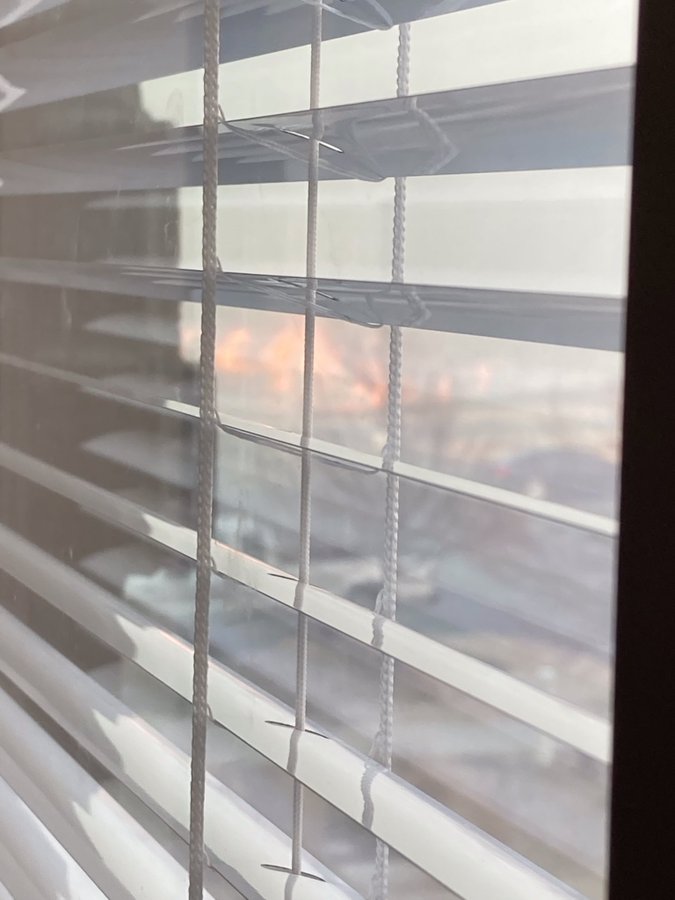 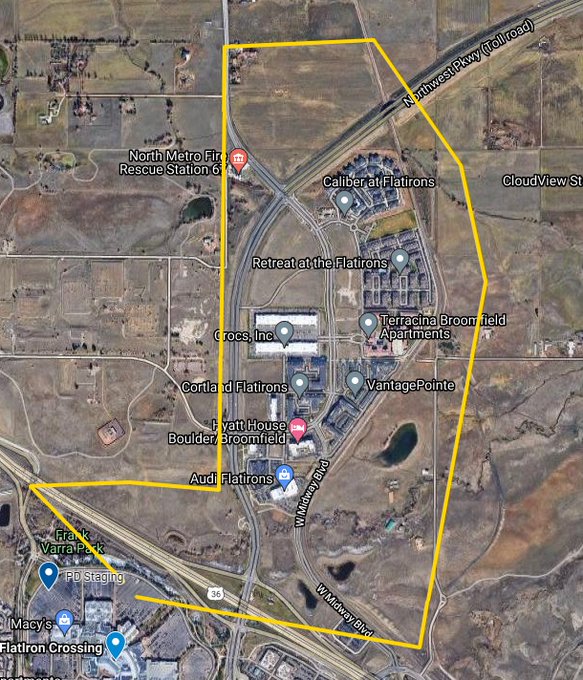 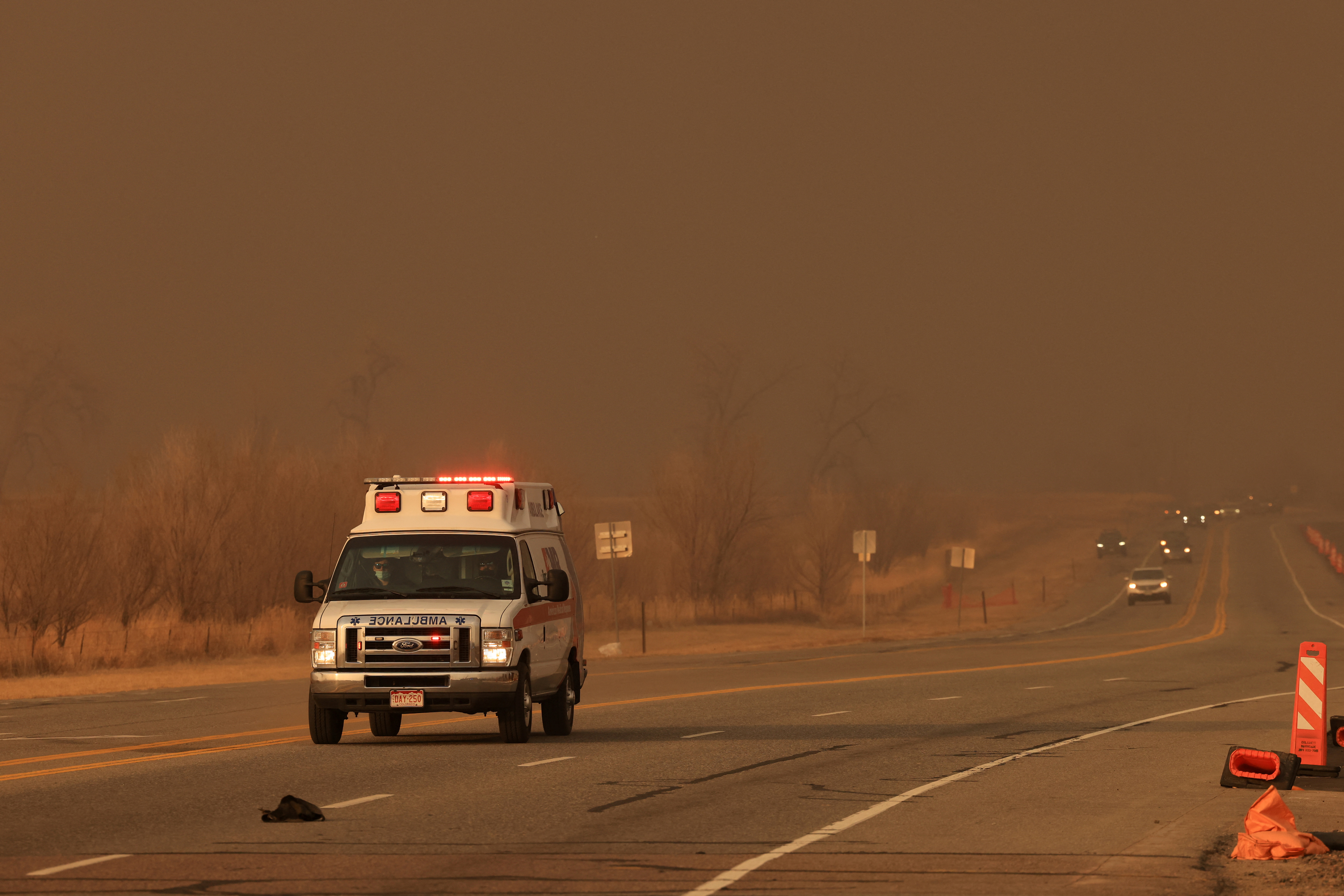 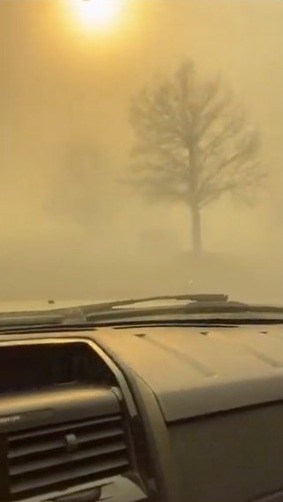 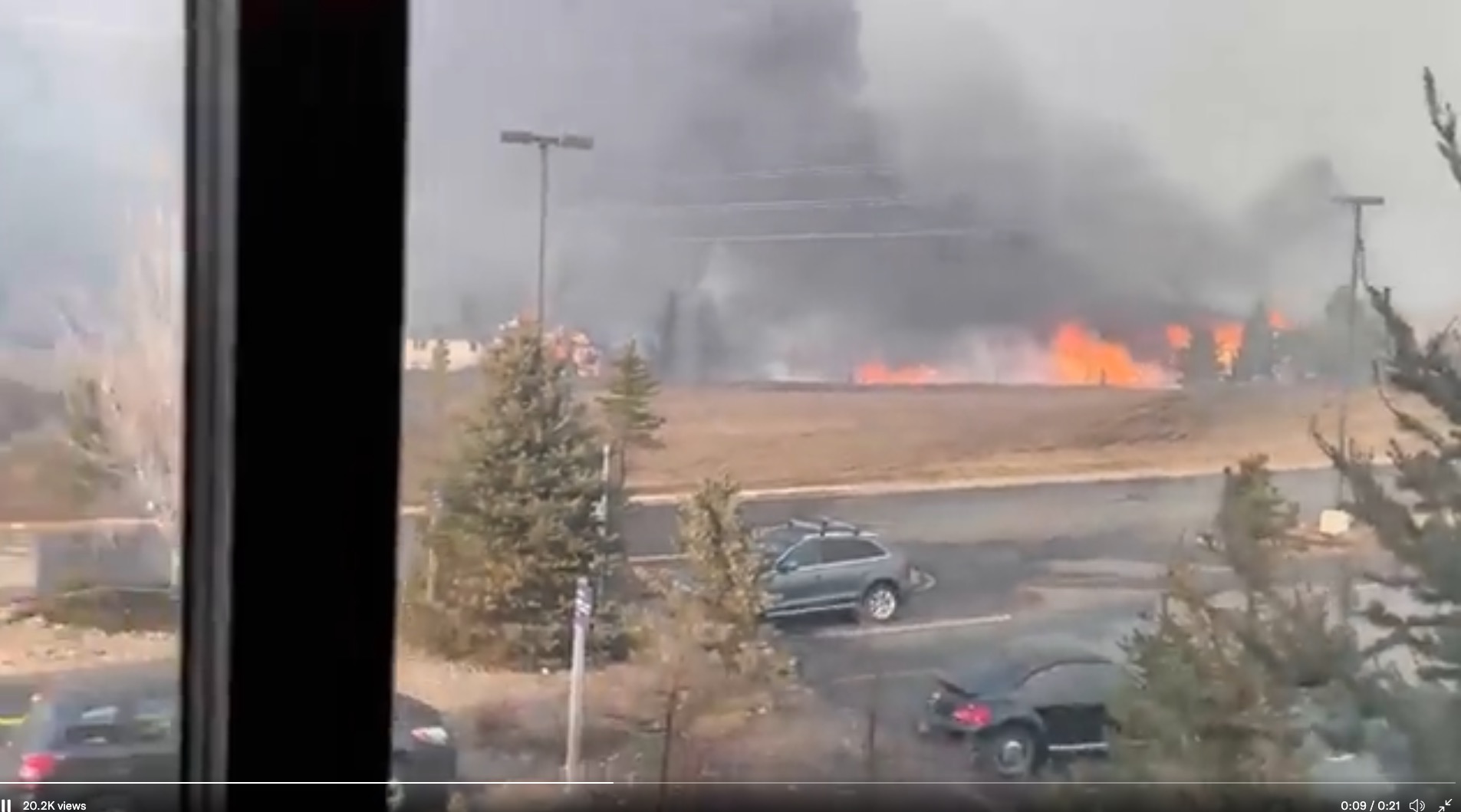 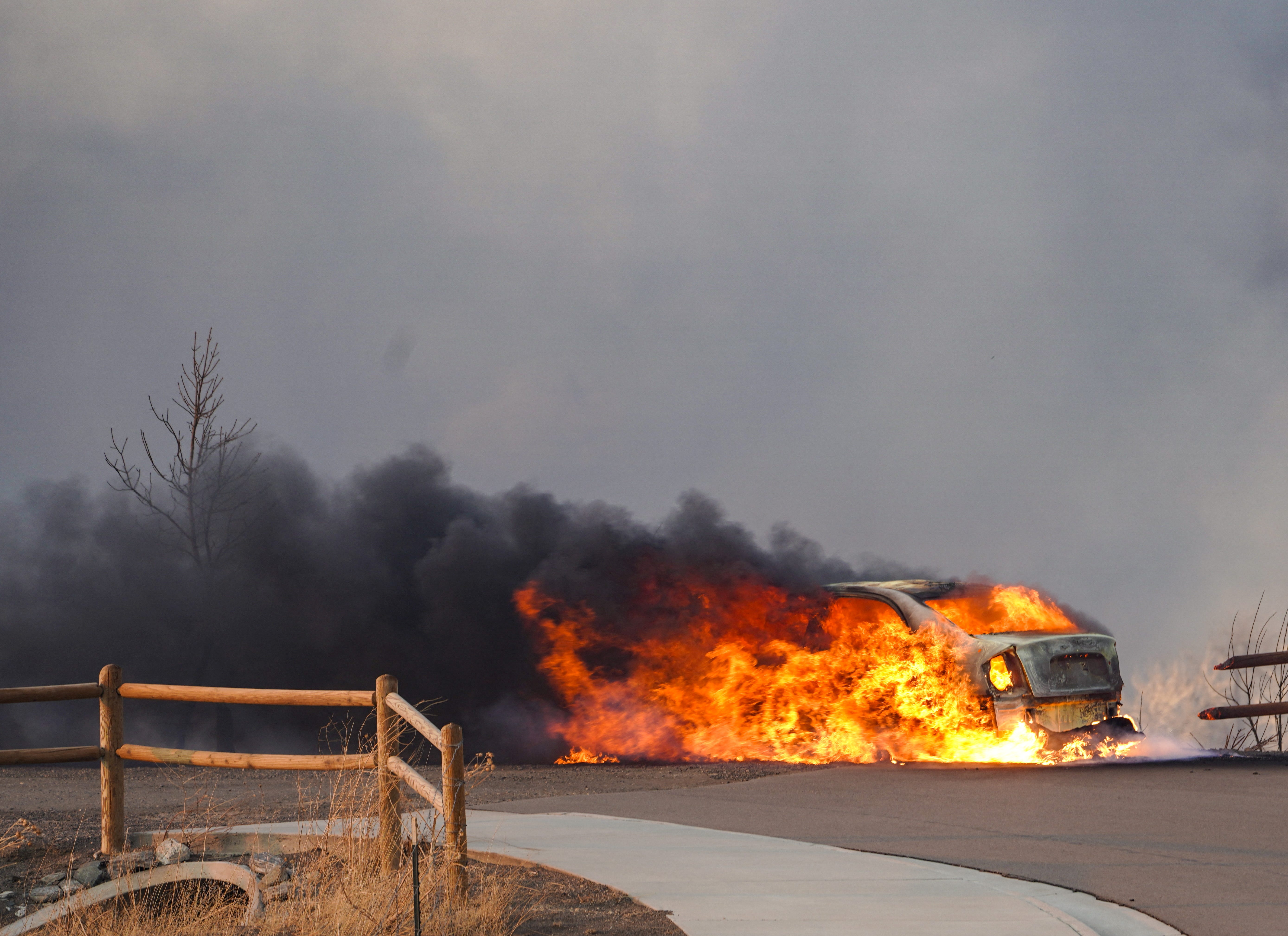