Former British sky diving instructor, 33, is killed in a base jumping accident in the Italian Dolomites – a day after Australian, 35, dubbed ‘one of the most experienced base jumpers in the world’ was also found dead in Italy 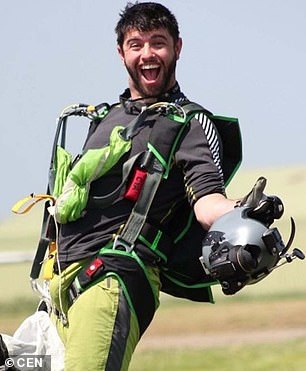 Dylan Morris Roberts, 33, was remembered as a ‘kind and gentle soul’ by his friends

A British base jumper has been killed in an accident in the Italian Dolomites.

Dylan Morris Roberts, 33, was an expert sky diver who had carried out dozens of jumps and was also a former instructor with British Parachute schools.

He had combined his love for parachuting with the extreme sport of base jumping which has killed more than 400 people in the last twenty years.

The tragic news came one day after the death nearby of Australian Matthew Glen Munting, 35.

Munting died instantly after hitting a gully off Mount Cimone on Thursday morning.

Friends say the professional base jumper’s parachute failed to open. It is also believed he may have miscalculated his trajectory.

Dylan was killed instantly after leaping from an 800m ledge known as ‘Happy Birthday’ on the 1500m Monte Brento in the Trentino region of northern Italy.

Onlookers said he fell 200m and the appeared to hit the side of the mountain after take off and his body was recovered by mountain rescue teams.

He had been jumping with a group of five others when the incident happened last Friday morning but details have only just been confirmed now.

BASE jumping involves leaping from fixed objects and using a parachute to descend to the ground and its stands for buildings, antenna, spans (bridges) and earth (cliffs).

Some jumpers also use wingsuits but it thought Dylan was using a traditional parachute method to land and was aiming for a nearby field. 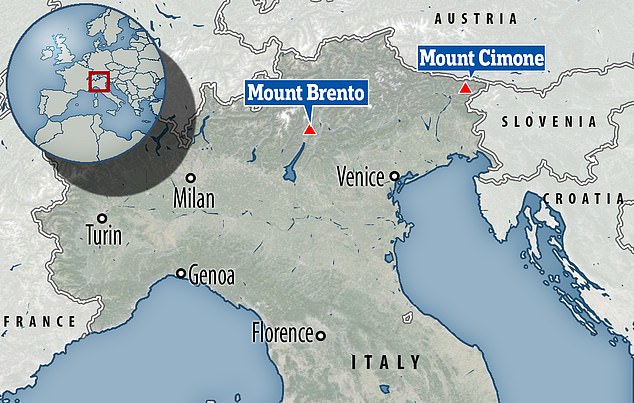 Brit Dylan was killed at Mount Brento, Friday after Aussie Matthew died at Cimone on Thursday

Rescue teams attended the scene of Roberts’s fall, but were unable to save the 33-year-old

According to his Linkedin page Dylan had worked at the British Parachute school in Langar, Nottingham and was also associated with the Sky High diving club at Shotton Colliery in Durham.

He was close friends with another sky diver called Aiden Chaffe, who died in a jump at Langar in 2018, after performing a high risk manoeuvre while he himself had also been seriously injured on a previous jump.

According to online website Sky Derby which tracks base jumpers Dylan had jumped from the same spot last September reaching a ground speed of almost 100mph and taking 31.4 seconds to reach the bottom.

Recently he had also set up a video editing firm at his home in Sedgefield to record jumps at the Sky High club.

The online BASE forum BLINC posted a tribute to Dylan – who was nicknamed ‘English’ – and reported how he had carried out more than 1,000 jumps since 2014 added the weather was ‘calm’ at the time.

It read: ’English arrived in the Brento area three days ago. We made plans the evening before to head up to “Happy Birthday” on the morning of the 3rd. English had jumped Happy Birthday in previous years, but had not jumped there in a while. When we got to the exit he lasered the exit with the intention of giving the numbers to another jumper, and remarked that the exit was bigger than he had thought it was. The wind was calm on exit. 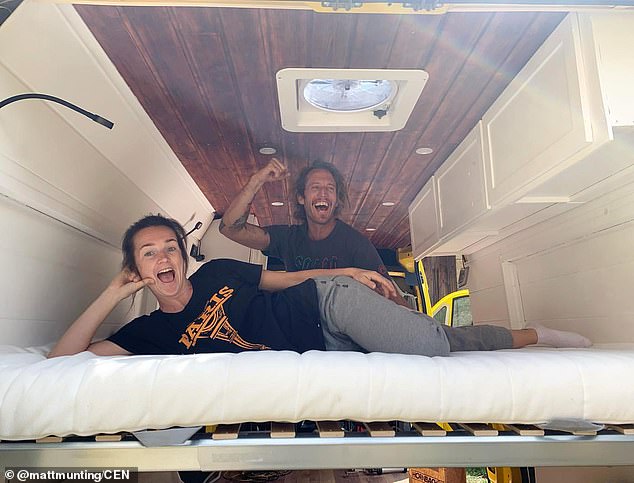 ‘English was second to exit on a load of five jumpers. English had a stable exit. I watched his flight, and from the exit, his flight appeared to be slower. English flew far right over the terrain, and I lost sight of him. I heard a loud noise which I initially thought was a canopy, but I couldn’t spot him under canopy.

‘In my opinion, a line further to the right would be possible on a later jump when there are thermals present, but would be difficult in the early morning when there are no thermals. We’re currently waiting on fly sight data and the video which would provide more insight into what happened.’

It added: ’English was a kind and gentle soul who had experienced some trauma over recent years with the loss of a close friend and a serious tandem/skydiving related neck injury. He was determined to make this year a positive year and was always full of bright, bubbly energy. He will be missed very much by many people.’

Today an official at Langar would only say: ’We are aware of what happened but don’t want to comment. Base jumping is different to sky diving,’ while Sky High declined to comment.

A police spokesperson in Brento said: ‘We received a call from the mountain rescue services informing us of an accident and a crew was sent to the scene. The body of a British man was recovered and the consulate in Milan was informed.

‘The prosecutor has also been informed and a report will be compiled for the office at a later stage.’

An FCDO spokesperson told MailOnline: ‘We are supporting the family of a British man who died in Italy, and are in contact with local authorities.’

Search and rescue teams were activated after Aussie Munting failed to return from his jump on Thursday.

He was one of the most experienced BASE jumpers in the world, having racked up 400 jumps with a wingsuit and 3,000 with a parachute.

He was reportedly working as a BASE jumping instructor and had been living with his wife Petra in Dubai for years.

His body was recovered by mountain rescue workers who were helicoptered into the area.

The body was found in an inaccessible gully between Mount Cimone and Jof di Goliz (another mountain) later that morning.

It is not clear if the men’s bodies have been repatriated.