BRITS must not be forced to get a Covid vaccine before they can return to work, the health minister warned business bosses today.

Edward Argar said jabs have to remain voluntary and there are other ways firms can make their offices secure from the virus. 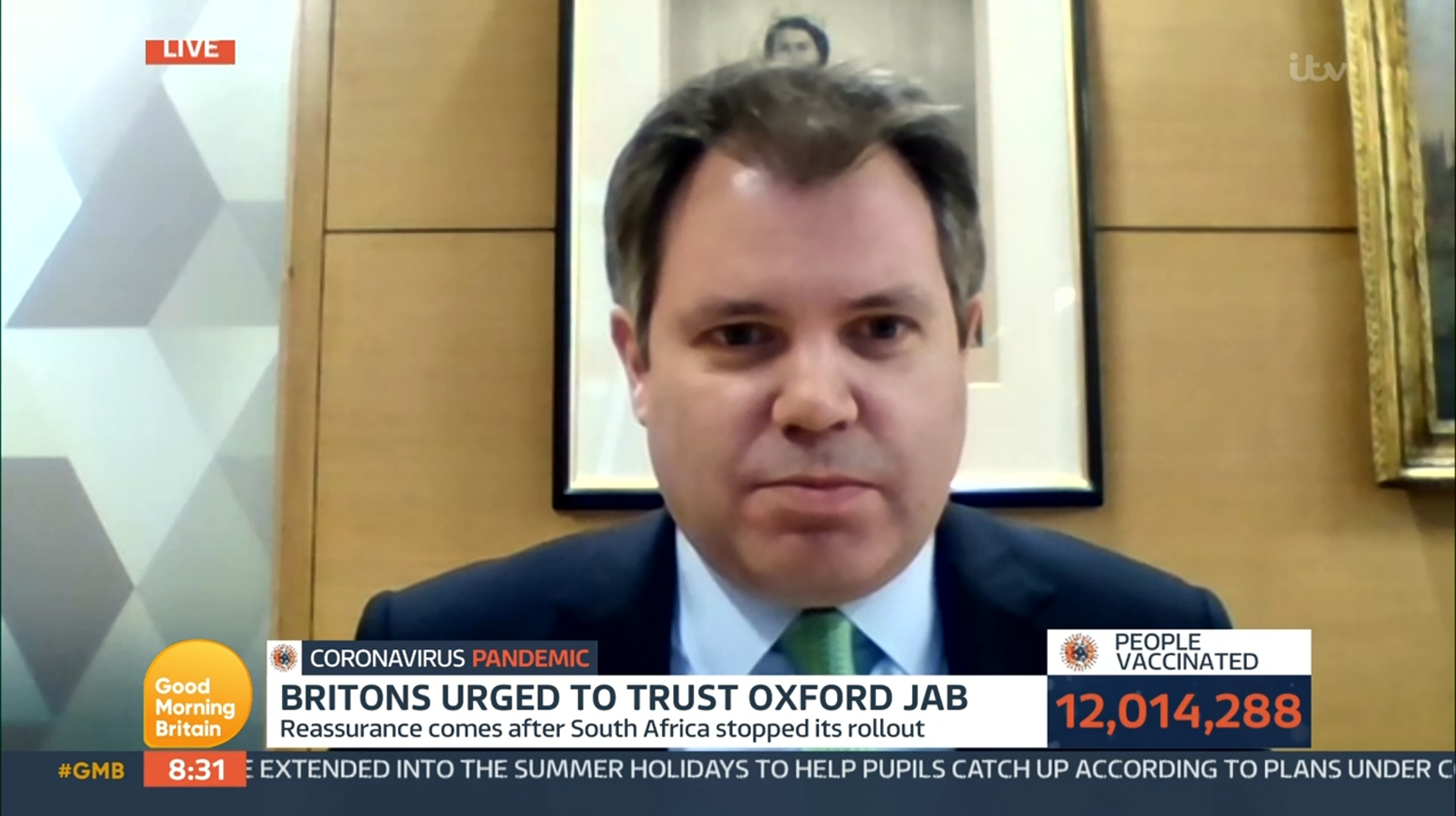 He was commenting on reports that companies could use existing Health and Safety laws to try and force their staff to get vaccinated.

Mr Argar said there are no plans to introduce vaccine passports or immunity certificates that would give those who have been jabbed greater rights.

But some Cabinet ministers are believed to be pressing for such a scheme to open up the economy and foreign holidays sooner.

Whitehall sources also believe companies could adopt a "jab for a job" policy by arguing they have a duty to protect all staff from harm.

Mr Argar warned businesses against such a course of action, saying they should take other steps like widespread testing of employees instead.

He said: "It’s not the way we do things in this country, we are not going to be mandating the vaccine.

"We do things by consent when it comes to vaccinations and the Government has no plans, legal or otherwise, to mandate it to undertake particular activities."

He added: "I’m not in the business of saying that companies or others should be mandating their staff to take a particular course of action with the vaccine.

"There are plenty of routes to make sure work places are safe and Covid secure. The lateral flow tests for example, will help do that.

"I would encourage everyone to take the vaccine because I think it saves lives and prevents disease but we do not in this country mandate such things." 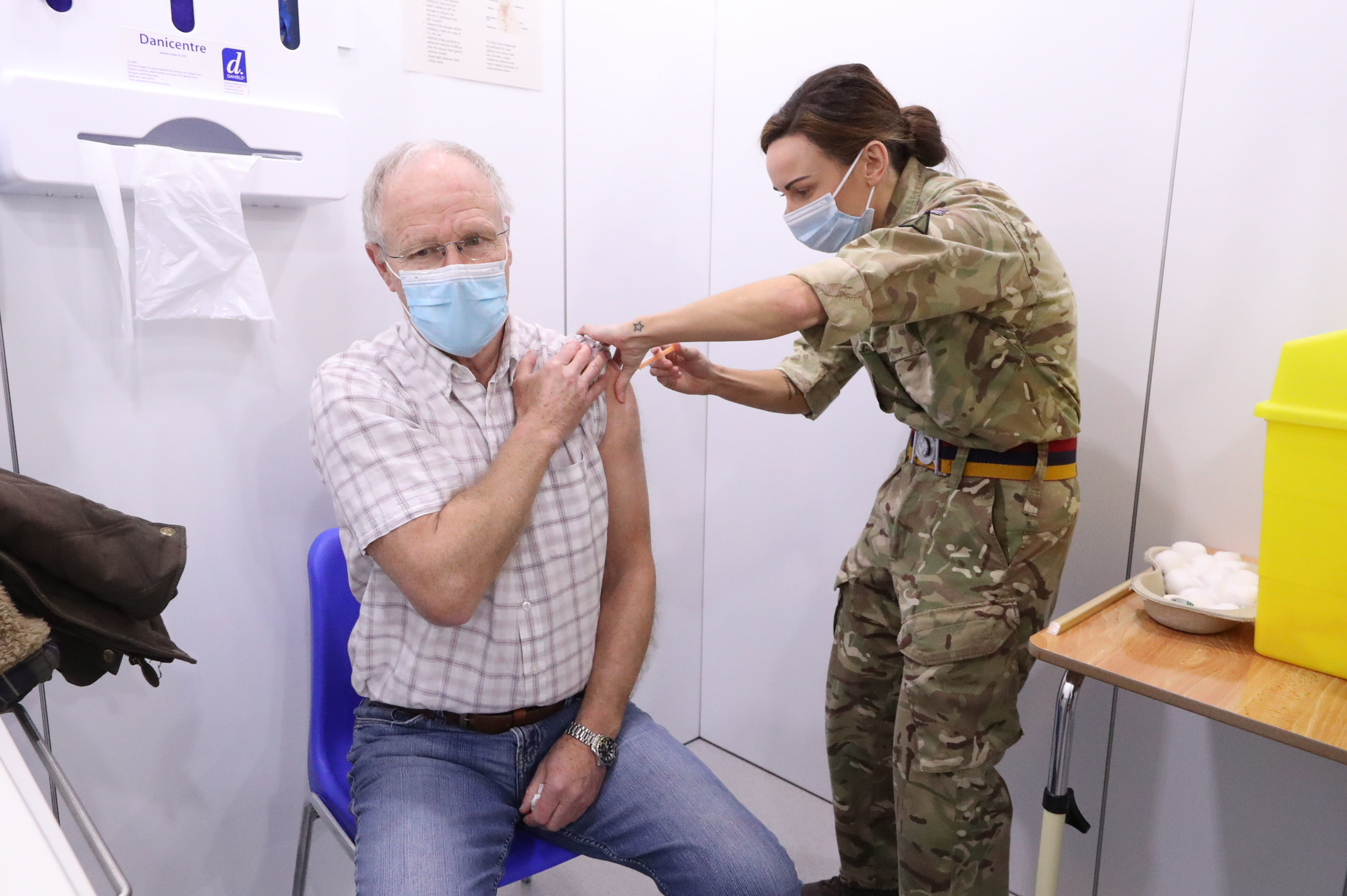 It comes after reports that ministers believe firms could use health and safety laws to prevent unvaccinated staff returning to the office.

A government source told the Telegraph: “If someone is working in an environment where people haven’t been vaccinated, it becomes a public health risk.

“Health and safety laws say you have to protect other people at work, and when it becomes about protecting other people the argument gets stronger.

“If there is clear evidence that vaccines prevent transmission, the next stage is to make sure more and more people are taking up the vaccine.

“If people have allergies or other reasons for not getting jabbed, then of course they should be exempt, but where it’s an unjustified fear, we have got to help people get into the right place.”

Pimlico Plumbers has already announced plans to introduce a "no jab, no job" policy for all its workers.

But lawyers have questioned whether such an approach would hold up in court, given not even the Government has the power to enforce vaccinations.

They have warned firms they could be open to lawsuits for discrimination or constructive dismissal, potentially leading to costly compensation.

Nick Wilcox, a partner at employment law specialists BDBF, told the Guardian that mandatory vaccinations "could be an issue".

He advised company bosses to consult workers about jabs rather than imposing them.

It comes after the number of people in Britain who have received the first dose of a vaccine topped 12 million.

Almost 1,000 jabs a minute are now being administered, and all the most vulnerable groups are set to have received theirs by Valentine's Day.

Boris Johnson will lay out a roadmap for exiting the lockdown on February 22, with schools due to return first on March 8.