The oldest member of K-pop phenomenon BTS will begin his military service on December 13, becoming the first in the band to enlist, local media reported Thursday.

All able-bodied South Korean men under the age of 30 must perform about two years of military service, mainly because the country remains technically at war with nuclear-armed North Korea.

That means the age cut-off is approaching for 29-year-old Jin, senior member of the hugely popular septet. 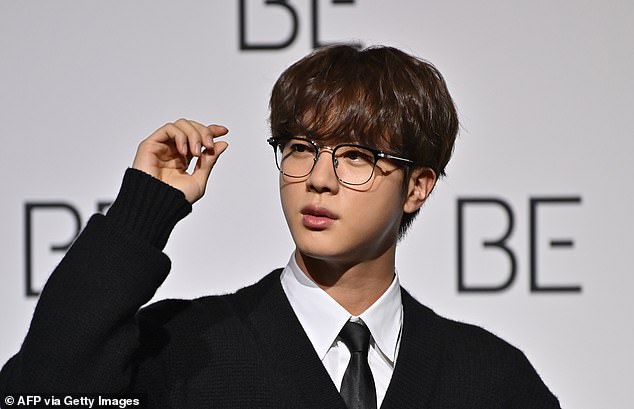 Jin, a member of South Korean K-pop band BTS, attends a news conference to introduce the group’s new album BE in Seoul, South Korea on November 20, 2020

He will begin his mandatory five-week training at Yeoncheon in Gyeonggi province before being deployed to a ‘frontline unit’, the Yonhap news agency reported, citing military and industry sources.

The singer had previously hinted on social media that he had been assigned to the front line.

The news left fans overwhelmed and emotional, with some even expressing concern about Jin’s safety.

‘My heart literally dropped when I read that he will be deployed to the front line,’ one fan tweeted, adding: ‘This military thing that surround BTS for years NEVER really concerns me until now. Why front line?? Why??’

Another fan said: ‘I can’t help but think they’re sending him to the hardest scariest place as punishment.’ 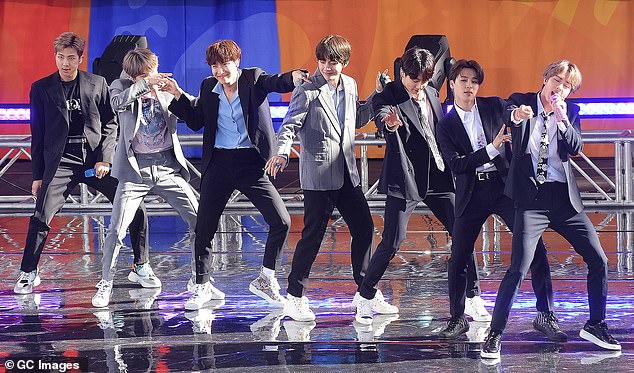 BTS are credited with generating billions for the South Korean economy, and their label enjoyed a surge in profits despite holding fewer concerts during the coronavirus pandemic.

But the prospect of mandatory military service has long hovered over the K-Pop superstars, and has triggered years-long debate in South Korea over whether they deserved exemptions — which are given to classical musicians and Olympic medallists, for example.

Their agency announced last month that band members would carry out their mandatory military service, starting with Jin.

Seoul’s defence minister had said in August that BTS might be allowed to continue performing and preparing for international concerts even while undertaking military duties.

The South Korean singer, 25, belted out his latest single Dreamers – which is on the competition’s official soundtrack – alongside his 41-year-old collaborator.