A Russian torture chamber where victims had their teeth pulled out and were forced to inhale smoke has been uncovered in a liberated Ukrainian city, officials have claimed.

The chamber, which has been labelled ‘mini Auschwitz’, was found in Pisky-Rad’kivs’ki, Kharkiv, where locals have alleged victims were buried alive.

Footage of the area has emerged after ‘soldiers and citizens were held in the chamber and beaten’.

Images show a plastic bucket filled with gold teeth and a gas mask which was allegedly used to force victims to inhale smoke from a burning rag.

Survivors have said they were held for weeks on end and tortured during interrogation sessions until they gave up the names of local people helping them.

The site was revealed by Serhii Bolvinov, chief investigator of the Kharkiv region.

‘Police have been made aware of the torture of burying people alive and the use of a gas mask with a smouldering rag. 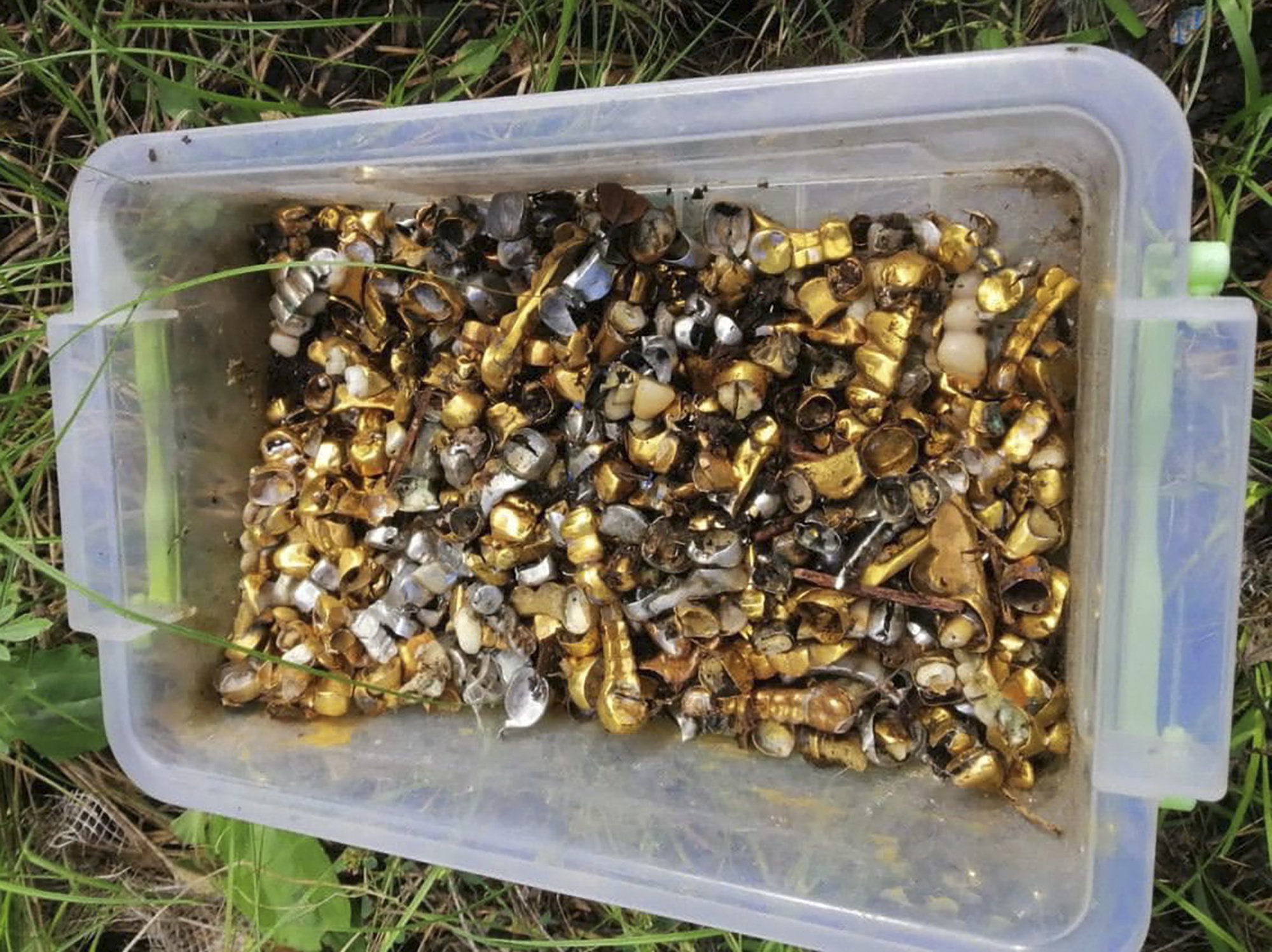 He vowed that those responsible will be found and punished.

The Kremlin has repeatedly denied human rights abuses since troops were sent in back in February.

The grim discoveries come as an increasing number of towns are being liberated from Russian soldiers.

He said: ‘The Ukrainian army is making a rather fast and powerful advance in the south of our country in the course of the ongoing defensive operation.

‘Dozens of settlements have already been liberated from the Russian pseudo-referendum this week alone.’

Earlier this week, both houses of the Russian parliament ratified treaties making the regions part of Russia.

The formalities followed Kremlin-orchestrated ‘referendums’ in the areas, which have been condemned by the international community and rejected as a sham by Ukraine.