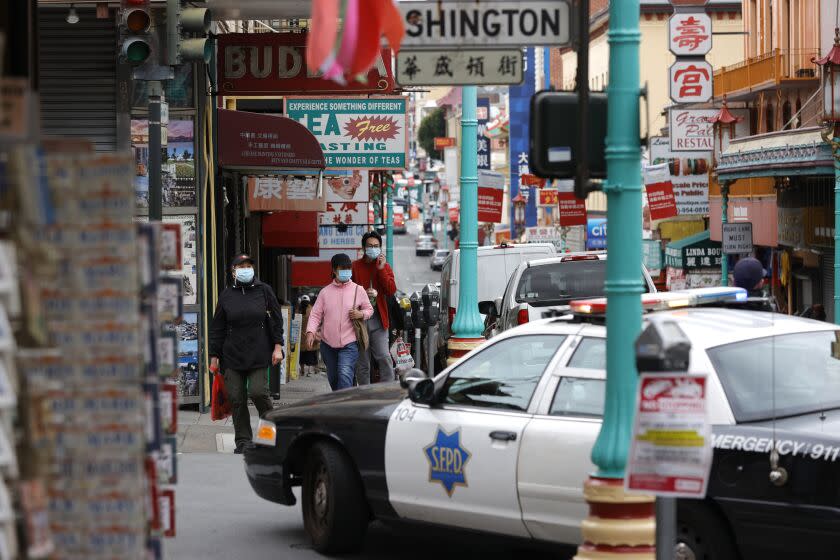 Around 1 p.m. Monday, an officer noticed that one of the department’s marked trucks parked on Potrero Hill had its catalytic converter stolen, police said in a statement. After further inspecting the department’s other vehicles, it appeared that three other marked cruisers — another truck and two vans — were also targeted, according to police.

No arrests have been made and the investigation is still ongoing.

Catalytic converter thefts have been an issue in California during the pandemic. Thieves are able to drill out the small but valuable device from a car in just a matter of minutes, and sell it for a high price, with recyclers paying $50 to $250 per converter, according to the National Insurance Crime Bureau.

In the early hours before the San Francisco Police Department was targeted, one of its officers was injured after he was hit by a car while trying to stop two suspects from stealing a catalytic converter, KGO-TV reported.

Anyone with information in either case is urged to call the San Francisco Police Department tip line at (415) 575-4444 or text a tip to TIP411 and begin the text message with SFPD.