THE US and China’s rivalry could see Asia “wired with the most sophisticated and deadly weapons ever” after Beijing allegedly flew a hypersonic missile "around the Earth".

China has rapidly modernized its military over the past 30 years, escalating fears that Beijing could draw parity with Washington in future decades. 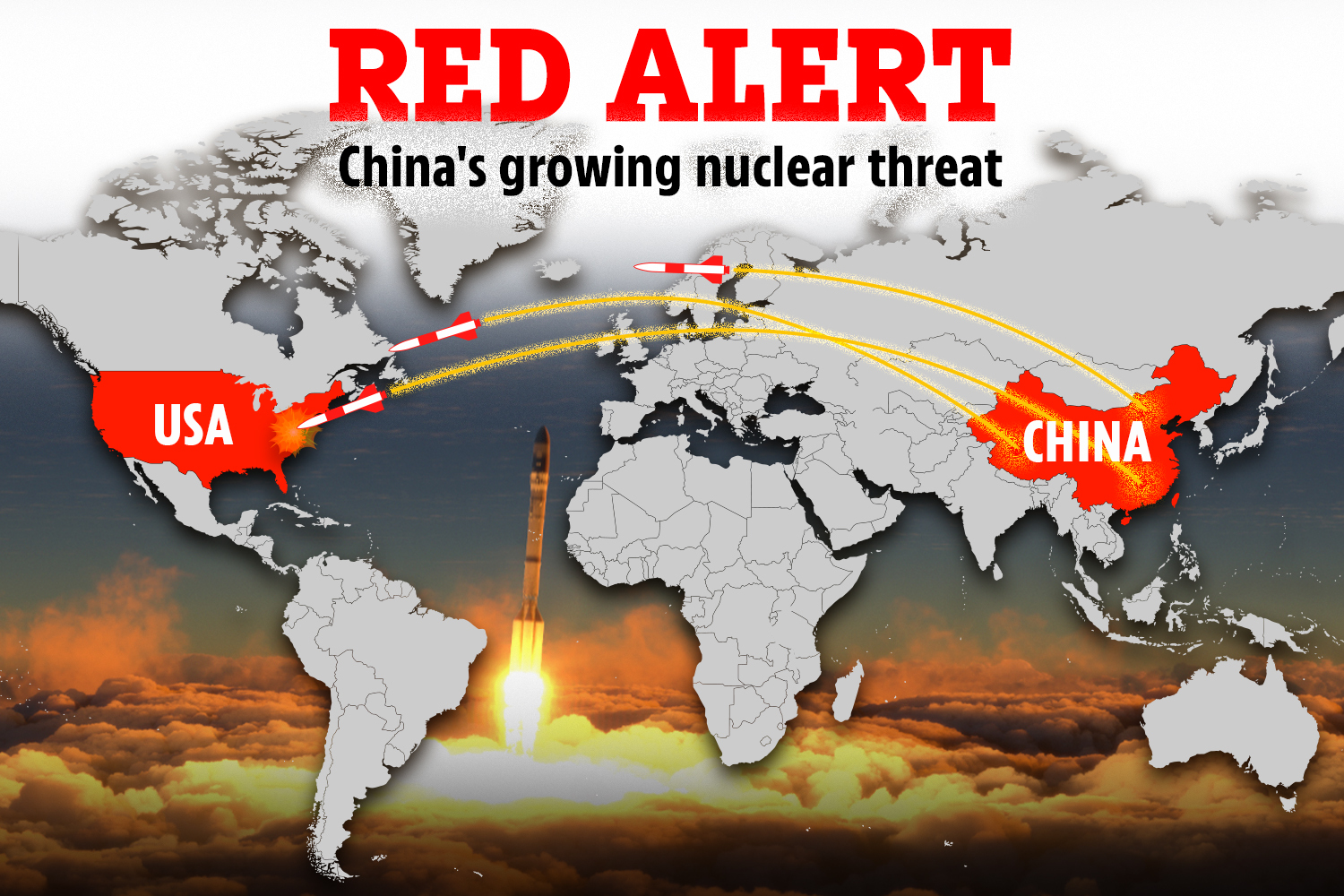 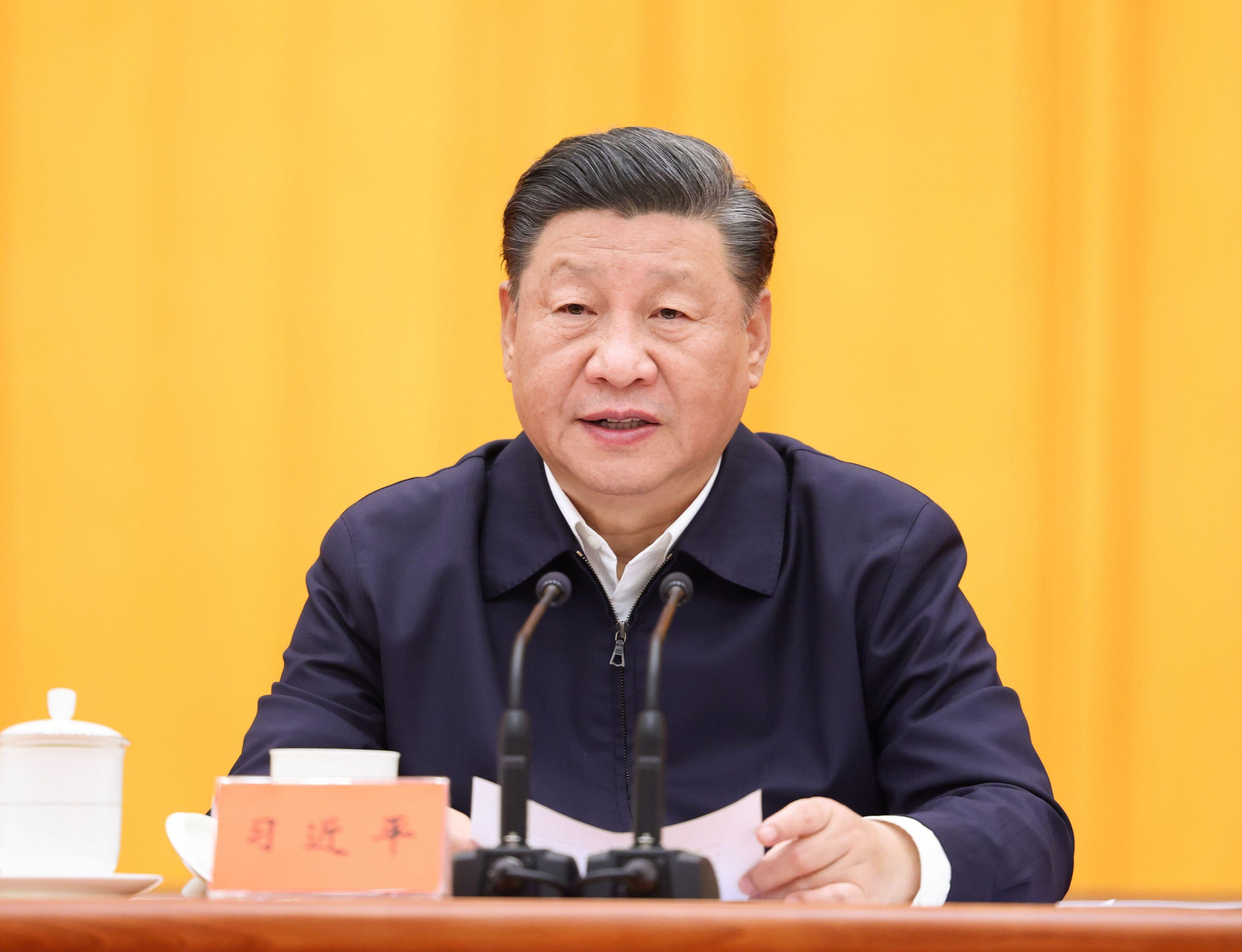 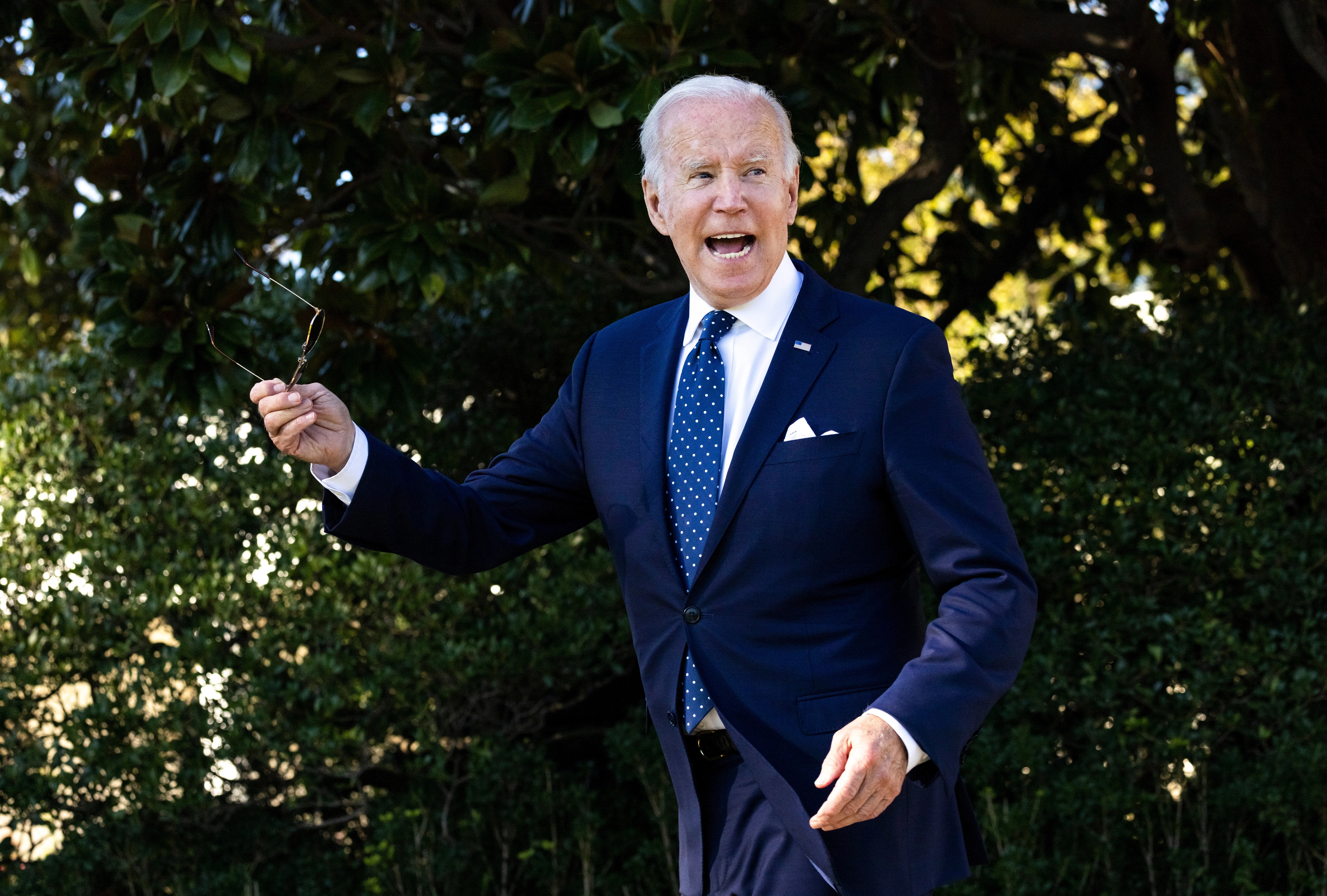 Ethan Paul, an expert at the Quincy Institute for International Statecraft, told The Sun that Beijing has developed missile and radar systems that allow it to rapidly sink US aircraft carriers.

It has also developed the ability to shoot down American fighter jets and to threaten islands such as Okinawa and Guam.

Deployment of the DF-26 missile dubbed the “Guam killer" has rapidly expanded over the past year, according to a Pentagon intelligence report.

The number of DF-26 missile launchers expanded from 200 in 2019 to 350 earlier this year, The Washington Examiner reports.

Meanwhile, the US continues to pour billions of dollars into the development of hypersonic missiles and is funding around eight programs.

Paul said: “We’re just on the first level of what’s going to be an increasingly tall house of cards.

“We’re in the very beginning of a never-ending cycle. The US and China will continue to take steps to try and exploit each other’s vulnerabilities.

"It will inevitably see the entire Asia-Pacific region wired up with the most powerful, sophisticated, and deadly weapon systems to ever exist.”

Shannon Bugos, of the Arms Control Association, said the competition between China and the US is “concerning” as both Beijing and Washington try to outmaneuver each other.

China currently possesses around 100 intercontinental ballistic missiles that have the potential to strike the continental US, but little is known about Beijing’s hypersonic development program.

The DF-17 is equipped with a hypersonic glide vehicle and was showcased in 2019 during a National Day military parade.

While the Xingkong 2 nuclear-capable hypersonic prototype was successfully tested at a target range in northwest China in 2018.

Beijing still lags behind Washington in terms of its nuclear warheads, possessing around 350 compared to the US' 5,500.

More than 90 percent of the world's nuclear warheads belong to Russia and the US, according to the Arms Control Association.

But, US intelligence officials were left stunned after China launched a rocket into space in August – allegedly containing a hypersonic glide vehicle that circled the globe before speeding towards its target.

Beijing denied firing a hypersonic missile as Zhao Lijian, the spokesperson for China's Ministry of Foreign Affairs, claimed the object was just a "spacecraft".

Bugos told the Sun: “There’s evidence to suggest hypersonic weapons are not the revolutionary gamechanger that proponents make them out to be but are more of an evolution in technology that wouldn’t fundamentally alter the nature of conflict."

She appeared to reject calls that the US may be “losing” the so-called hypersonic arms race.

But, she warned that great power competition emphasizes the need for dialogue among leading players such as Russia, the US, and China.

Bugos is calling for leaders in Washington and Beijing to open talks on strategic stability where both sides “start pulling the curtain back” and increase transparency.

The expert hopes that dialogue between the two countries will be “kickstarted” before including Moscow in trilateral talks that could potentially lead to an arms control arrangement.

She warned of the potential challenges as GOP lawmakers are generally more resistant to the idea.

Bugos added: “It’s harder to get a treaty through the Senate because of resistance, now seen generally from Republican lawmakers, against further arms control. In their view, the US needs to keep a very large nuclear arsenal."

Fears have grown of a potential attack from Beijing, with Ambassador Robert Wood recently warning that the US would be “unable” to defend itself from Chinese and Russian missile systems.

He said: “Hypersonic technology is something that we have been concerned about.

The nuke-capable missile missed its target by about two-dozen miles when it was secretly launched in August, intelligence sources told the Financial Times.

Experts think that one base near Yumen will hold around 120 silos, while the second near Humi will be home to around 110.

Each silo can hold a nuclear missile – capable of carrying up to 12 warheads. In theory, this could see China’s arsenal increase to more than 800.

Paul thinks it has been “foreseeable” for decades that China would seek to advance its military as the country has seen rapid population and economic growth.

He said: “China was obviously going to seek to exercise greater influence – not only regionally but globally.

“I wouldn’t say that US administrations have underestimated China. The establishment, more generally, has underestimated how inevitable the current situation really always was – particularly if the only response the US could find in itself was to say we need to contain and counter China’s influence.” 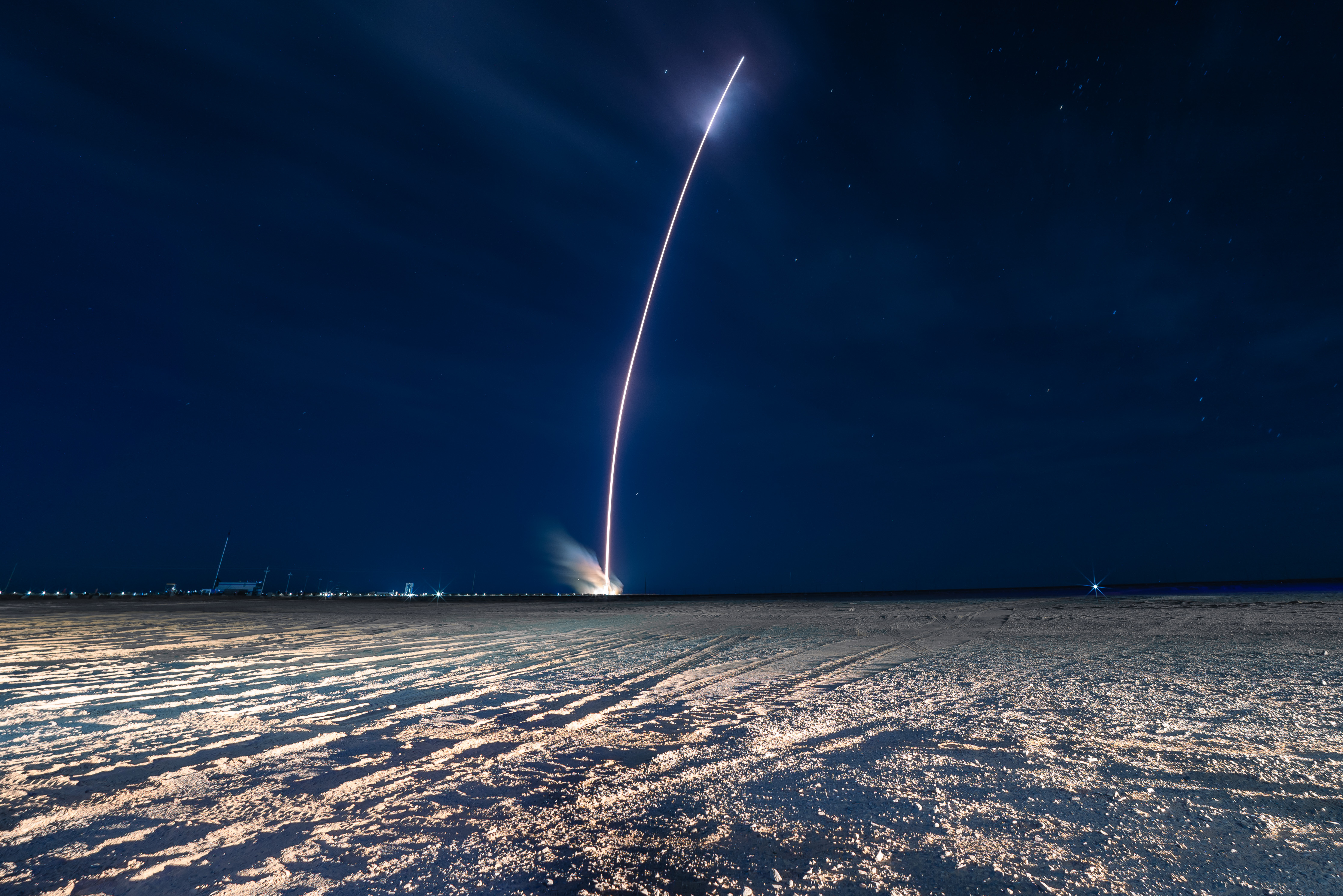 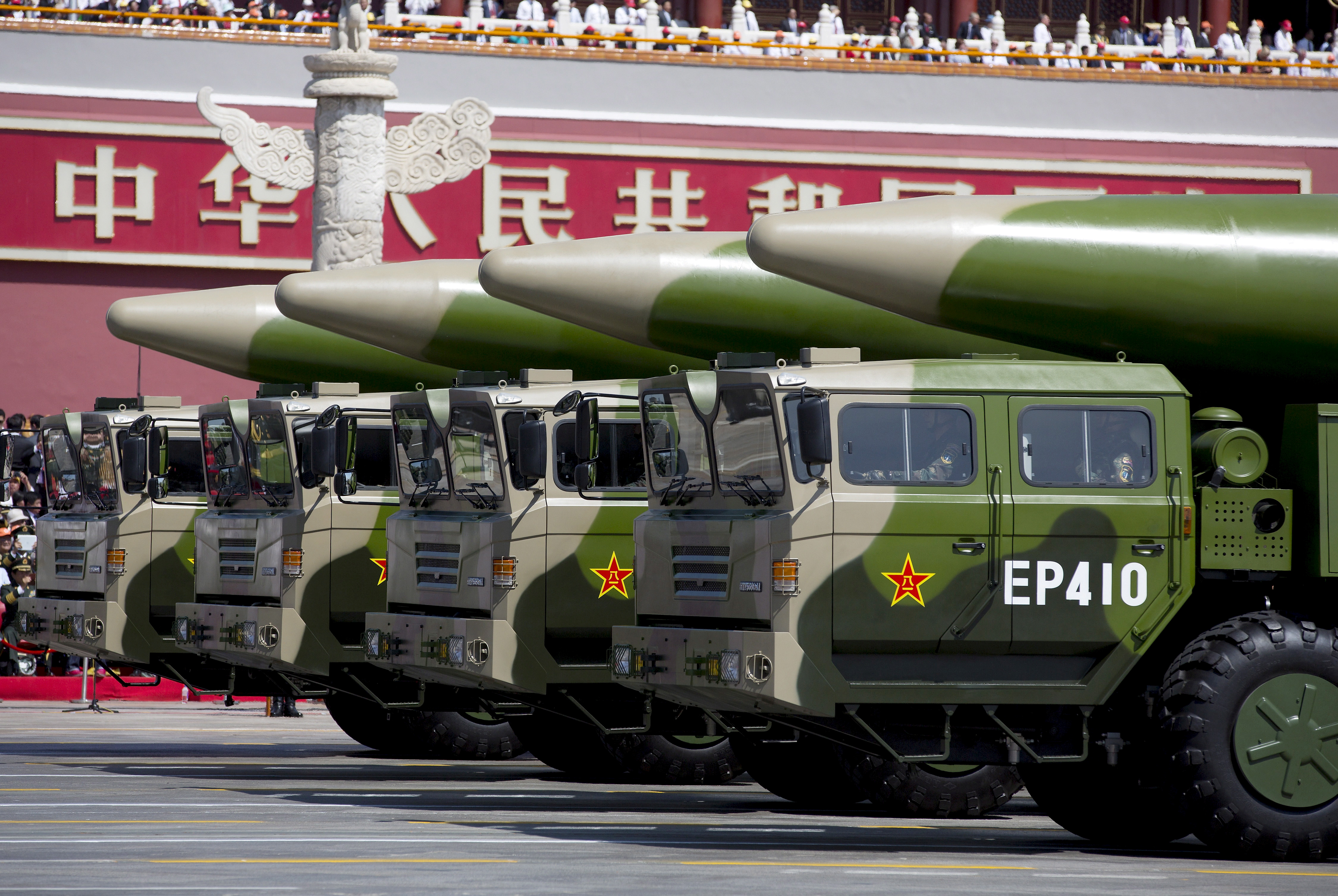