Time’s up for ‘Blackboy’ clock: Council to tear down 250-year-old Cotswolds ‘racist relic’ depicting a black child with a club and leaf skirt – but locals slam woke ‘minority constantly finding things to be outraged at’

A council has been recommended to tear down a 250-year-old Cotswolds ‘racist relic’ depicting a black child with a club and leaf skirt – but locals have slammed a woke ‘minority constantly finding things to be outraged at’.

The sculpture is located on the side of a Grade II listed building named Blackboy House in Stroud, Gloucestershire, and strikes a bell on the hour.

But a public opinion survey has found it causes ‘pain and offence’,  with a local anti-racism campaign group long calling for the statue to be taken down.

Stroud District Council is now set to recommend it be removed and instead displayed in a museum following an eight-week consultation.

The authority is also set to negotiate with the owner of Blackboy House over the renaming of the building, while a review of the street name ‘Blackboys’ in nearby Dursley will also be discussed by the council next week as part of a series of recommendations.

Doina Cornell, leader of Stroud District Council, said: ‘It is very much us listening to the community.

‘A lot of consultation has gone on with people who understand the sensitivities around the statue and what it represents.’

It comes despite local MP for Stroud, the Valleys and the Vale Sionhan Baillie stating her opposition to the idea in August, saying its removal ‘will not end the scourge of racism’.

She added: ‘I am also concerned that a certain minority of people with loud voices have an unquenchable desire to be constantly finding things to be outraged at.’ 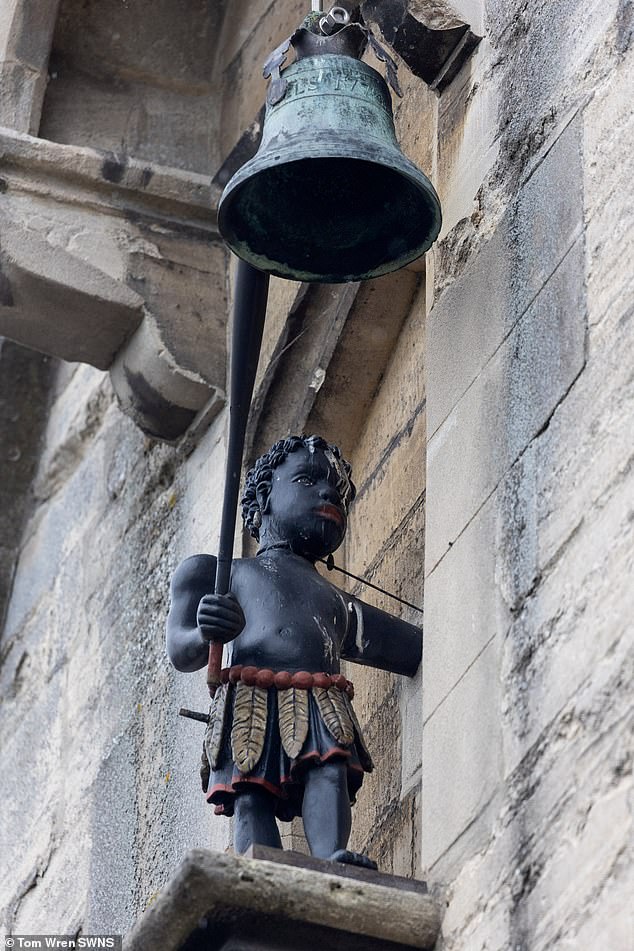 The ‘ ‘Blackboy Clock’ statue of a black child with red lips, leaf skirt and holding a club. Stroud, Gloucestershire 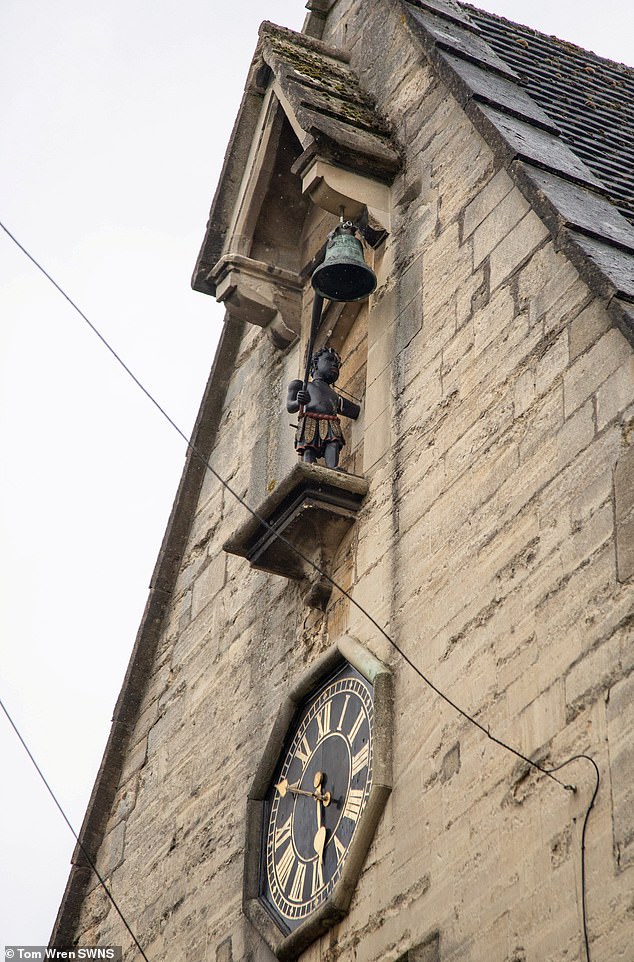 The recommendations made to Stroud District Council

Stroud District Council is now set to recommend it be removed and displayed in a museum following an eight-week consultation.

It is also set to negotiate with the owner of Blackboy House over the renaming of the building, while a review of the street name ‘Blackboys’ in nearby Dursley will also be discussed by the council next week as part pf a series of recommendations.

A spokesperson for the council added: ‘Recommendations under consideration could start a process leading to the removal of the Blackboy clock and statue from its current location in Stroud, following concerns raised by residents in the wake of the Black Lives Matters protests of 2020.

‘The day after the Edward Colston statue was toppled into Bristol Harbour on June 7, 2020, all four Stroud District Council political group leaders issued a joint statement reaffirming the council’s commitment to promoting equality and tackling discrimination, then actions were outlined including consulting on any street and building names, statues and architectural features that may be considered offensive.’

As the clock is attached to a private dwelling and is not owned by the council, its powers to take action are limited.

But Ms Cornell says the council will consult with the trust that does own it and seek listed building consent to remove the clock.

The clock was created by by John Miles in 1774 and has been in various locations of the town before being moved to its current site in 1844.

A report into the history of the clock found it was likely to be one of only 20 surviving examples of its kind in the UK.

It could not verify the boy was a depiction of a slave, but said: ‘Whatever the inspiration or its origins, it has to be remembered that, without a doubt, the boy’s image came directly or indirectly through the influence of slavery and colonialism.’

A spokesperson for local campaign group Stroud Against Racism previously called for the statue to be used ‘as an educational tool’.

The group added: ‘The fact that we need a public discussion to decide whether Stroud should depict an enslaved black person in a public place in our town is a powerful reminder of the racism which is built into the fabric of our community and the work we still need to do to make our town the welcoming and tolerant place we claim that it is.

‘As a predominantly white community, we have a responsibility to recognise and understand the dehumanisation and abuse of Black and Brown people which this statue represents.

‘I believe that most Stroud residents agree that those values have no place in our community.

‘The statue should be removed and used as an educational tool.’

More than 1,600 people responded to the council’s survey – with 77% saying it should be taken down.

But local MP Siobhan Baillie said in August that the statue should remain in place.

A statement on her website said: ‘Removing this statue or any other will not end the scourge of racism, and its disappearance from our community into a museum could be counterproductive in the longer term.

‘We might run the risk of future generations not understanding the journey this country has made when it comes to equal rights.

‘We will always need context – good and bad – to that journey in our public spaces if we are to understand our history, our progress and our mistakes, then reconcile it. 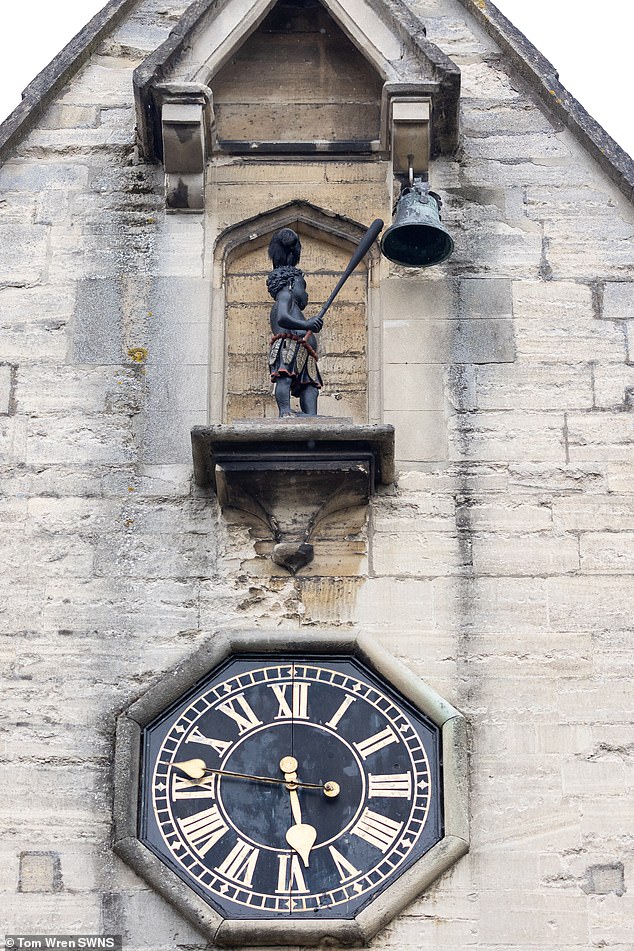 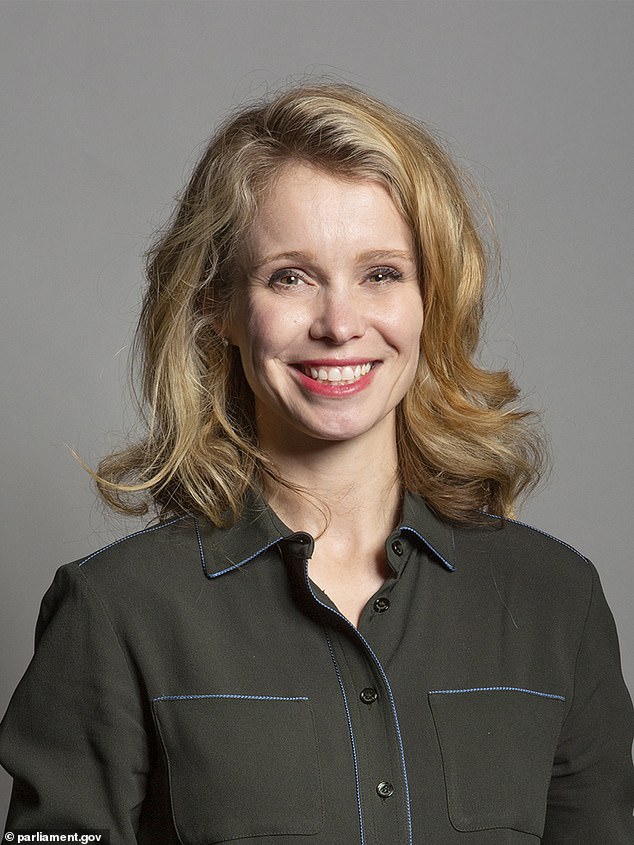 Local Conservative MP Siobhan Baillie (pictured) says removing the statue ‘will not end the scourge of racism’, instead arguing for ‘factual information’ to be added to provide ‘context’ and ‘serve a much greater educational purpose’ 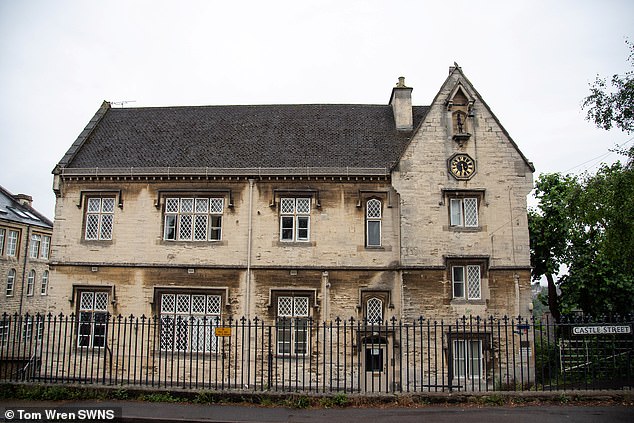 ‘I am also concerned that a certain minority of people with loud voices have an unquenchable desire to be constantly finding things to be outraged at.

‘This can never be a way forward in my view. It is divisive, and division never solved a single issue.

‘I think the best way to really get people to understand our history is to leave all statues in place and commission others to reflect our country’s journey in the 20th and 21st centuries toward equality.

‘It is a journey we are still making and there is some way to go.

‘I understand and share the anger about racism, but effectively banning past prejudice by making it physically disappear from our parks, buildings and roads is not valid in a mature democracy.

‘I accept that an improved context of certain historical statues might sometimes be helpful.

‘Adding factual information about this statue and the origins of its imagery rather than removing it may, I believe, serve a much greater educational purpose, encourage debate and be a compromise.

‘On a practical level, I would welcome people supporting my work to tackle the racism that is happening right now.

‘I am working with organisations like Kick it Out and the Football Association to tackle anonymous abuse online with a verification campaign to stop the hate.’

All elected members will consider the report at the Full Council meeting on Thursday, April 28.