THE dad of a baby who almost died after swallowing a button battery has issued a stark warning to other parents.

One-year-old Ollie Lennon needed 28 operations and was given a 10 per cent chance of survival following the heartbreaking ordeal. 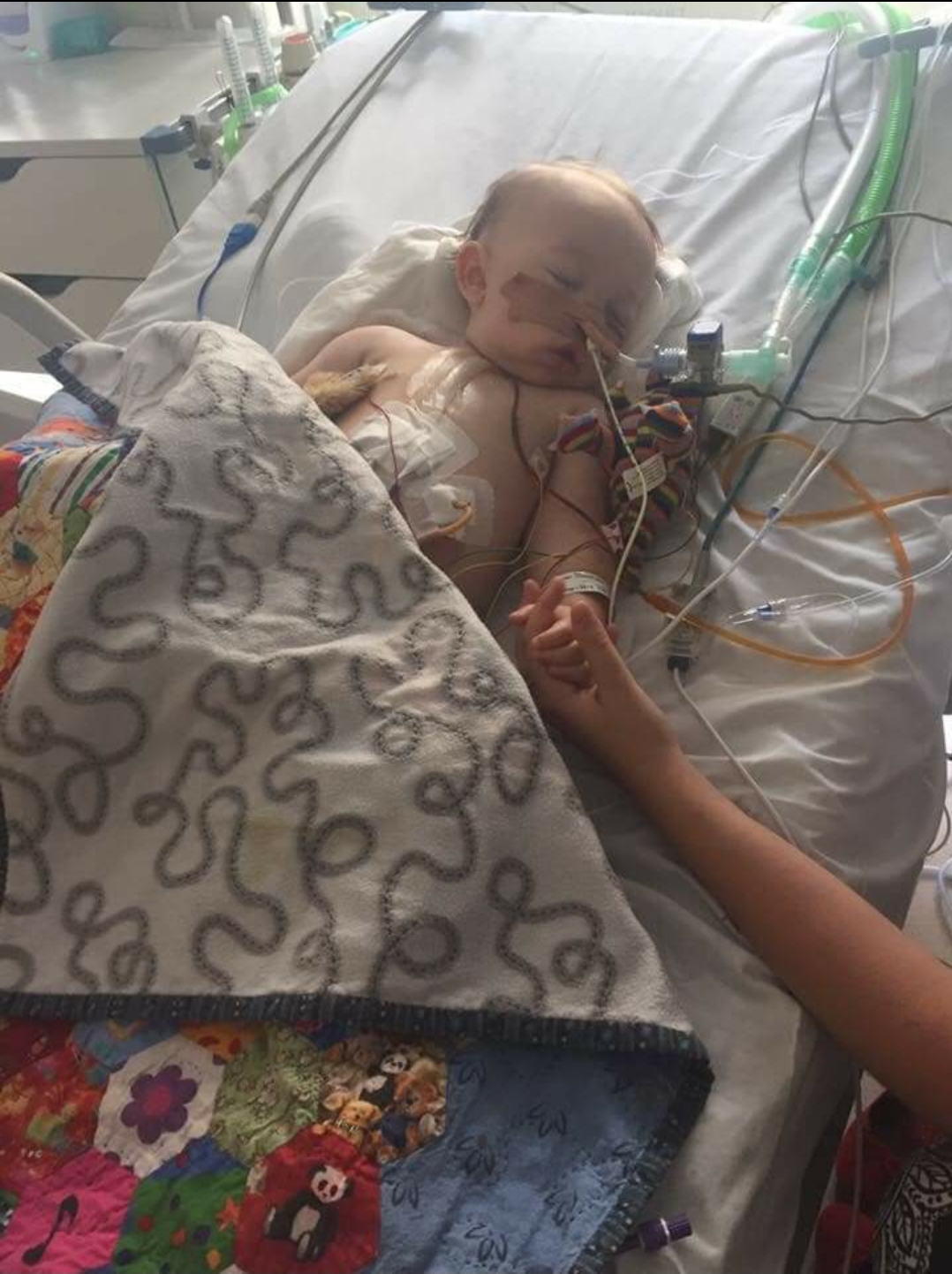 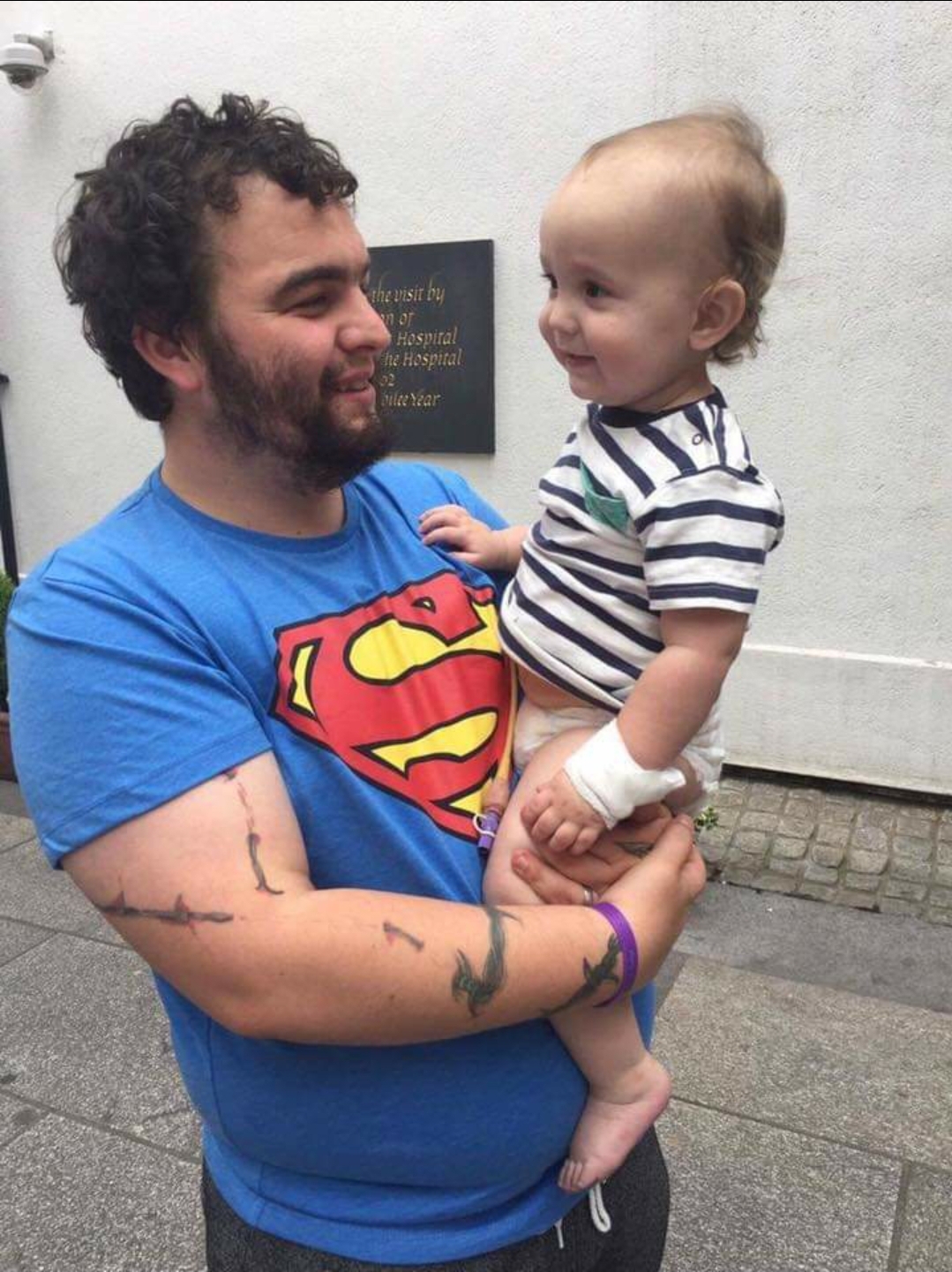 His father Elliott has shared harrowing photos of the little lad in hospital hooked up to a breathing machine and surrounded by wires.

He has also spoken in detail about his brave youngster's nightmare experience – hoping to raise awareness to stop others from enduring his family's heartache.

Elliott said he and Ollie's mum Chrissy first noticed he was struggling to keep down solid food on May 29, 2017.

Doctors at Worthing Hospital, West Sussex, initially suspected he had asthma or coup – a common childhood infection which causes a cough.

But several days later, an x-ray revealed a button battery lodged in his throat.

The tot then underwent 28 operations to save his life, including one in which surgeons had to get behind his heart.

At one stage he was given just a one in 10 chance of survival, with medics telling his parents he will "never fully recover". 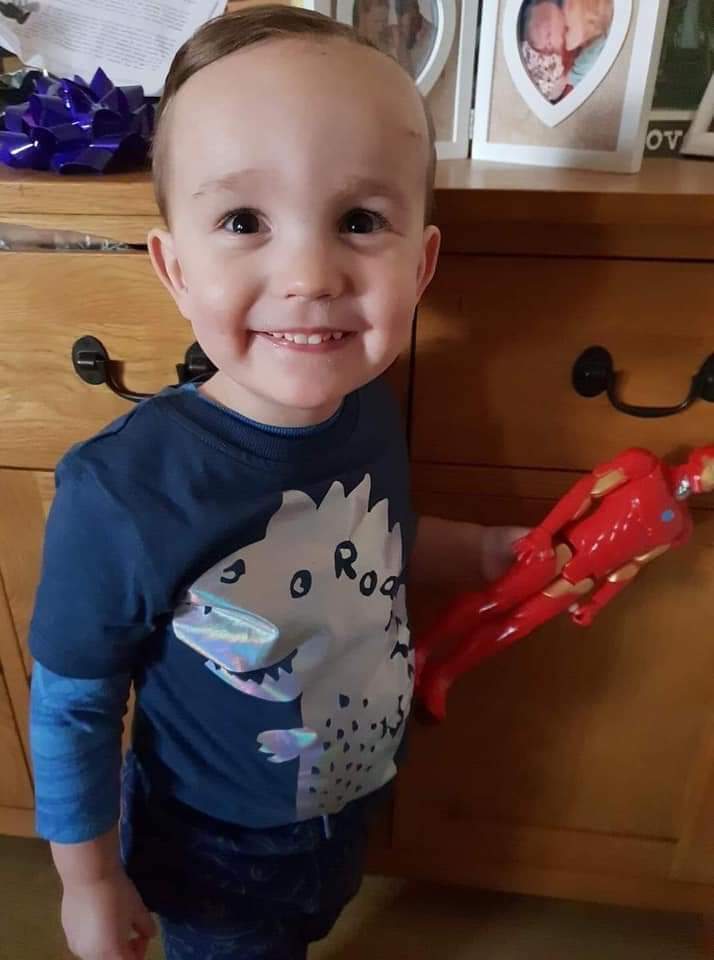 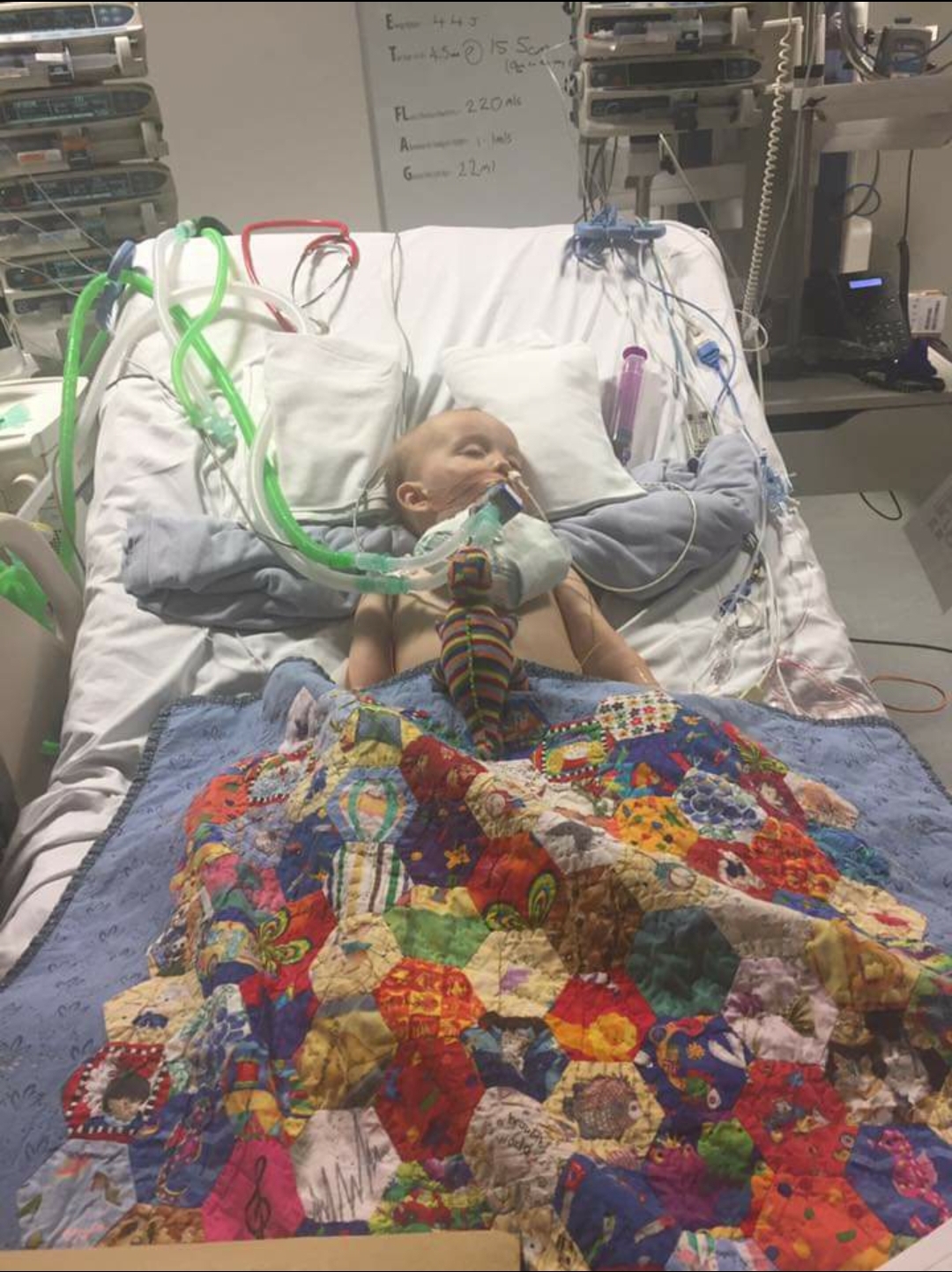 Recalling the day he first noticed Ollie's symptoms, Elliott said: "We’d been out as a family for the day, came back home for lunch and the kids were on their own in the front room while we were making them a sandwich. We’re talking the space of a minute.

"The next thing we’ve gone in there and Ollie was being a bit strange, not coughing but kind of choking that you could hear.

"Any food that was going in just came straight back out.

"We phoned 111 and they didn’t think much of it, because water was going down, fluids were going down.

"When we tried to feed him again, he threw up like a blood clot, it was really nasty. My wife took him down to Worthing Hospital.

"After running a couple of tests they just said they think he’s got croup or asthma."

Ollie visited the hospital again the following day, when the scan found he had a battery stuck in his throat.

"I rushed out from work down to the hospital," Elliott said.

"Worthing Hospital don’t deal with medical traumas for children under three, they can’t physically operate so we had to sign a social waiver for them to pull out the battery."

Despite the battery being removed, Ollie sustained injuries which meant he had to be transferred to Great Ormond Street Hospital in London.

But due to the level of intensive care he was receiving, medical staff warned Elliott that Ollie had a 10 per cent of surviving the journey from the ICU to the ambulance, never mind the 61-mile journey to the capital.

Thankfully after life-saving surgery and months of recovery, Ollie survived, but the damage caused by the reaction in his tissue has left him incredibly ill.

Even a common cold could be lethal as it could close his windpipe and stop him breathing altogether.

It means his family have had to be extremely careful during the pandemic, and didn't leave the house for six months.

Ollie's surgery also left him with a large scar across his chest, and another from being fed directly into his stomach for several months.

Elliott said he decided to speak out about his son's ordeal after hearing of the passing of a young child who also swallowed button battery.

Two-year-old Harper-Lee Fanthorpe, from Abbey Hulton, Staffordshire, died just hours later when acid burned through her food pipe and into a major artery.

Her grief-stricken mum, Stacey Nicklin, said she had not realised her daughter had swallowed the battery, only noticing after spotting one was missing on a remote control in her bedroom.

Issuing a warning to other parents following her tragic loss, she said: "It's about awareness. If I can save one child or a hundred, then I've promised my baby I've done what I've done.