Scream if you want to go faster! Daredevil lets out terrified squeals as he hurtles down a five-storey slide in Azerbaijan mall

This is the moment a thrill-seeker screams in terror as he rides down a five-storey helter skelter in Baku, Azerbaijan.

The unnamed man filmed his ride as he plummeted down the 191ft (58.3m) long twisting slide.

The video, taken in the Deniz Mall last week, shows the rider speeding down the 80ft (24.2m) tall slide, from the fifth floor of the complex. 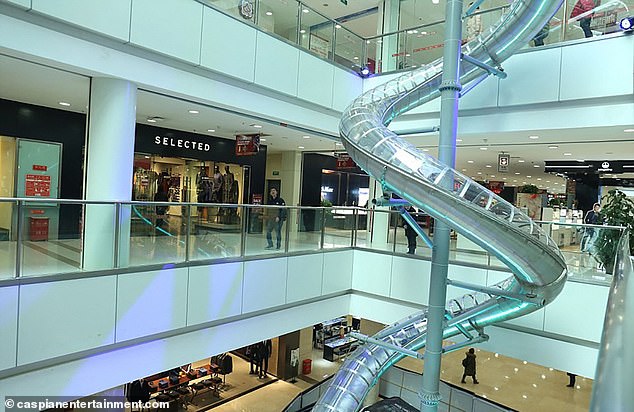 There are two separate slides at the mall, designed for adults and children.

The small one for those over the age of seven is on the third floor and the large one for over-14s is on the fifth floor.

Footage starts with the rider on a mat setting off slowly.

His shouts begin low pitched but as the ride gets faster, the rider’s squeals get higher pitched as he is clearly terrified. 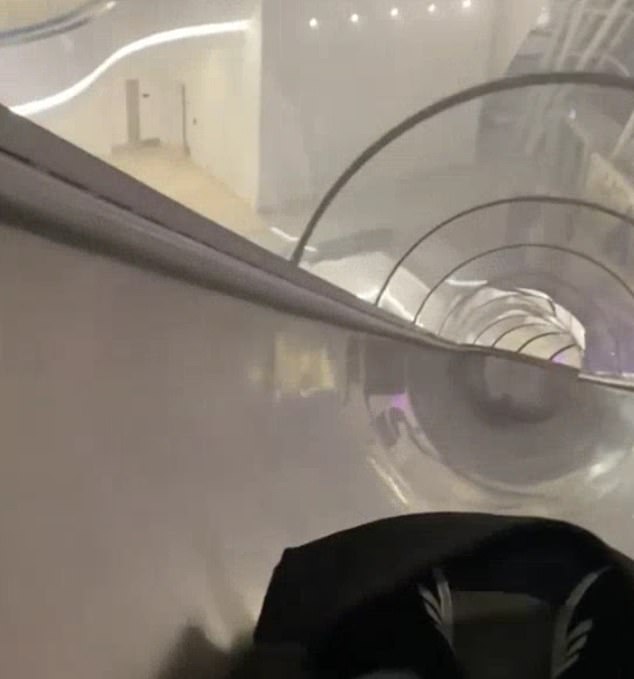 The video, taken in Deniz Mall, Azerbaijan, has the rider speeding down the slide through the complex, taking him down to the first floor from the fifth

He speeds round bends in the tubular slide while the noise of his screams reverberates.

By the time he reaches the bottom, his screams have become very high pitched until he begins to sound like a dolphin.

The video cuts when he comes out of the end of the ride, by some red barriers.

Deniz Mall in Baku, Azerbaijan, opened in March 2020 and is an entertainment, leisure and dining complex.

It has a ‘flame’ tower as a centrepiece for eight star-shaped wings.

These are inspired by Azerbaijan’s national emblem.

The mall also has go-karting, a cinema and many shops and restaurants. 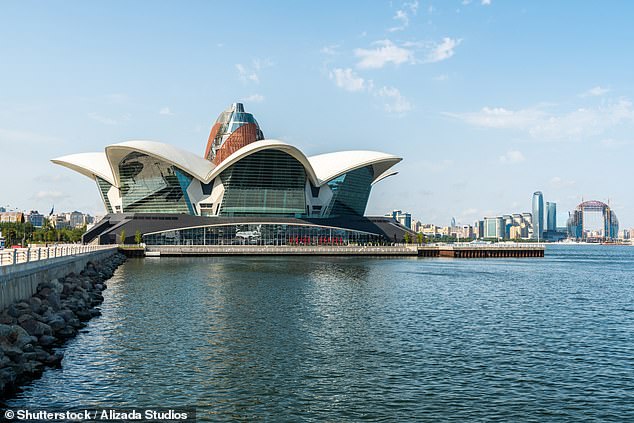 Deniz Mall in Baku, Azerbaijan, opened in March 2020 and is an entertainment, leisure and dining complex

The current tallest water slide in the world is Kilimanjaro according to Guinness World Records, is 49.9m and located at Aldeia Das Águas Park Resort.