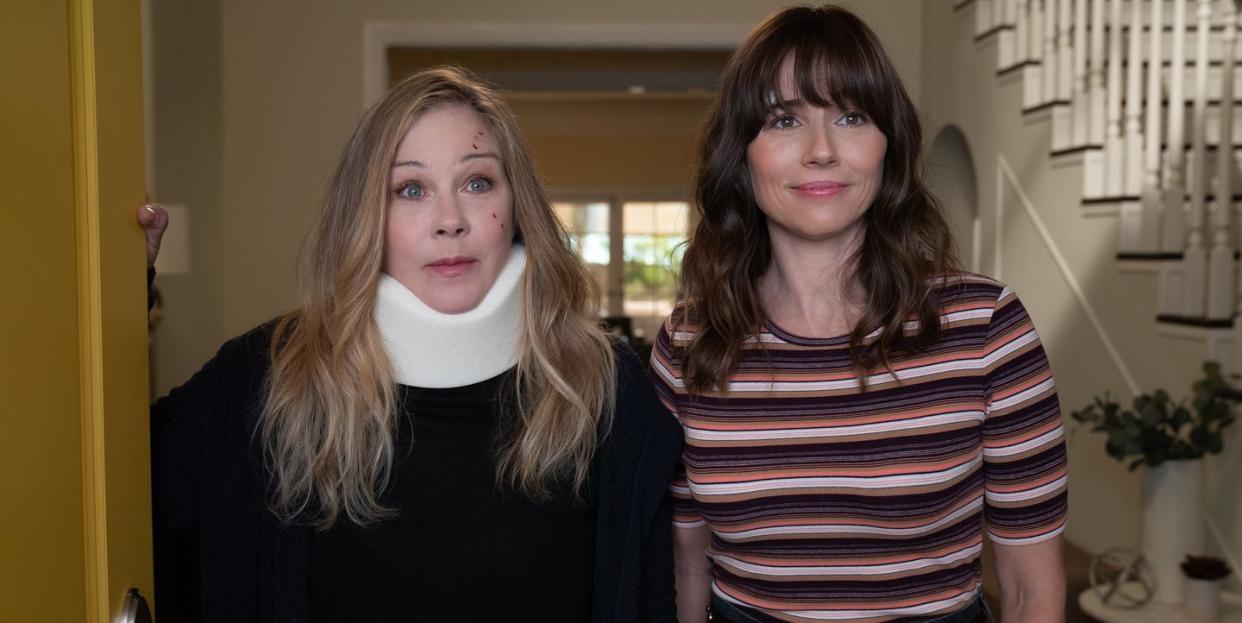 *Spoiler alert: This post includes spoilers for all three seasons of Dead To Me. Proceed with caution.*

was always destined to end in death. For two seasons, the specter of death loomed over every car ride, wine night, and wooden bird appearance. But, the show, centered around Judy Hale (Linda Cardellini) and Jen Harding (Christina Applegate)'s grief bond turned murderous friendship, had yet to make our protagonists experience real consequences for their heinous actions. Sure, a grief-stricken Judy unsuccessfully attempted suicide, and a paranoid Jen almost worried herself into a grave over her possible arrest. But it's not until the final season that their multi-season consequence evasion comes to a tragic end.

Dead To Me is a dramedy operating on a soap opera-esque network of unbelievable serendipity and coincidental entanglements. The show entered its third season on a cliffhanger after Judy and Jen got into a hit-and-run accident after being crashed into by Ben Wood (), the brother of Steve Wood (also James Marsden), the man whose death they tried covering up. This is after Jen killed Steve by bashing his head in with a wooden bird causing him to drown in her backyard pool at the end of Season 1. This is also after, in true General Hospital fashion, Jen finds out Steve has a twin brother she falls in love with in Season 2. And there's a bunch of sex with the police and the police-adjacent, some Greek Mafia run-ins, and social media incrimination in between that led us on this (unnecessarily) winding road to the final season. 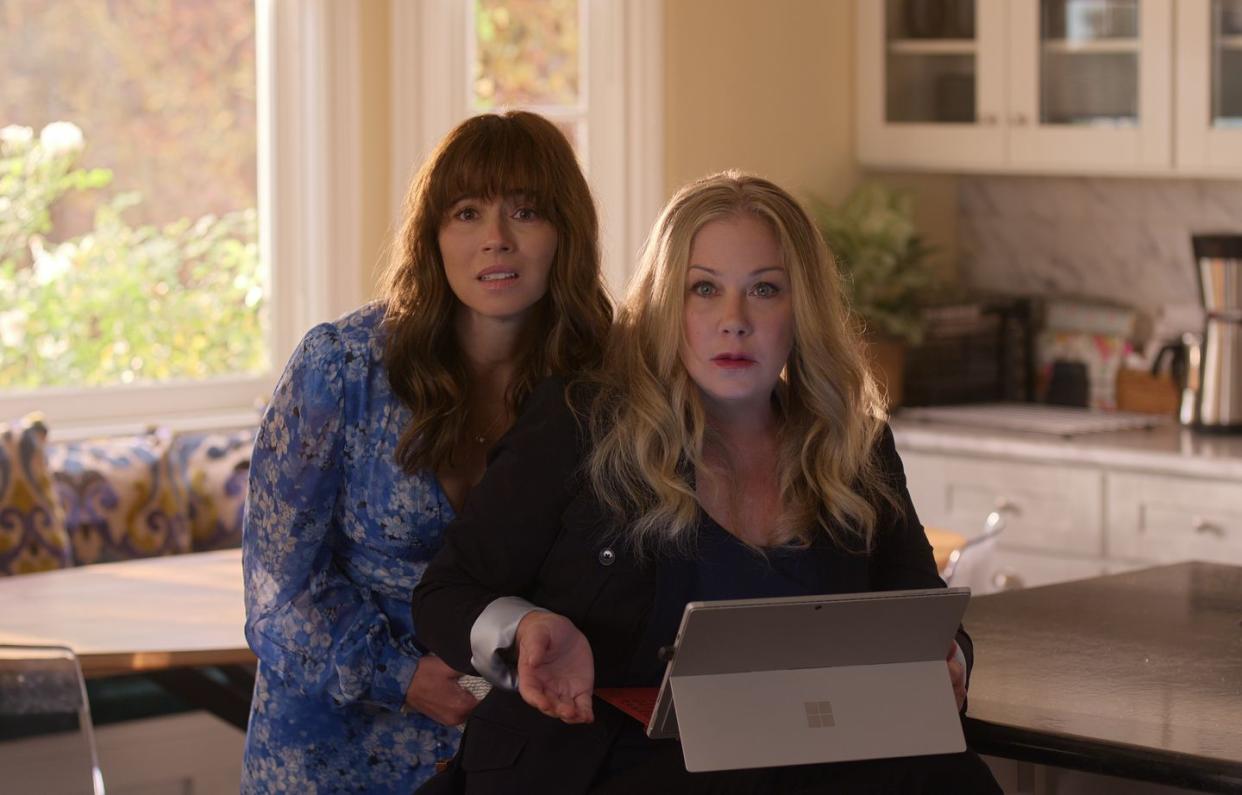 Dead To Me's showrunner and creator, Liz Feldman, imbued Season 3 with an air of finality early and often. After Steve's body is discovered in the woods at the end of Season 2, the police department finally begins investigating his disappearance as a murder. A few episodes later, the chronically positive Judy discovers she has stage four cervical cancer, leading her to ask self-reflective questions like: "Why didn't I have sex with everybody constantly?" In the penultimate episode, this deadly diagnosis inspires the compulsively magnanimous Judy to tell the police she murdered Steve to save Jen and her unborn baby (oh yeah, she's pregnant with Ben's child) from prison. Ben is jailed and released for his involvement in the hit-and-run, the FBI makes the Greek Mafia their main suspects in Steve's murder, and Ben and Jen finally begin their relationship.

Every loose end is tied by the time the credits roll for the final time, including a death that was bound to happen yet still leaves us with more questions than answers.

Did Judy Die In Dead To Me?

After Jen finds out Judy surreptitiously admitted to a murder Jen committed, she does what any accomplice turned best friend would do: hatch an escape plan. For Jen, that plan involves appealing to the empathy of officer Nick Prager (Brandon Scott), whom Judy briefly dated, by pleading to let Judy attend a cancer treatment program in San Francisco for three weeks before he turns her into the FBI. Once he agrees, Jen and Judy hit the road for a Mexican getaway at a palatial estate owned by Steve. Little did Jen know this vacation would turn into a farewell celebration. 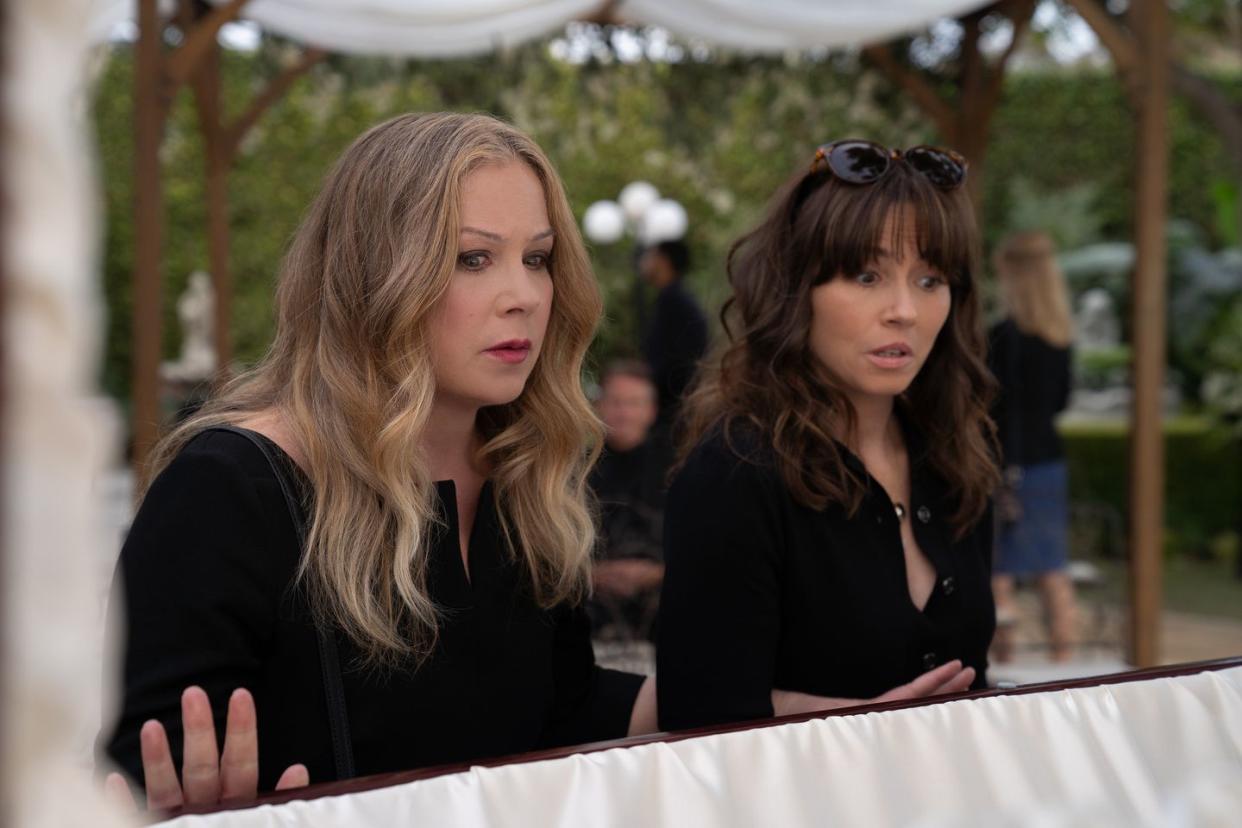 After Judy collapses in the kitchen, Jen begins planning how they can alter their lives back home to beat cancer before Judy somberly informs her she's planning to have a "permanent vacation" in Mexico. Judy never outwardly says she's staying in Mexico to die without burdening her friends and family; it's said loudly in Jen's quiet and tearful realization of Judy's true intentions. The last time we see the two pillars of Dead To Me together alive is in bed, fighting back the tears while watching their favorite show, The Facts of Life. The following morning, Jen wakes up to Judy missing and a handwritten note on her nightstand before she gazes out her window at the boat Judy tried to get her on earlier in the episode. Judy said being out in the ocean on a boat with her pseudo-uncle Paul as a child was the freest she's ever felt, foreshadowing her eventual fate.

The series ends with Jen now being the mother of a daughter named Joey and Ben happily splashing around with Jen's two sons in the same pool she killed Ben's brother in. Although Jen's family and grief circle friends acknowledge that Judy is no longer with them, no one explicitly says she's dead, we never see Judy's dead body nor a funeral for someone Jen considered a sister nor any aftermath of Jen and Judy evading arrest for weeks. Season 3 featured an open-casket funeral for Steve that only had his suit in the casket, so not featuring a scene of Judy's closest friends and family mourning her is a curious omission.

For all intents and purposes, Judy is gone. Is she dead? That's open to interpretation, But with the series ending with its third season, chances are Jen's time on Earth is done.